I’m just old enough to remember televisions with physical controls on the back. These knobs and dials allowed you to alter the quality of the picture. My favourite was the contrast dial. Turn it one way and you could increase the contrast to the point that it hurt to look at the screen. Turn it in the other direction and the picture would look as grey and as flat as a week-old pancake. Nowadays television picture controls are buried deep in an onscreen menu somewhere, which isn’t half as much fun.

Contrast is usually at its highest when a scene is backlit. In this image there wasn’t much that could be done to lighten the shadows. I exposed so that the highlights weren’t too badly burnt out and didn’t worry too much about the shadows.


Contrast control is also found on the menus of digital cameras. However, there will be occasions when there is just too much contrast in a scene. No matter how much you adjust sliders or fiddle with settings you either lose detail in the shadows or the highlights burn out. Techniques, such as high dynamic range (or HDR) photography, have been developed to cope with contrast. Ultimately however, these techniques are really just fiddling around with more refined menu controls.

Personally, I like the physical accessory approach to photography. It’s so much more tactile, and (there’s that word again) fun. The first physical accessories at your disposal are your eyes. Human vision is able to deal with greater levels of contrast than any camera yet built. We don’t see the limited way that a camera ‘sees’. However, when you squint you actually start to get close. If, when you squint, you can’t see detail in the shadows then it’s likely that the contrast is too high for your camera. 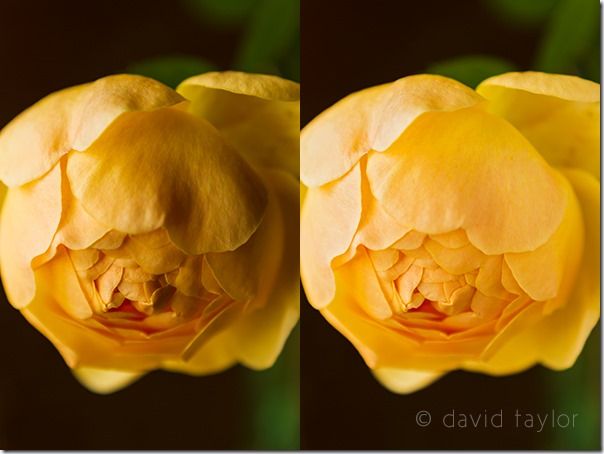 This rose was lit purely by light from a window to the left. Although the light was soft it was still high in contrast (left). A reflector placed to the right of the rose lowered the contrast (right).


To reduce contrast it’s necessary to add or subtract light from certain areas of the scene. Adding light is often the easiest option. This can be done several ways. The first involves using supplementary lighting. This can be as simple as using a camera’s built-in flash as a fill-light. Simple, because generally a camera’s exposure meter will take automatically take the flash into account. It can also be as complex as adding multiple studio lights or flashes. Complex, because the correct exposure must be calculated manually, usually with a handheld meter.

Another method involves using reflected light from the main light source, ‘pushing’ it into the shadows to lighten them. I use reflectors a lot, particularly when shooting macro subjects. They’re lightweight, can be stuffed into the pocket of my rucksack and don’t require batteries. A reflector can be as homemade as a sheet of white card (you can also use silver foil, which is more reflective but tends to produce a harsher effect). However, these days I use commercial reflectors, partly because they’re more robust but mainly because they unfurl with a satisfying twang. 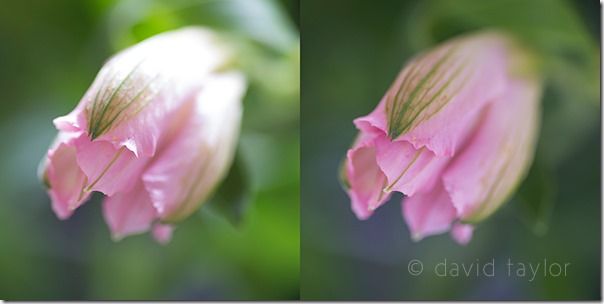 I took the opposite approach to the rose for this shot. The contrast was high enough that the highlights on top of the Alstromeria burnt out (left). I therefore shaded the entire flower with my reflector to lower the contrast (right).


A reflector is usually placed on the opposite of a subject to the light source. However, it often takes a bit of experimentation to achieve the right effect. That’s not too bad if you’re shooting a static subject. If you’re shooting a portrait it’s a good idea to explain to your subject what you’re trying to achieve. Engagement is one of the ways to get the best from your subjects when shooting portraits.

This weekend’s photography assignment is to shoot photos with and without a reflector to see the difference it will make. You don’t have to go out and buy a commercial reflector however. A sheet of white card or paper will be sufficient. Smaller, more intimate subjects will be easier to work with. It will be trickier to find a reflector big enough to deal with a landscape for instance! *

Have fun. I’m looking forward to seeing the results on my PC’s screen soon. Well, that is once I can get the screen’s horizontal hold to work properly...

* Oddly enough clouds act as natural reflectors by softening and filling in shadows. It’s one of the reasons that landscape photographers generally don’t appreciate cloudless days. At least this one doesn’t.

If you would like to learn more about how to control your cameras exposure then why not consider taking one of our 4 week online photography courses I would recommend my Introduction to Digital Photography Course or Nigel Hick’sExposure: Understanding Light