There is some disagreement about the value of adding mycorrhiza fungi when planting new hardy plants, especially ericaceous subjects.

Some doubt their value, while others extol their virtues. However most of us have found them valuable in aiding quick establishment, especially in less than ideal conditions.

The objective when planting any new container grown or bare-root tree, shrub, perennial or seasonal bedding plant is to get the roots to grow out and form an association with the surrounding soil or growing medium as soon as possible.

Establishment means that your new plant will be able to draw water and nutrients from the ground with less regular intervention from you. 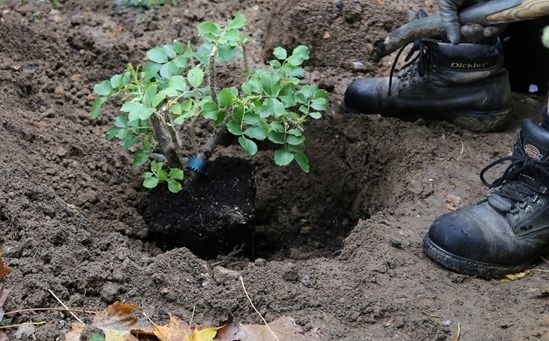 About 90% of plants grow naturally in association with a fungal mycorrhiza in the soil. This is a symbiotic relationship, in which both the fungus and the plant benefit from the relationship.

The fungal mycelium is a web -like structure which forms an association with the roots of a plant.

The fungus takes sugars from the plant while enabling the plant to absorb water and nutrients more efficiently, therefore facilitating growth. In simple terms the fungal mycelium is an extension to the root system.

This is particularly valuable in drought and unfavourable pH conditions and helps with resistance to cold and disease. 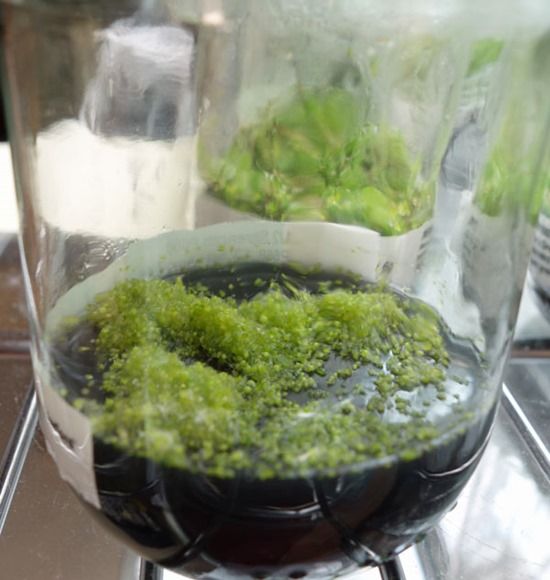 Some plants have developed sophisticated relationships with fungal mycelia; the presence of the fungus may be totally vital to the growth of the plant at some stage in its life and the germination of its seeds. Orchids are good examples.

The fungal mycelia which grow in association with orchid roots is essential for the germination of orchid seeds which will not germinate unless the mycelium is present.

It is thought that this is because the seeds are so small and contain little food reserve that they are dependent on the fungus for nutrients. In the early days of cultivation orchids seeds were sown on the surface of the growing media of established plants.

Later the mycelium was cultivated in sterile agar gel, and the seed was sown on to the gel. 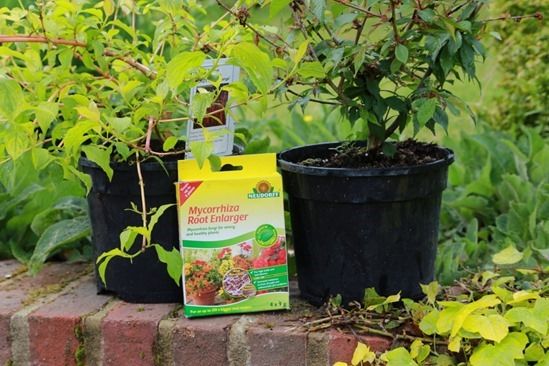 Dried granules of mycorrhizal fungi have become widely used in recent years as an aid to establishing trees and shrubs, especially roses. Their use should help to overcome the problem of rose replant disease.

This problem is not fully understood but it makes it difficult to establish a new rose where one has died or has been removed.

It is thought that when a rose dies in the ground the supporting mycorrhiza system collapses with it and the fungi take a long time to re-establish in the soil.

By sprinkling dried Neudorff Mycorrhiza Root Enlarger onto the bare roots or into the bottom of the hole when planting container grown roses, replacement of soil should be unnecessary. 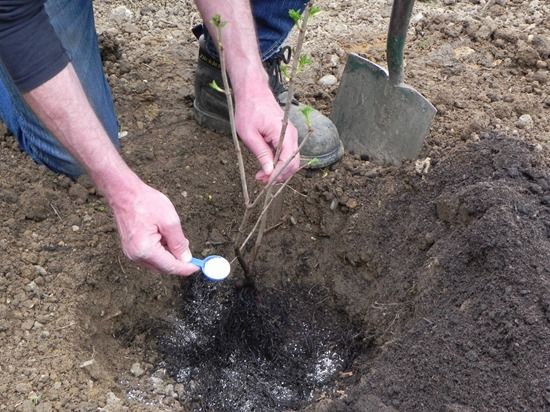 In most soils phosphates are in short supply; these are the nutrients that aid root development. The solution to this is to add fertilisers containing phosphates.

It is thought that excess phosphates actually suppress the development of mycorrhiza fungi, therefore making them scarce in cultivated garden situations.

Adding them at the time of planting or after planting is claimed to increase the effectiveness of plant roots by up to 150 times. 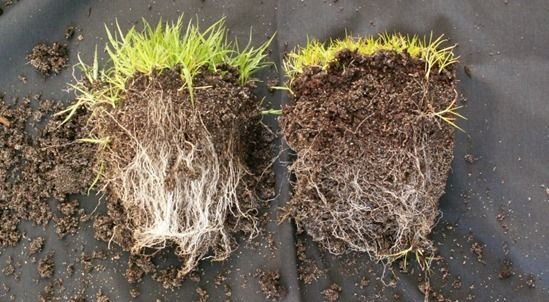 Recently mycorrhiza fungi have been added to some organic lawn fertilisers to help to boost the population in the soil under the grass; here the grass plants are in competition for water and nutrients so anything that extends and strengthens the root system is very beneficial.

Most chemical grass fertilisers are designed to produce lush, green leaf growth rather than healthy roots. Neudorff Organic Lawn Feed and Improver is a good example of an organic lawn fertiliser with mycorrhiza fungi. 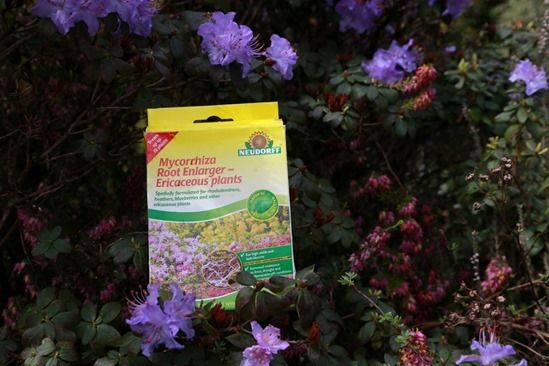 Up until now the mycorrhiza fungi preparations on offer have not been suitable for use with ericaceous subjects.

Also they have not been recommended for use with plants already in the ground which need a boost. Neudorff, specialists in environmentally friendly garden products have launched both a specific mycorrhiza for ericaceous plants and a soluble formula which can be watered on when planting, or after planting on plants that need a little extra help. 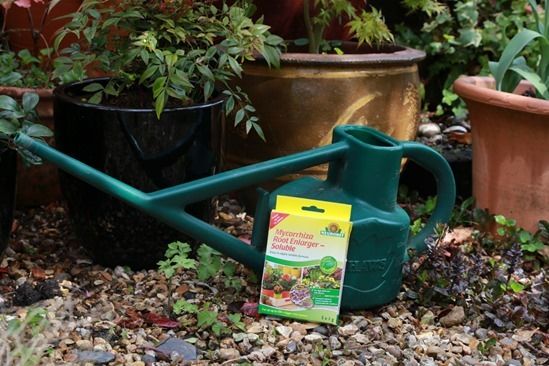 I think they are particularly useful when planting in spring when dry weather is likely to follow at some point during the summer months.

The sooner the roots establish themselves in the ground with the aid of the fungal mycelium, the sooner they will be able to take up adequate water and nutrients from the soil without you having to constantly replenish an easily accessible supply. 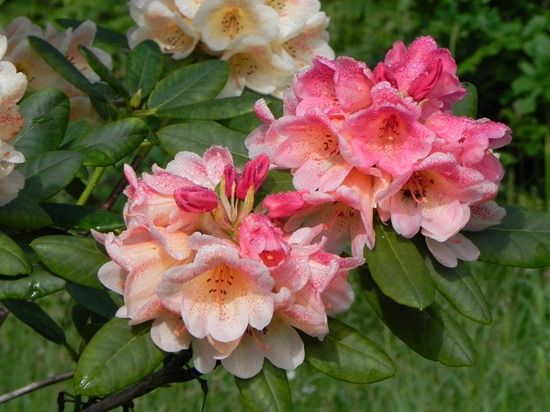 If you want to use granules as a boost to plants already in the ground use a dibber to make three or four holes around the base of the plant and pour a small amount of granules into each. Alternatively use the liquid formulation.

For more information on Mycorrhiza Root Enlarger and other nature friendly gardening products check out the Neudorff website http://www.neudorff.co.uk/