The Impact of your image depends on how you choose to frame it. Here are some of the secrets behind those techniques. 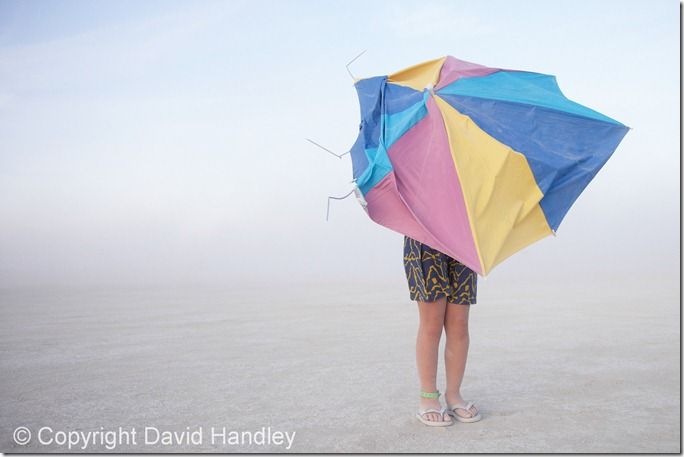 Ask 100 photographers what the trickiest part of composition is and most will put framing as one of the most difficult decisions to make. To be a consistently good photographer, you must have an eye for framing, but in today’s world of multi-million pixel cameras, it’s not as difficult as you might think.

Good framing starts with your subject and an idea of what mood you want to reflect in your finished image. Standing too far back from a small subject will do little to create photographic impact and conversely filling the frame, when you want to give a sense of space, is equally ineffective.

The key question when it comes to framing, is where do you place your subject?  In the centre, off to one side, at the top or near the bottom?  While ultimately this boils down to personal choice, there are a set of design rules to help you create more professional looking images.

Stick to these rules and you will be well on your way to becoming a better photographer. 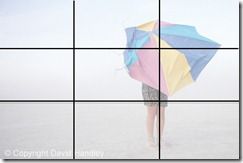 Choosing to site your subject off centre will create a more dynamic image and one that feels more professional. The rule of thirds is the photographer’s most important compositional rule.

Use an imaginary grid and divide the frame into equal parts –This is a terrific rule of thumb!

All images can be placed off centre to create a more interesting balanced feel. In this image of a little girl holding an umbrella; shot by MyPhotoSchool tutor David Handley, he has deliberately placed her one third of the way into the picture on a grid line with the main focal point – the umbrella, on the top right intersection point.

Using this technique, will immediately make an improvement to your photography and help create a sense of balance in your images.

The reason David has placed her to the right of the frame, is to show that the wind is coming from the left. This space helps the viewer understand this; and the dusty, blank background re-enforces the sudden gusty conditions which only adds to the composition.

“ALL SUBJECT MATTER CAN BE PLACED OFF CENTRE FOR A MORE 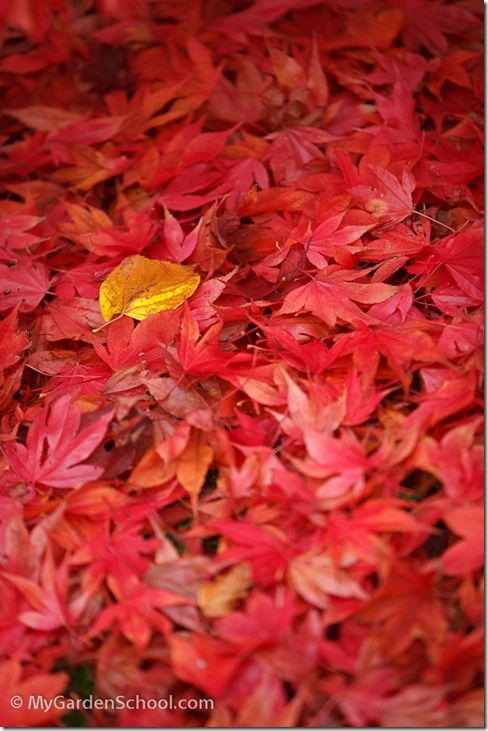 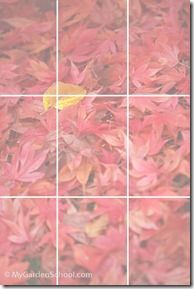 Even the smallest detail benefits from being placed off centre. This single yellow leaf surrounded by a sea of red maple leaves stands out in the image not just because it’s a different colour but because of where it was placed within the composition. 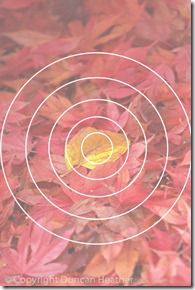 So many photographers create, what are known as ‘bull’s eye shots’.

By placing the leaf in the centre of the image it loses much of its impact.

much of the rest of the composition. 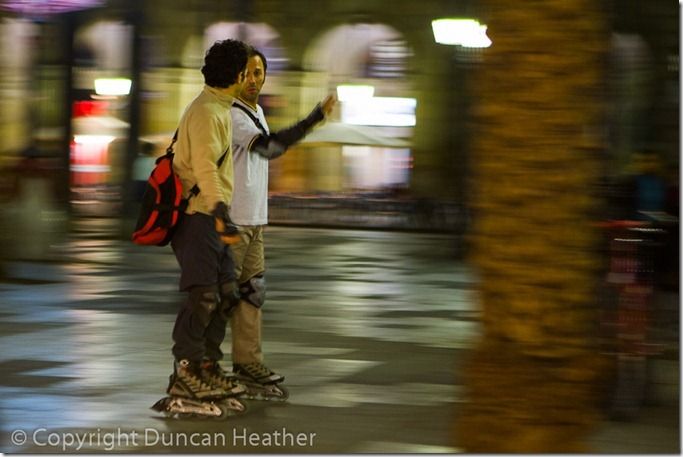 Action Images and photos with movement in them, always have a direction of flow. Leaving space for the subject to move into, helps tell the story about which direction the subjects are travelling. 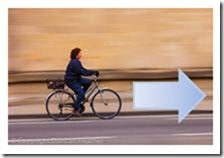 Placing the subjects to the right of the frame, as if they were just about to disappear, would leave the viewer feeling cheated. Showing the view where the subjects are heading, leads to a more dynamic composition.

If you are shooting fast action images, always leave a space into which the subject can appear to move. This will give a much more pleasing composition.

“IN IMAGES WITH MOVEMENT ALWAYS ALLOW SPACE IN FRONT


Rules were meant to be broken, but before you can achieve this you must first understand when and under what circumstances you can successfully go ‘AWOL’.

The rule of thirds is probably the most important compositional rule you can learn but there are times when going for a central composition works. 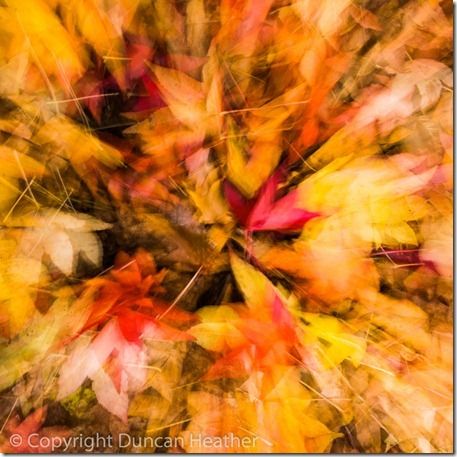 Taken with a long exposure, the photographer zooms in or out of the image while the shutter remains open.

This action by its very nature creates a circular streaking pattern in the image leading from the centre to the outside frame.

This image wouldn’t have been so successful if it had later been cropped off centre as the blurring of the image pulls you to the middle and holds you there.

This image is a good example of how some strong shapes have a natural leaning towards a central composition.

These pylons naturally lead the eye to the centre of the frame and any other placement, would have felt uncomfortable. 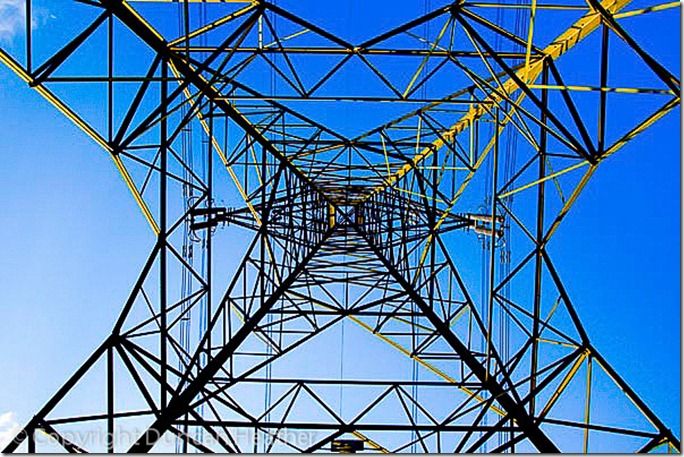 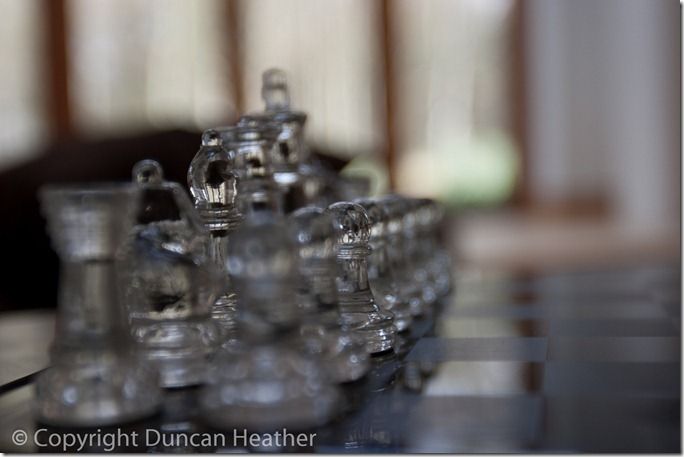 The Chess piece in sharp focus, is the focal point of this image and the fact that it has been positioned centrally, helps to define the composition and highlight the point of sharp focus. This image was taken with a zoom lens and an aperture of f/2.8.

Both the foreground and background are out of focus leaving just the bishop and the pawn as the main focal points.

To Fill or Not to Fill?

WHAT SIZE SHOULD MY SUBJECT BE, WITHIN THE FRAME?


The rule here is, that the size of your subject or any of the components in the picture, should be balanced within the image. Showing the surroundings to an image and therefore putting that image into context, is just as important as one, that dominates the frame. 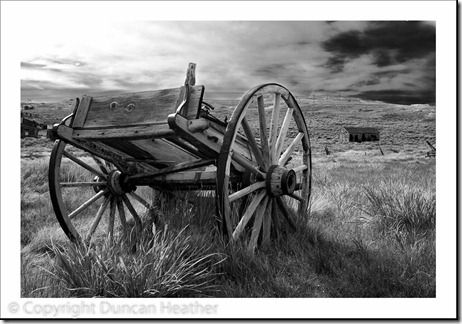 Composing images that are neither frame filling or dot images can be quite tricky as they can lack impact.

However, in this image of an abandoned cart, I wanted to put it into context with its surroundings, but still wanted the cart to be the main subject..

I therefore took this shot with a wide angle lens to bring the cart into the foreground, but still show the surrounding countryside and abandoned mining shacks to set the stage for the picture. 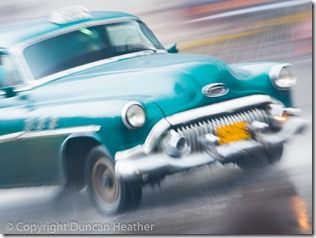 This old car in Havana Cuba was crying out to be a frame filling image.

You still see the speed of the car from the blurred background and the spinning of the wheels, but you can also tell the fact that it was raining, which you would otherwise be unable to make out if the shot was taken from a wider perspective. 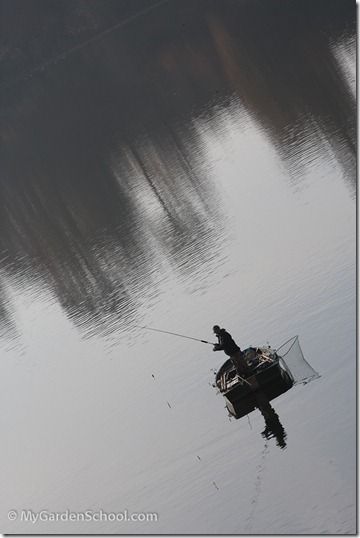 Keeping this man fishing in a boat quite small, instils a sense of scale in the picture even though you can’t see the whole of the lake.

The fact that you are unable to see land, although you do see the reflections of trees in the top, gives you a feeling of isolation and vastness.

The grey tone gives a sense of cold and loneliness and the stillness in the water a sense of calm.

Deliberately tilting the camera, has added dynamisms to the image as everyone is aware water should be flat and level.

If you would like to learn more about photography framing why not consider taking one of our 4 week online courses with personal tuition, weekly assignments and 1-2-1 feedback from some of the world’s top photographers.