The flowering dogwoods are some of the most beautiful shrubs or small trees. A plant in flower in late spring and early summer is a breathtaking site when the elegant blooms sit along the branches like exotic butterflies. Many have the additional benefit of fall foliage colour and some produce attractive fruits after the flowers. They originate from both North America and Asia and are hardy and reliable when they are happy with their lot. I garden on really free draining sandy soil that is low in nutrients; not ideal but they seem to thrive, unless we have a period of late spring drought. 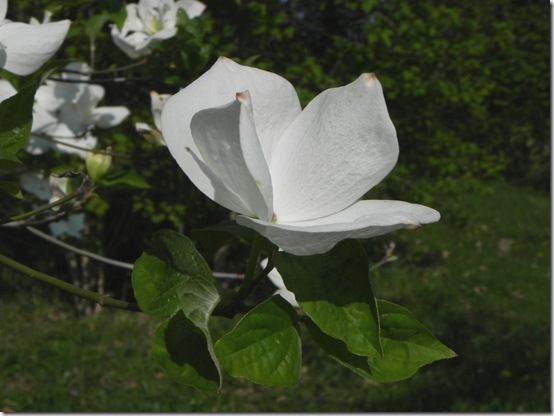 The North American flowering dogwood is famous for its spectacular display of white bracts which surround the central tight balls of true flowers. In my experience the growth is stiff, sometimes bushy and often layered as the shrubs mature. The autumn foliage colour is rich and spectacular. Its botanical name, Cornus florida, is often misleading. Florida, the specific name, in this case means free flowering rather than from the state of Florida. It is a very hardy plant which withstands cold winters and enjoys hot summers which ripen the wood and lead to more flowers and good foliage colour.

Many plants in the eastern USA have been killed by the disease anthracnose and similar disease has been found in the UK. I think news of this may have made gardeners generally wary of planting flowering dogwoods. This is a pity as they are definitely worth persevering with. 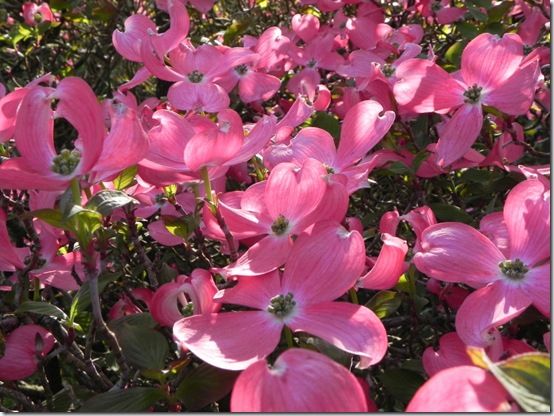 There are a number of beautiful cultivars. I have Cornus florida ‘Rubra’, a lovely form with deep  pink incurved bracts and spectacular scarlet-flame autumn colour with hints of smoky purple. As it has matured it has assumed an attractive conical shape with sculptured branches. 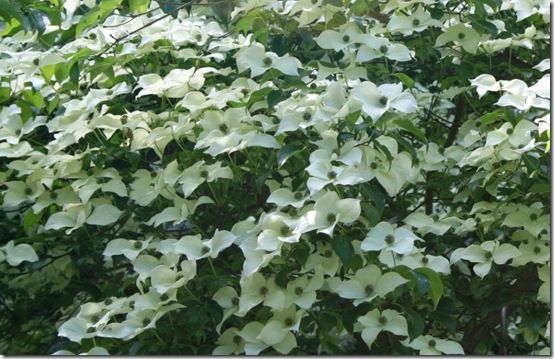 There are also a number of variegated forms which personally I am not fond of. I do however love the golden splashed leaves of Cornus kousa ‘Gold Star’, a delightful variety of the Japanese dogwood. This is a graceful shrub with creamy white bracts and dark green leaves, each with a deep golden splash. In autumn the centre of each leaf turns red and the margin purple. 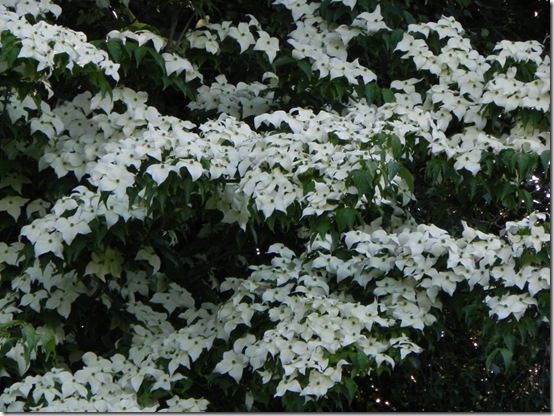 The elegantly pointed bracts of Cornus kousa are carried on delicate upright stalks so they float above the branches. Cornus kousa itself originates from Japan and Korea. When in flower the flattened branches are shimmering sheets of creamy-white black-eyed blooms. ‘China Girl’ is a popular variety with larger flowers, freely produced. However Cornus kousa var. chinensis from China is the most widely grown for its elegant open habit and reliability. Cornus kousa often produces hanging dark red fruits and always displays fabulous fall foliage colour. 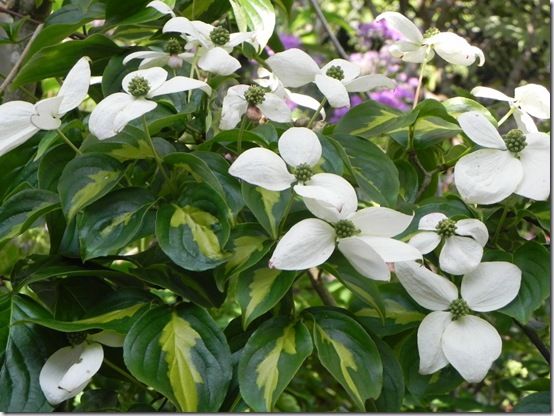 However for me the loveliest of the varieties is Cornus kousa ‘Satomi’. This is usually shorter and more spreading in habit with arching branches smothered with deep salmon pink bracts. It also has excellent autumn colour. 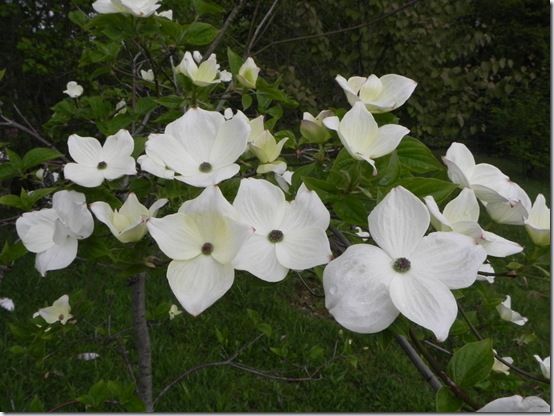 The earliest dogwood to flower in my garden in the south of England is the well-known Cornus ‘Eddie’s White Wonder’, a is a hybrid between Cornus florida and Cornus nuttallii. It was raised in America and has proved popular in the UK and other parts of Europe. It is compact and upright with layered branches carrying spectacular large white bracts; the leaves colour brilliantly in autumn. It is a good choice for smaller gardens because it goes upwards rather than spreading out. 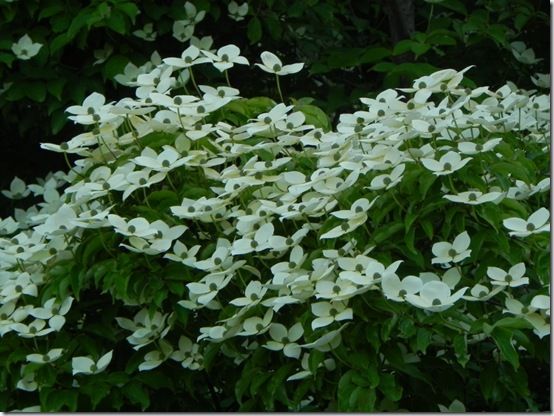 Cornus ‘Porlock’ is the other hybrid flowering dogwood that every gardener should know, and grow if at all possible. This makes a lovely small tree with spreading branches and semi-evergreen foliage. The bracts start creamy-green, then cream, them white and finally lush pink before falling. Strawberry-like fruits hang from the branches in autumn creating a fine display, almost as spectacular as the tree in flower.


They like fertile well drained soil with plenty of organic matter, however they are more tolerant of less than ideal conditions than many imagine.

They do not require pruning and ideally this should be avoided to promote a natural habit.

Cornus ‘Porlock’ could be grown in a large tub of lime-free loam based compost.

Cornus kousa varieties can take a few years to flower; Cornus ‘Porlock’ and Cornus kousa ‘Satomi’ both flower from a young age.

Avoid exposed windy conditions; plants in full flower can be susceptible to damage.

Flowering dogwoods look stunning in rural settings, in meadows and paddocks and against a backdrop of birch trees.

Would love to know your experiences of growing flowering dogwoods: do share your thoughts below.