By mid-spring we are already harvesting salad leaves and radishes from the small VegTrug down close to the house. I have had the cover on this one, but open at the front to allow good air circulation. I found when it was closed up all the time the crops suffered from some damping off; when the cover was off altogether they got battered by the wind. So the moral of the story is: site your containers, whatever they are in a sheltered and sunny spot. 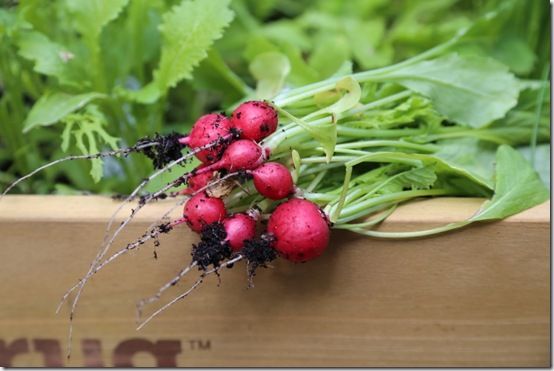 The radishes I’ve grown are the red, round rooted variety ‘Jolly’. They’ve matured quickly and I must say it’s a treat to pull them and find perfect roots that are clean and not full of holes from slugs and soil pests. I did sow them rather thickly so some have bolted without producing edible roots. I have sown another lot down on the vegetable plot and certainly it is time for another sowing in this VegTrug to maintain a reasonably constant supply. 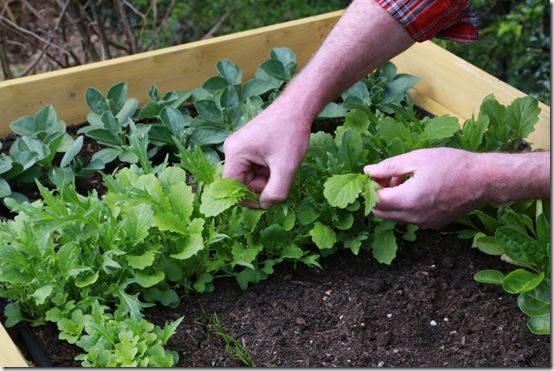 We have been harvesting leaves of ‘spicy salad mix’ and rocket from the small VegTrug for three weeks or more. However the same variety of salad mix sown down in the medium vegTrug on the vegetable plot has just about caught up. Here the leaves are stronger and have a better flavour because of the sunnier position. I’ve also grown these without the cover and the weather has been warm. 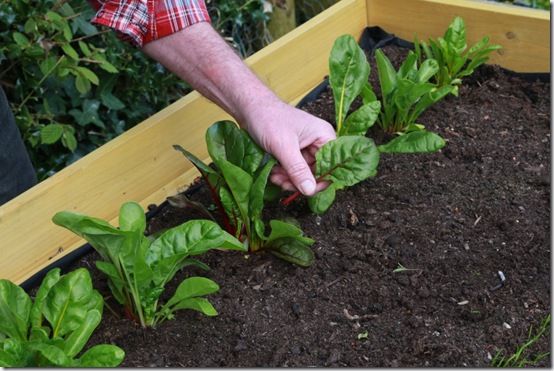 The rainbow chard I planted as plug plants have grown really well. I planted some of the same batch into the open ground; they have grown reasonably, but nowhere near as well as those in the VegTrug. These are now large enough to pick a few young leaves to add to the salad mix; their flavour is good. I think they taste better than young spinach leaves – they are prettier too. 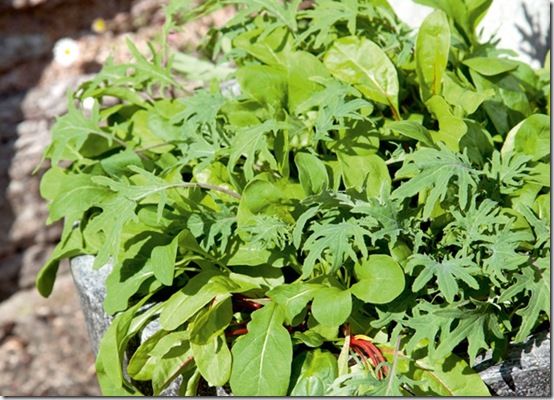 I’ve also sown a row of another speedy salad: ‘California mix’. I like this one because it has red Russian kale in it. This is a delicious leaf that can be eaten raw when young or stir fried when it is older. I first had it crisp fried at Sarah Raven’s and have been completely sold on it ever since.

The broad bean ‘Robin Hood’ that I sowed in both VegTrugs look really good, especially the ones down on the vegetable plot, where I am sure the compost stays warmer with the sunshine. I also planted some dwarf broad bean ‘The Sutton’ in the open ground. These germinated perfectly but I’m afraid they have been attacked by mice. I first blamed the pigeons but on investigation found that the seeds had been exhumed and eaten, the shoots left on the soil surface. 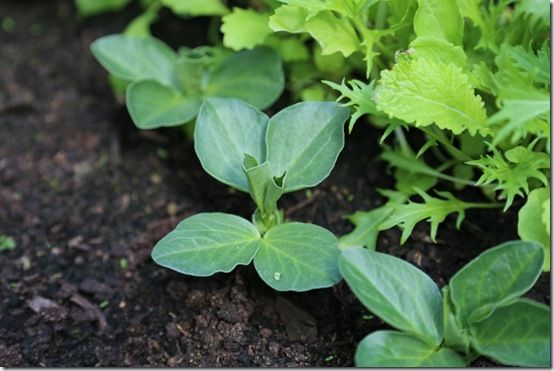 I now wish I had used the spare space in the VegTrug early in the season as a nursery bed as I originally thought. It’s ideal to raise beans, courgettes, squashes and other vulnerable subjects up, out of the way of slugs, mice and other pests. I’m going to use it to sow some climbing French beans. These and runner beans do need warm enough conditions to germinate so I’ll start some indoors in pots in the conservatory just in case. When they are through I’ll transplant them into the open ground and use the space in the VegTrug to grow another crop. 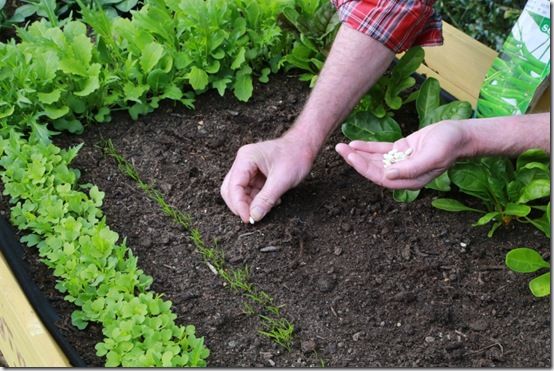 I am particularly keen on climbing French bean ‘Blue Lake’. This produces succulent pods with a wonderful flavour. It is not as vigorous and overpowering as runner beans and it is easier to pick than bush French beans. I also find it goes on much longer and holds on the plant without going stringy and woody if you miss a picking or two. 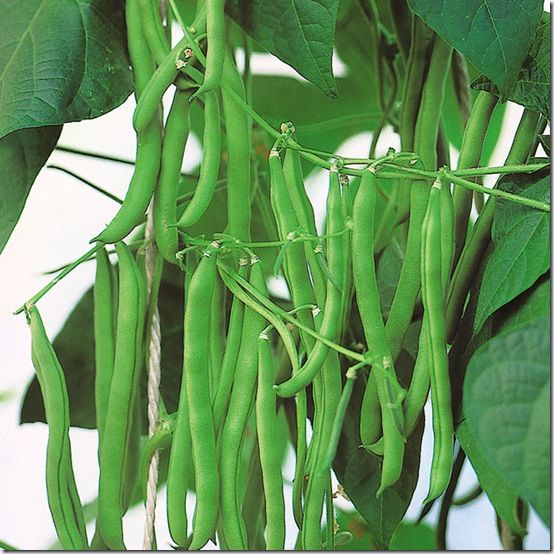 I’m going to grow it up ‘VegTrellis, a brilliant new means of support which can be used in conjunction with your VegTrug. I’m going to use it to support crops grown in the open ground instead. It comes in two different heights: two panels with hinged clip fastenings. These are easy to clip together as you wish. 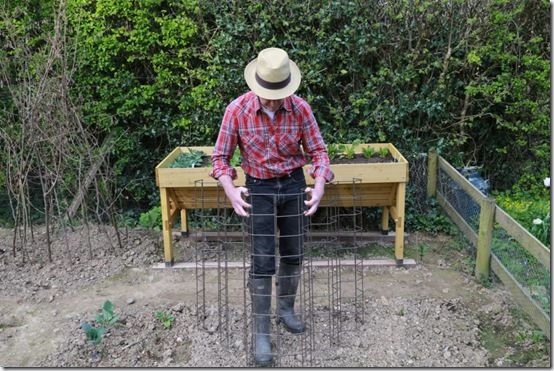 You could use VegTrellis on the wall behind a VegTrug, or you could use it actually on the VegTrug. I’m using it on the soil in front of the trug. Although I like my hazel or cane pyramids for climbers, they do cast shade if I use them further forward on the plot. The VegTrellis isn’t as high and you can position the hinged panels so that they are pretty well self supporting. I will add a couple of stout canes for additional stability. Using two panels like this you don’t have the problem of planting along the shady side where nothing really grows anyway. 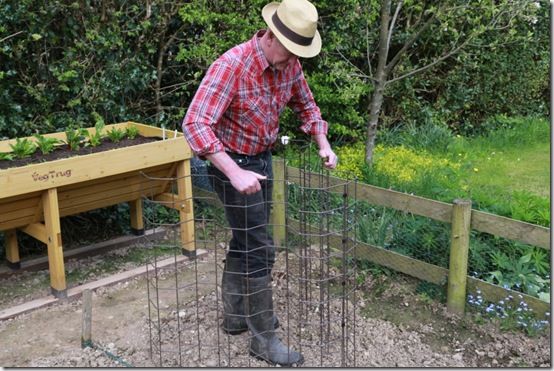 Also do visit the VegTrug website for lots of planting tips and to see the full product range. 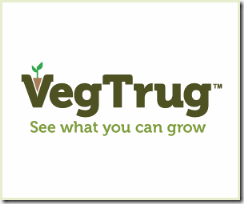 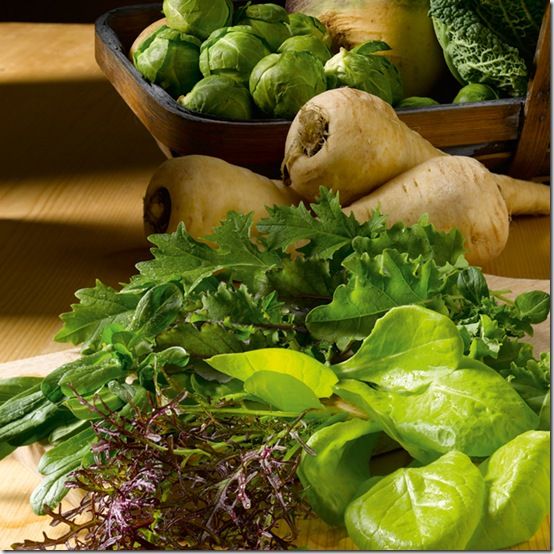