I came across the the quite outstanding photography of Rosie Nixon on Google+.   Where unsurprisingly Rosie has attracted a lot of follows.  We invited Rosie to share her passion for flower photography and garden photography on the MyGardenSchool Blog. 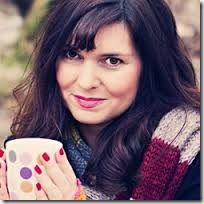 I grow photos …what about you?  My photos come from within; I see them with my minds eye even as I sow water and tend them as plants.  Back in the days of film my garden was always a backdrop for the photos of the kids; they usually had to pose beside a flower that I wanted photographed.  Very rarely did I photograph a flower on its own but when digital came along all that changed. 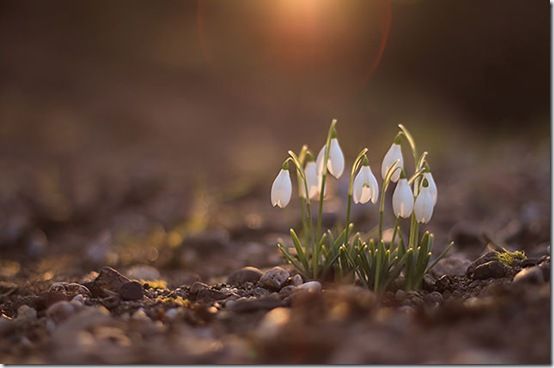 I've never claimed to be a tidy gardener but the love of gardening runs deep within me.  Some days I might start out with the best intentions but then I get distracted.  Bees, ladybirds or the light falling beautifully on a flower or leaf is always a photo opportunity and the weeding or mowing the lawn has to wait that bit longer.

Taking photos helps me to to become a little more aware of what's going on in the garden. I primarily take macro photos but it all depends on where I am or what draws my attention.  I really appreciate the beauty of the simple little things — it’s beauty on a small scale.  Things that we look on as common and often overlooked can be transformed when viewed through the camera lens. 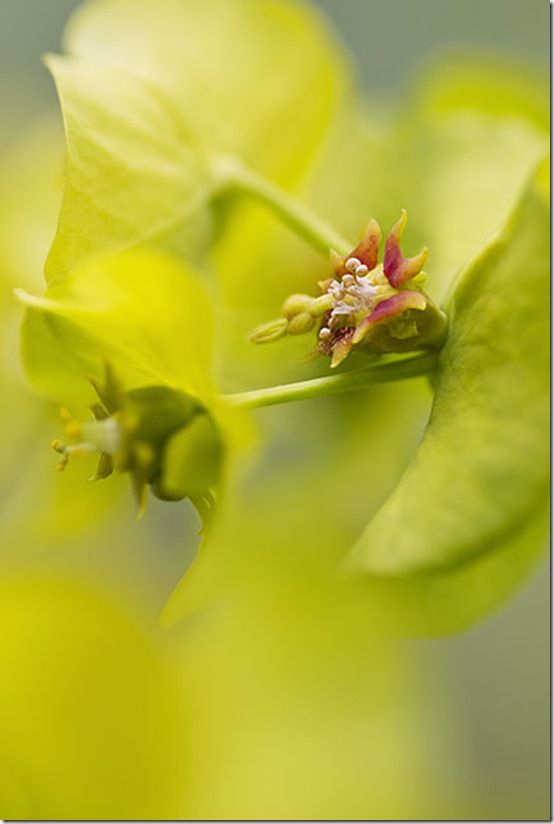 Over the last few weeks I've asked many gardeners if they take photos of their gardens.  Many do and I asked them what was it about taking photos that appealed so much to them.

Most said that they enjoyed capturing the changing seasons throughout the year.  From the new growth in early spring to the graceful decay during autumn and winter.  Every year was different.  They enjoyed looking back on previous years photos especially during the winter with anticipation and hope for the year to come. 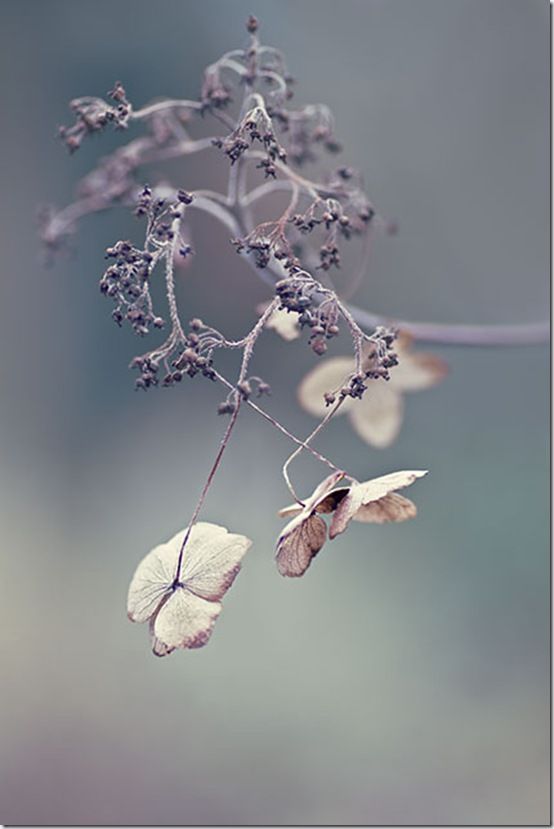 Everyone I spoke to appreciate the abilities that digital cameras, camera phones and tablets have these days compared to the more restrictive days of film.  Several gardeners used their camera to record such things as new plants in their gardens and their planting positions - their rates of growth and how those plants worked or didn't work with others near by.  They took photos of the parts of the garden that needed more colour and used the photos as a reference when buying seeds or bulbs. They also enjoyed going on garden visits and took inspiration back to their own gardens through the photos they had taken. 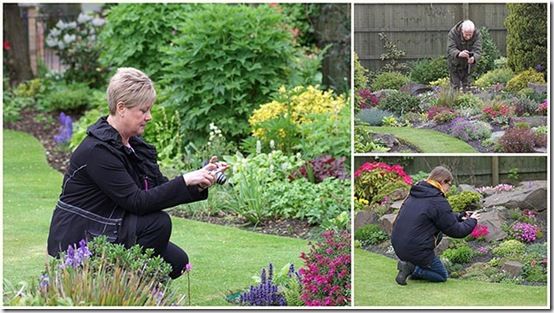 But I think it goes much deeper than just keeping a record or using as a reference ...we gardeners also want to tell our story.

Many said that through their photos they could show a sense of place in the garden. They liked to show others the focal points in their gardens and the accents of colour throughout the seasons. They could also be selective in what they showed leaving out the weedy or less colourful parts of the garden. They also wanted to share those photos with their friends and family. The act of sharing and inspiring others gave them lots of satisfaction too. 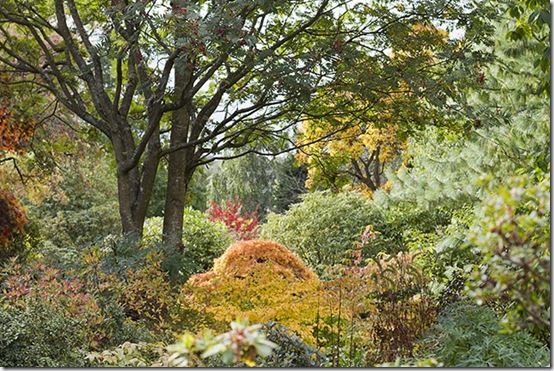 A few that I asked also enjoyed macro photography as it opened up a whole new world of discovery for them. Taking photos of the wildlife in their gardens encouraged them to find out more about the life cycles of the bugs and insects. They started to appreciate how alive nature really was in their own little garden; something they hadn't felt since they were a child.  They could engage and connect with the wildlife through the lens and felt satisfied that they as gardeners had their part to play in sustaining that life. 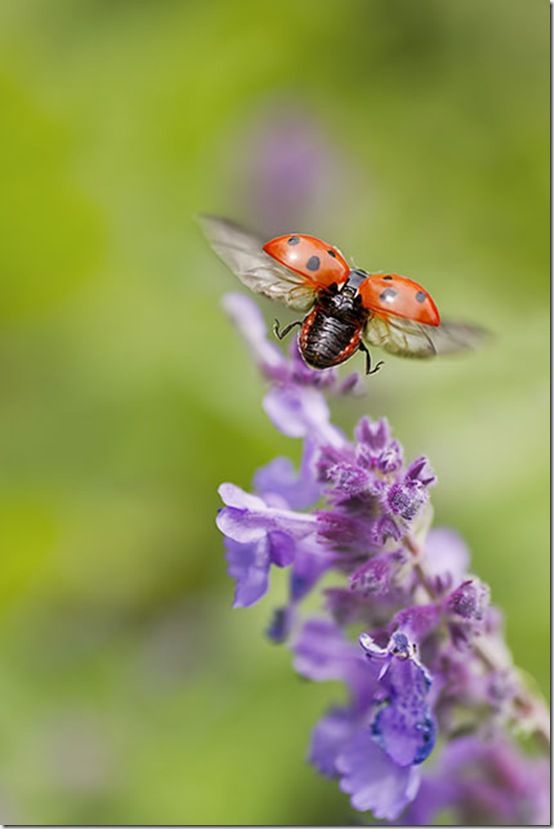 One person told me that it was a good place 'to lose himself' with his camera while another couple found it to be peaceful and satisfying as their garden was their sanctuary.

Another gardener told me that she always photographed her children in the garden until one by one as they got older they started running away from her.  She told me that at least nowadays the flowers can't run! 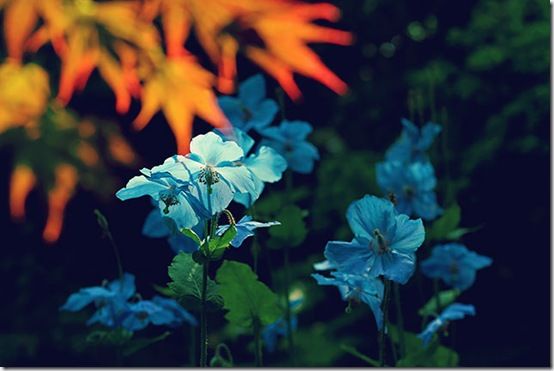 So if you're one of those gardeners who doesn’t take photos of your garden then I encourage you to go outside with whatever camera you have and get creative.  Let your garden become your own studio. There's so much going on in our gardens that you'll otherwise miss. 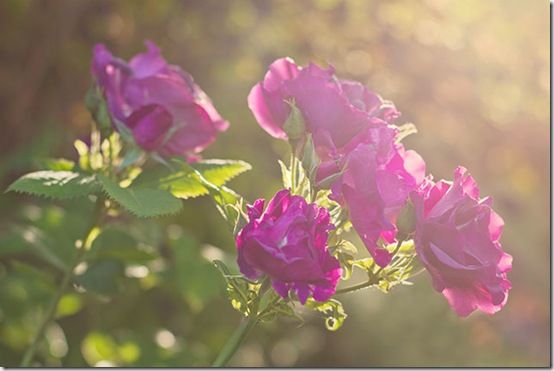 Early mornings, evenings and cloudy days are the best times to take your garden photos.  Get down on those knees or even lie down and take a glimpse of your garden through a viewfinder or LCD screen.  Take your time and let your eyes roam.  Look for patterns, textures, shapes or colour - something that grabs your attention.  Then after you press that shutter button you might be pleasantly surprised by what you've captured!