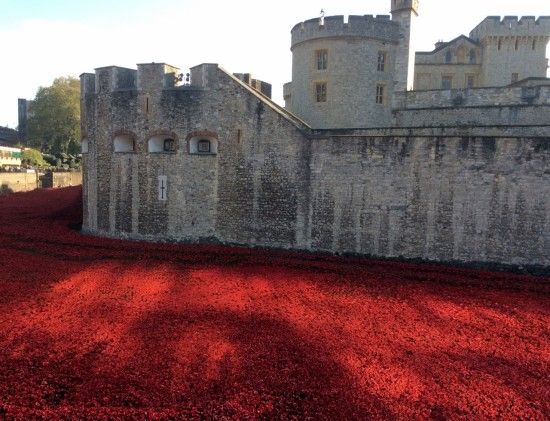 2014 is the one hundredth anniversary of the outbreak of the First World War.  In Remembrance an evolving art installation has filled the moat of The Tower of London with 888.246 handmade ceramic scarlet poppies. Each poppy represents a British military life lost during the conflict.  The installation is the work of designer Paul Cummins and stage designer Paul Piper.  Crowds have flocked to see the poppies and few visitors can have failed to be moved by its beauty and what it represents. 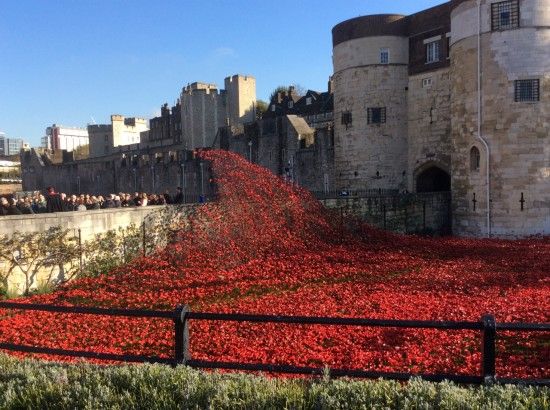 I visited early one morning this week, a glorious late autumn day when the installation was nearing completion. The last poppy will be put in place on 11th November 2014 in a final act of this year’s Remembrance.  I visited before the crowds, but there were still plenty gathering to walk, admire, think and reflect. I think the scale of it and what it represents is quite overwhelming and I am sure most will take the long walk right around the tower to see all aspects of the moat. Some poppies bask in sun, others in shade. Some in crowds, others in small, hidden niches: every one important to the overall effect. It is clever, thoughtful and powerful. 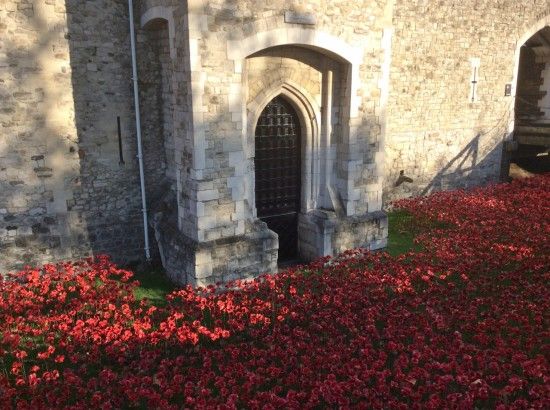 The poppies have been on sale since the outset. A percentage of the proceeds to be shared between six service charities.  By the time I visited all 888, 246 poppies had been sold. Amazing and comforting that so many want that lasting reminder. 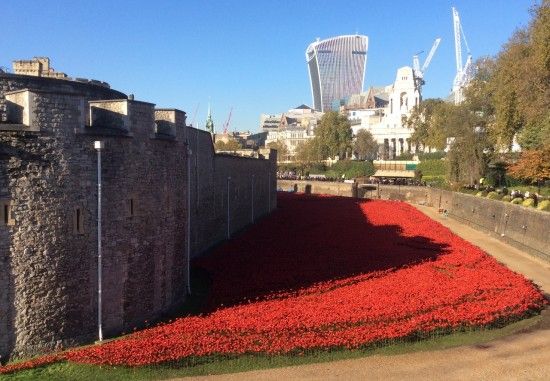 The name of the installation is Blood Swept Lands and Seas of Red. Paul Cummins is an innovative ceramic artist. The inspiration for this project comes from a line in the will of a soldier from Derbyshire who joined the army in the early days of the war and died in Flanders. As everyone around him was dead and he was surrounded by a sea of blood he wrote the line: “The Blood Swept Lands and Seas of Red where Angels fear to tread”. 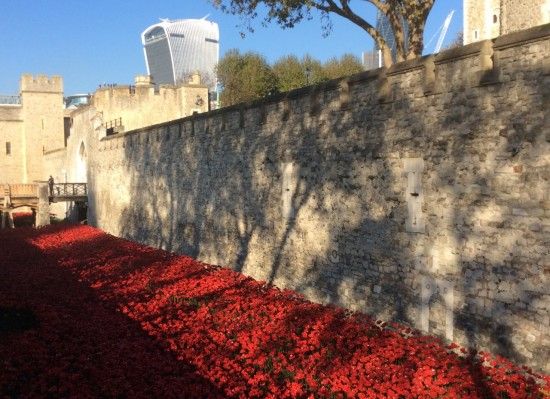 Many of the poppies were handmade in Paul’s ceramic studio and other traditional potteries contributed to the efforts. Whichford Potteries of Warwickshire in the heart of England made 100,000 of them. I have featured Whichford pots on several occasions on this blog. 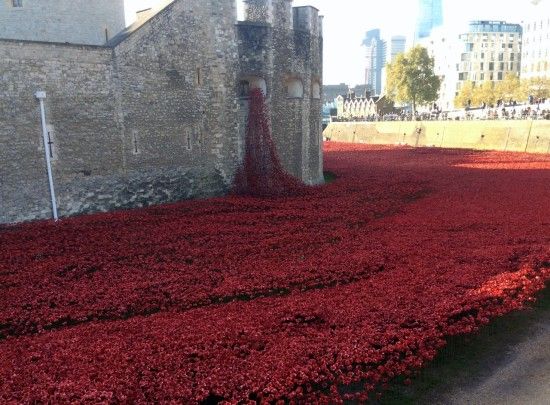 The poppy has become the symbol of Remembrance because of its prolific appearance over the fields of Flanders after the soil was disturbed by trenches and shell fire during the war.  As if reflecting the atrocities that went before scarlet poppies filled the fields with seas of red.  Poppies only really succeed in disturbed ground; hence their appearance in cornfields and their disappearance from meadows after the first season. 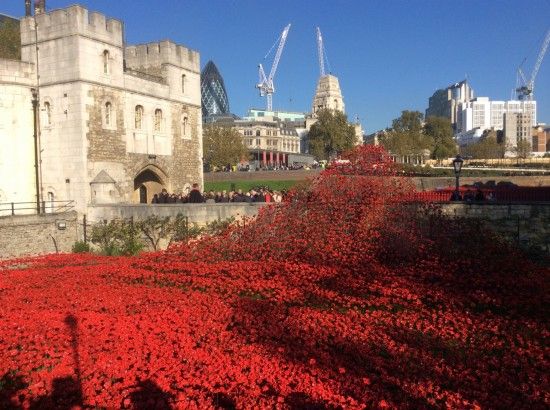 Many packets of poppy seeds have been bought, given and sown during this anniversary year of the outbreak of the First World War.  I have had so many reports that they haven’t germinated. That’s not unusual and maybe it is rather appropriate. I expect they will spring forth and produce their shining scarlet blooms next year or at some point when the ground is hoed forked or disturbed in some way. 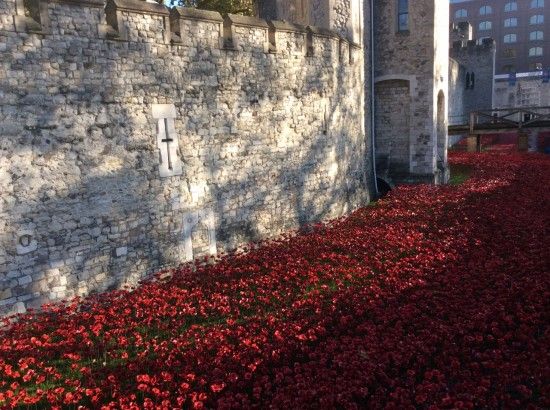 The poppies will gradually disperse after Remembrance Day as they find homes with their new owners. However their memory and what they commemorate will never be forgotten. 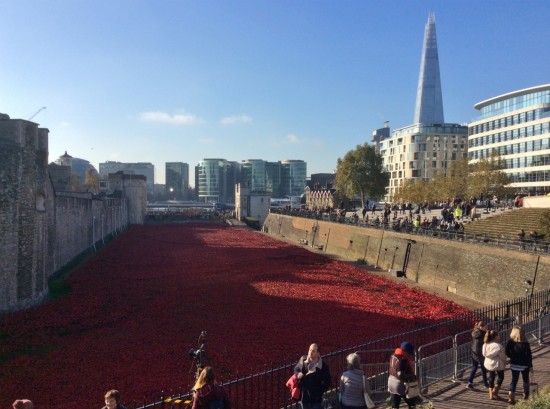 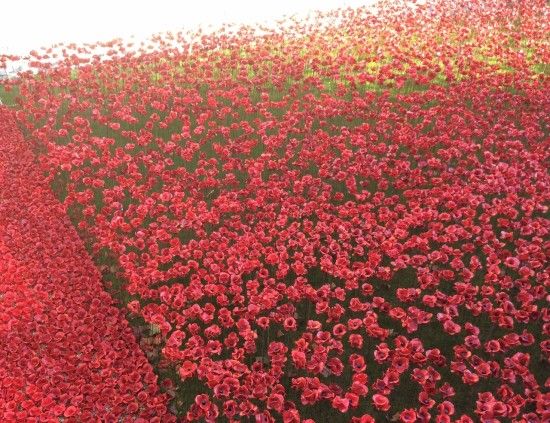