Osborne House was the private country retreat of Queen Victoria and Prince Albert. Right on the coast of The Isle of Wight, just off the south coast of England it provided them with a place to escape from the Court and London and enjoy some privacy. Prince Albert was very involved in the Italianate design of the house and of the gardens. They planted trees extensively in the park, many of them new introductions into cultivation. Albert was also keen to involve all the children; each child had his or her own vegetable plot alongside the Swiss Cottage in the grounds of the house. They were also regularly taken by Albert to assist with tree planting, although apparently he always took over! 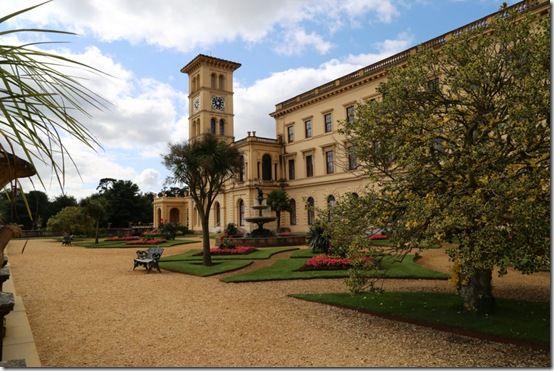 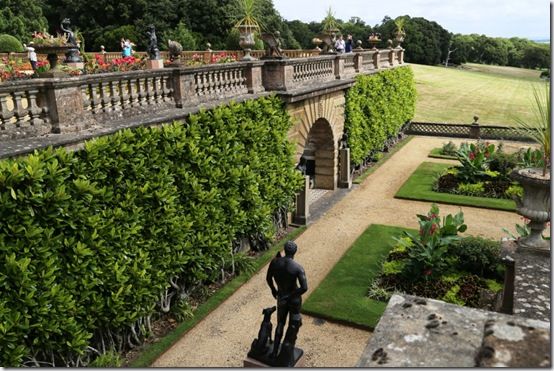 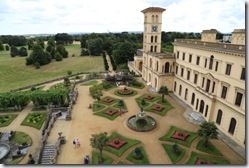 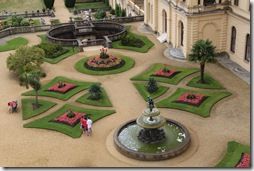 The Italianate terraces feature Magnolia grandiflora trained the full length of the lower terrace wall. This is the original plant, planted by an impatient Albert even before work on the construction of the terraces was complete. It also features the famous Osborne myrtle, Myrtus communis. Sprays of foliage have been cut from the myrtle for every Royal wedding bouquet since Queen Victoria’s day. The custom began when Victoria visited Germany with Albert and she was given a posy containing myrtle as a symbol of health, happiness and fertility, a custom that stated in ancient Greece. Albert and Victoria brought the custom to England. 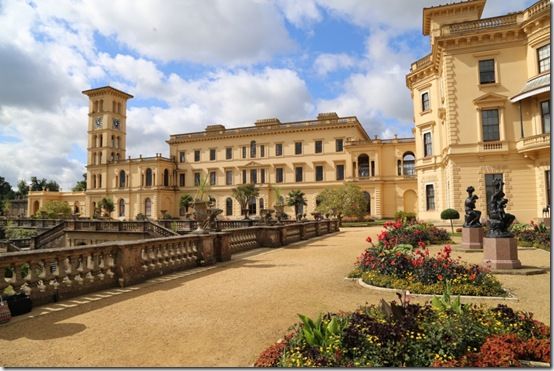 In summer the formal Italianate bedding schemes on the terraces are a spectacular feature. The layout is as it was in Queen Victoria’s day, even if the plating palette has changed a little. Victoria liked familiarity and she preferred to have the same combination of plants year after year. Today Osborne House has many regular visitors and they like to see something different on every summer visit. The challenge for the gardening team, led by head gardener Toby Beasley is to come up with a scheme that maintains the spirit of Victorian planting but uses modern varieties.

Some of the planting uses ribbon bedding: a technique of concentric rings of different subjects: coleus around the edge, and within that a ring of dahlias and perilla. 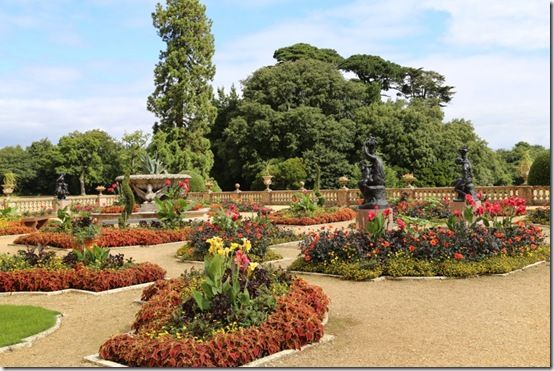 The dark foliage of the dahlias was stunning with the crinkled dark leaves of perilla framed with glowing coleus. Through the centre of each bed exotic dot plants in the form of ricinus, helianthus and canna provide strong contrast in foliage and form. These plants that we think of as so contemporary were even more popular in Victorian times. Today we work with a handful of canna varieties; the Victorians had literally hundreds at their disposal. 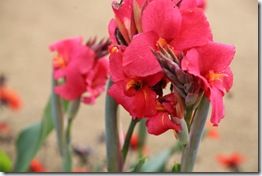 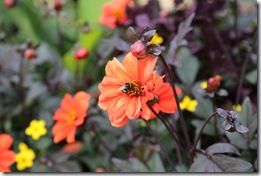 The outer beds are edged with two cheery little subjects with golden yellow flowers. One is a dwarf form of bidens with starry buttercup flowers. The original form was rampant and trailing; this one is compact and sits well alongside the bolder subjects because of it’s finely cut foliage. The other is the charming sanvitalia with tiny dark-eyed golden flowers reminiscent of miniscule zinnias. 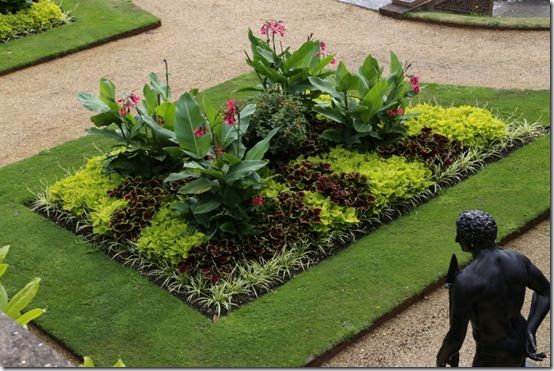 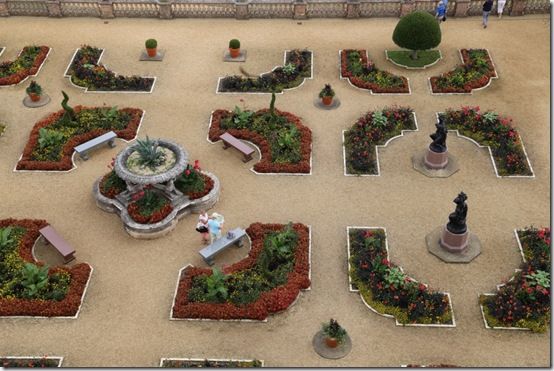 The Victorians liked patterns and on the lower terrace, clearly visible from above, a paisley design has been used in the layout of the plants around central features of cannas and cordylines. Lime green ipomoea and dark leaved perilla make a striking contrast; the overall effect is rather like an exotic carpet. Obviously the pattern changes and becomes softer as the season progresses and the plants grow. However Toby makes the point that the pattern is there from the day the beds are planted because of the formal nature of the scheme; so the effect is maintained even before the plants grow and develop.

On the day I visited the terraces were exceptionally warm and sunny. The views are across the park and out to sea; a vista that would probably have been more open in their time. The grounds lead down to Queen Victoria’s private beach which is now open to visitors.

In front of the house a Sequoiadendron giganteum towers above the woodland beyond. This was planted by Victoria only a couple of years after its introduction into cultivation. It’s interesting to think that she would have had no idea what it would look like today. At least they planted for the future as well as for themselves; sadly I don’t think we do enough of that today.

Osborne House is located only a short distance from Cowes on the Isle of Wight, England.