It has become fashionable to talk about the urban commons, and it’s clear why. As our cities become increasingly privatised, some people are choosing an alternative: participating in urban commons – Allotments, gardens and urban farms owned and run by communities for the local neighbourhood.

Now that more than half of the global population lives in cities, it makes sense: growing food where most food is eaten.

As people come together to both build communities and grow local food to help enhance sustainable food production, we wanted to share with you some of our favourites in the hope to inspire more communities. Below we’ve rounded up a selection of community gardens and food-growing projects from all around the world. 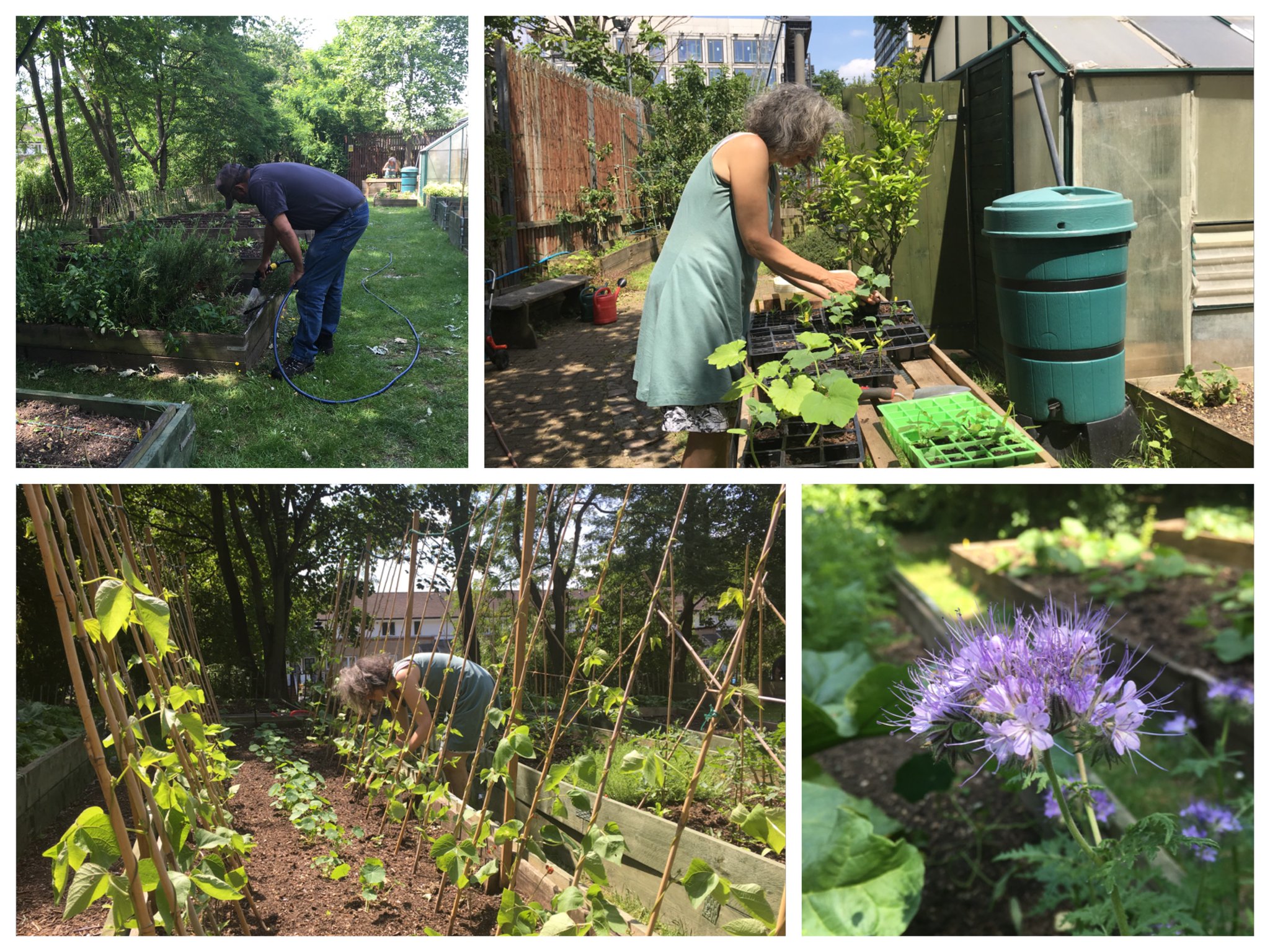 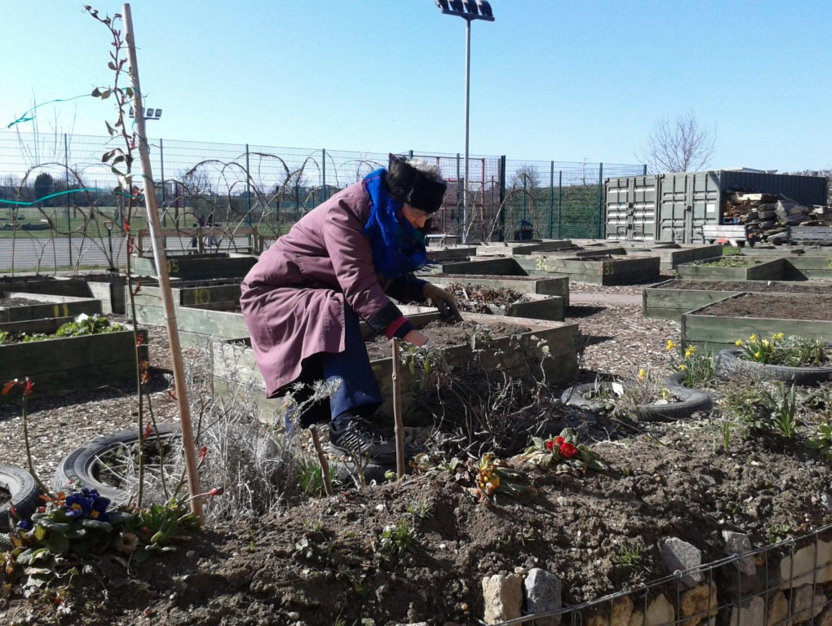 This is the extraordinary Back2Earth project, Harmony Gardens, based at the Broadwater Farm Community Centre in Tottenham. Since 2004 this programme involves environmental volunteering and green skills training projects, mainly for marginalised and disadvantaged people.

Back2Earth is a local community regeneration and environmental charity that aims to transform people's lives in this diverse area by enabling them to engage with - and make productive use of their immediate environment.

Much of the produce grown in the garden is used in the Back2Earth cafe situated in the centre next door, with the menu changing according to the days harvest. 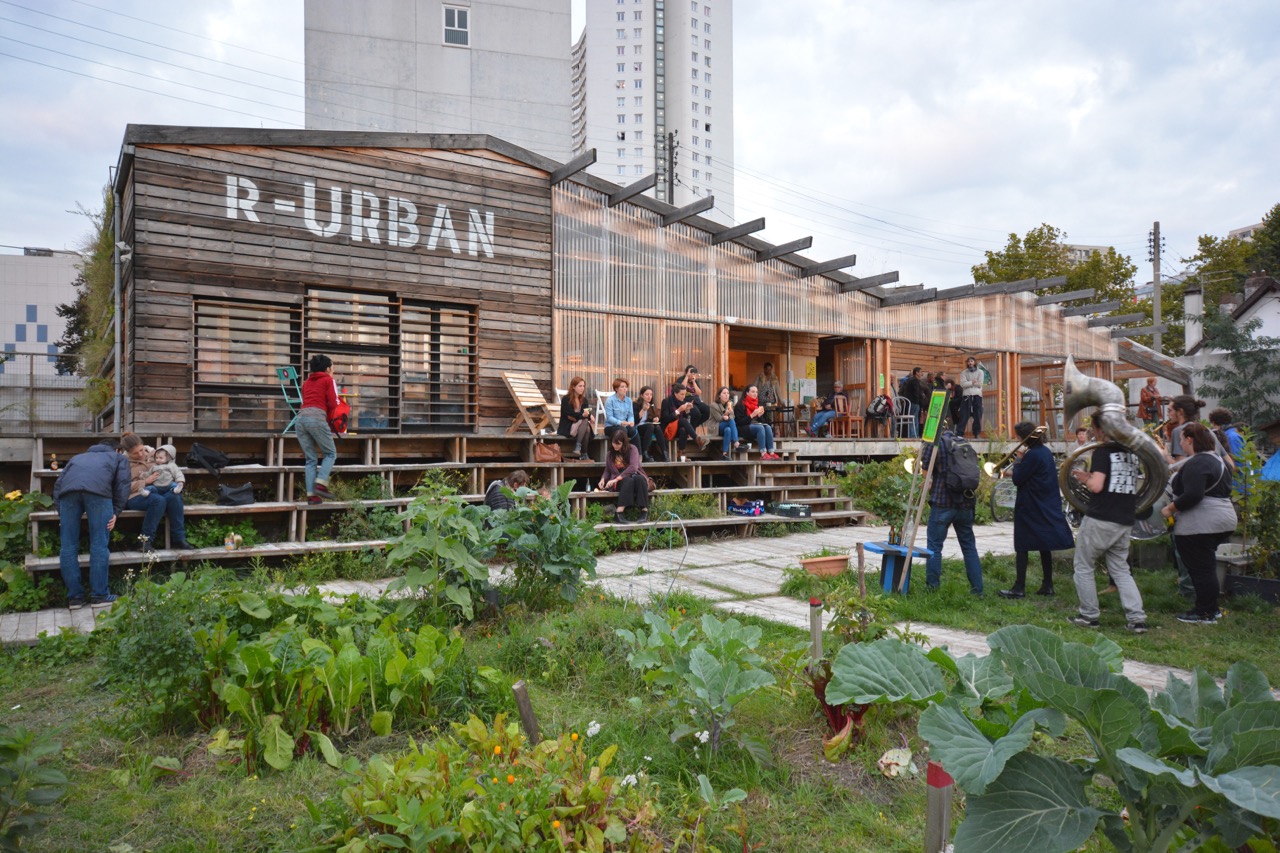 One commons project that is beginning to achieve an ambitious scale and complexity is in Colombes, in the suburbs of Paris. Since 2012, the Atelier d’Architecture Autogérée has been developing what its co-director, Doina Petrescou, calls “a bottom-up strategy of resilient regeneration” – and it goes beyond your average urban agriculture initiative. It’s true that there is a micro-farm for collective use but that is only one of three hubs, the others being a mini recycling plant and cooperative eco-housing.

The project now has 400 citizens co-managing 5000 square metres of land, producing food, energy and housing, while actively reducing waste and water usage. Already, by European standards, it is a fairly large-scale experiment in alternative urban living. But the aim is to add five more hubs over the next five years and to grow into a commons-based civic movement. 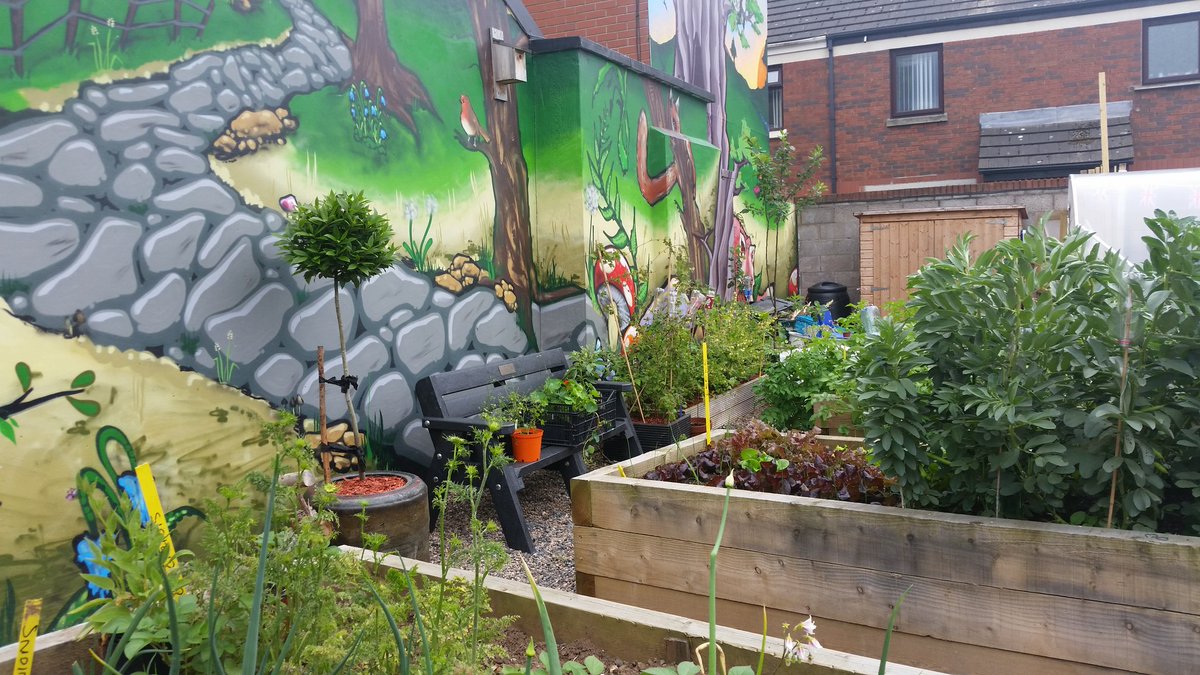 This was a derelict space that was overgrown and used as a dumping ground and through consultation with the local community funding was sought from Belfast City Council to develop a Community Garden. The aim of this project is to enhance community cohesion and build better community relations by engaging the whole community. It will give participants a sense of purpose and the opportunity to make new friends, which will reduce stress and encourage exercise. A healthy eating programme will be developed through the ‘Grow your own Project’, which will encourage people to eat more fresh fruit and vegetables and new skills will be developed around flora and fauna of inner cities. 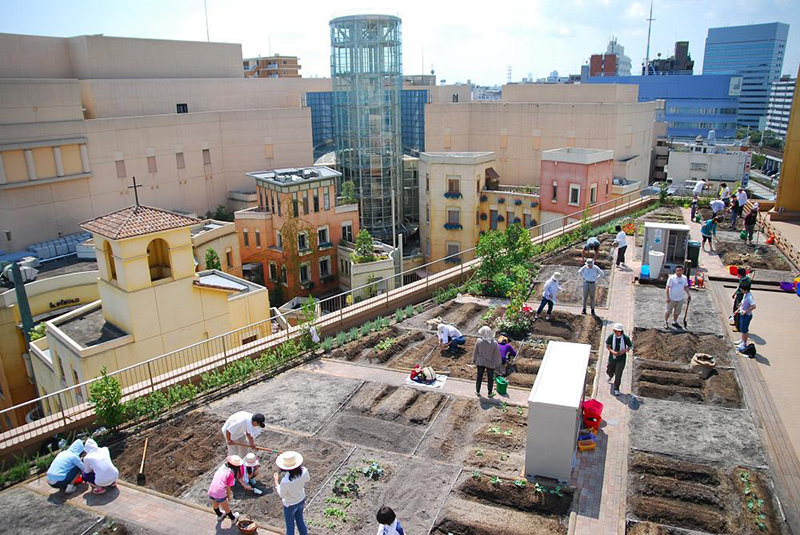 Stuck on what to do whilst waiting for your next train? Soradofarm programme keeps gardens on train station rooftops so that waiting passengers can do a spot of gardening while the next train comes. We couldn't think of a better way to kill time.

The first Soradofarm, also known as a Machinaka Vegetable Garden, was built on top of the Ebisu station in Tokyo over seven years ago. Space comes at a premium in Japan, and hardly anyone has room to grow flowers, fruits, and vegetables. Now there are thirteen stations around the country with operating gardens. 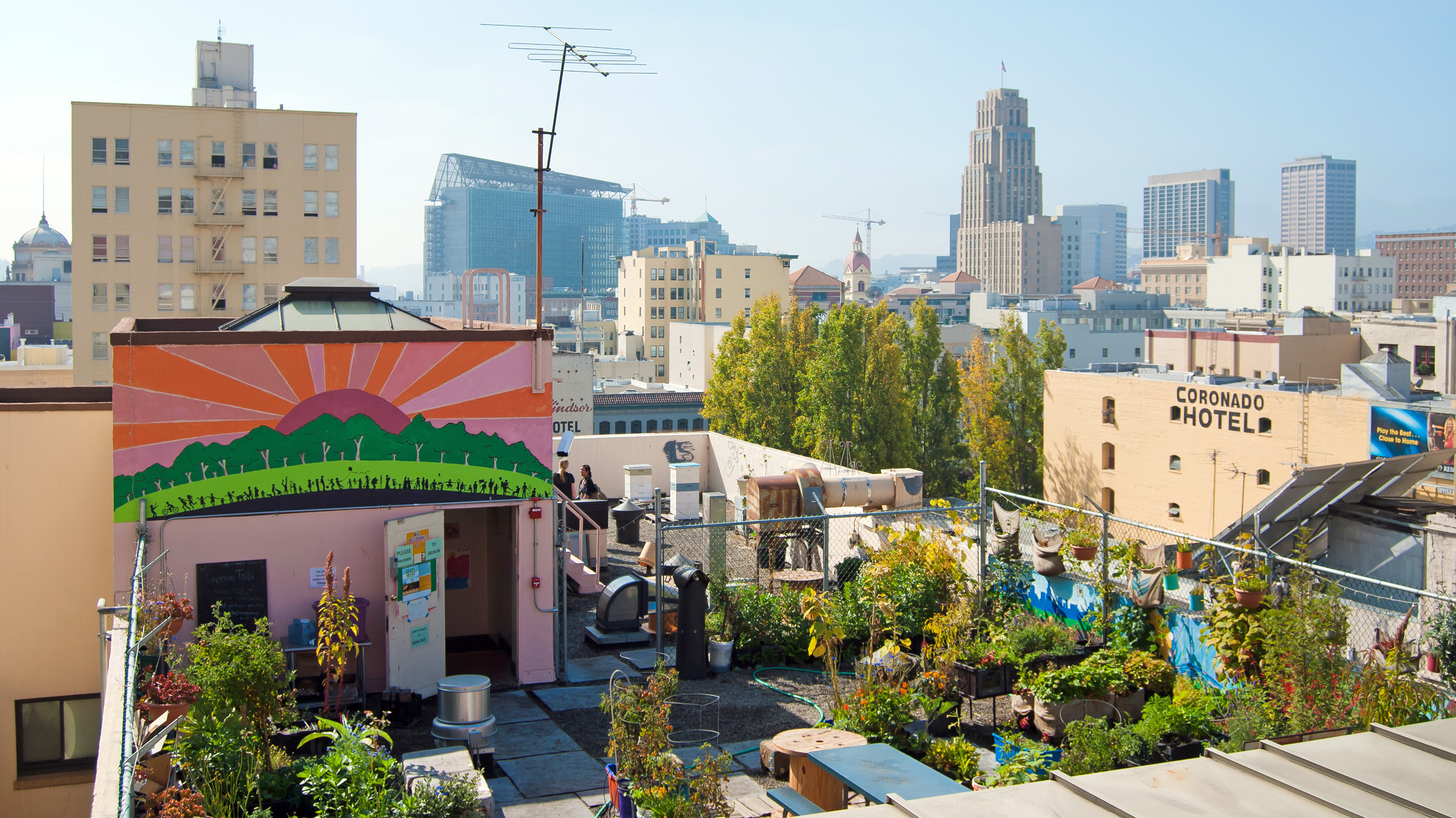 Graze the Roof in San Francisco

Graze the Roof is a community garden installed on the roof on the progressive Glide Memorial Church in the Bay Area. Built with upcycled materials and equipped with a worm composting system, it hosts workshops for the community and other social activities whilst growing vegetables and keeping bees. 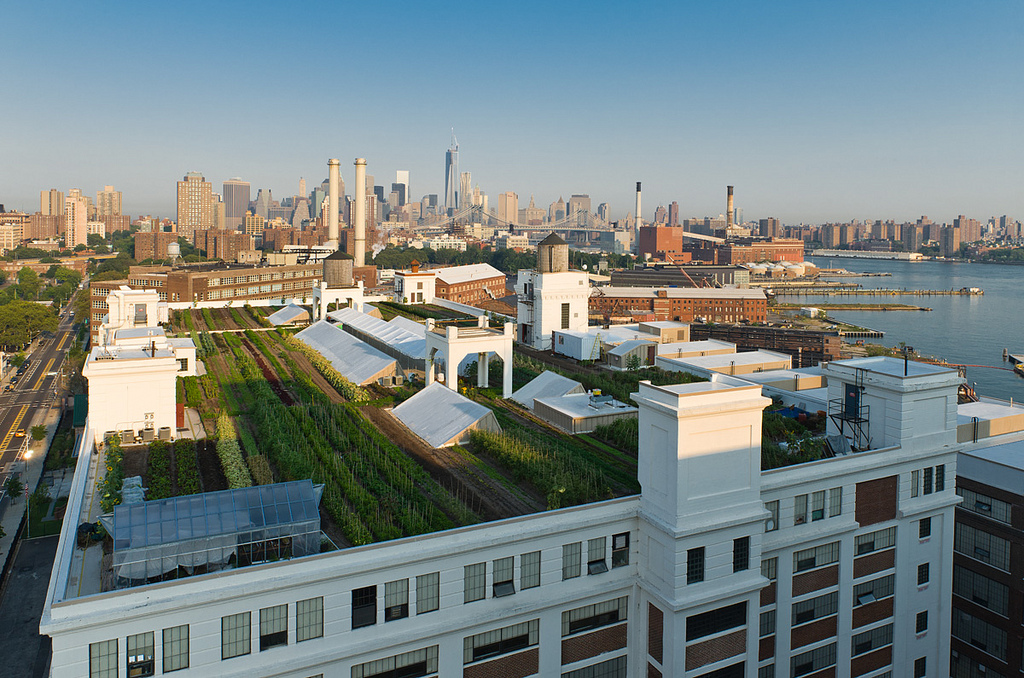 Brooklyn Grange farms rooftops, builds green spaces, and promotes sustainable living and local ecology through food, education, and events. They produce over 50,000 lbs of organically-cultivated produce per year, which is sold in New York City markets, as well as to local restaurants and retailers. Besides this Brooklyn Grange Farm operate an apiary, keeping bees in over 30 naturally-managed honey bee hives, on roofs dispersed throughout New York.

It’s reassuring to see people think differently about cities and nature. Understanding how to better connect our cities with the benefits nature provides will be increasingly important as people migrate to cities and flourish in them.