Allotments have now been around for centuries, a simple plot of land rented and cherished by an individual typically used for growing vegetables or flowers. However for some allotmenteers, their 10 poles sized plot can mean a whole lot more than just the need to grow a few spuds. Some see their plot as their sanctuary, a place of therapy and peace of mind, where one can enjoy the simplicity of nature and wildlife.

The origin of the modern allotment began back in the 1600s, known as the enclosures. The process of enclosure started by previously common land, once held in an open field system being divided up and enclosed by new hedging; the use of the land became restricted to the owner.

Over the next 100 years new hedges were planted to divide the fields, changing the landscape forever. Throughout this period of enclosure there were various movements to try and provide ground for the common labourer. As early as 1649 a group that called themselves the ‘Diggers Movement’  were protesting for the ‘right to dig’ for all. The ‘Diggers’ efforts were quickly dispersed by the government; however the idea of a ‘right to dig’ is still very much alive today. Learn more.

The social unrest caused by the process of enclosure led to a number of private initiatives to provide the common man with land to grow and provide for himself. This was mainly driven by private land owners who commonly believed that not only would a small patch of land be worth more to their workers than an increase in salary. It also led to a restriction on the size of allotments provided, so that men would not exhaust themselves before turning up for their paid employment. Learn more about growing old-fashioned cultivars, such as heritage and heirloom fruits and vegetables and how they influenced cultures and changed world history.

Local authorities resisted, which then finally led to the Smallholding and Allotments Act of 1907. This forced councils to provide allotments where there was demand. This is still in place today and a local authority is obliged to provide allotments if there is demand from more than 6 people (although this does not apply in central London for example where space is insufficient). 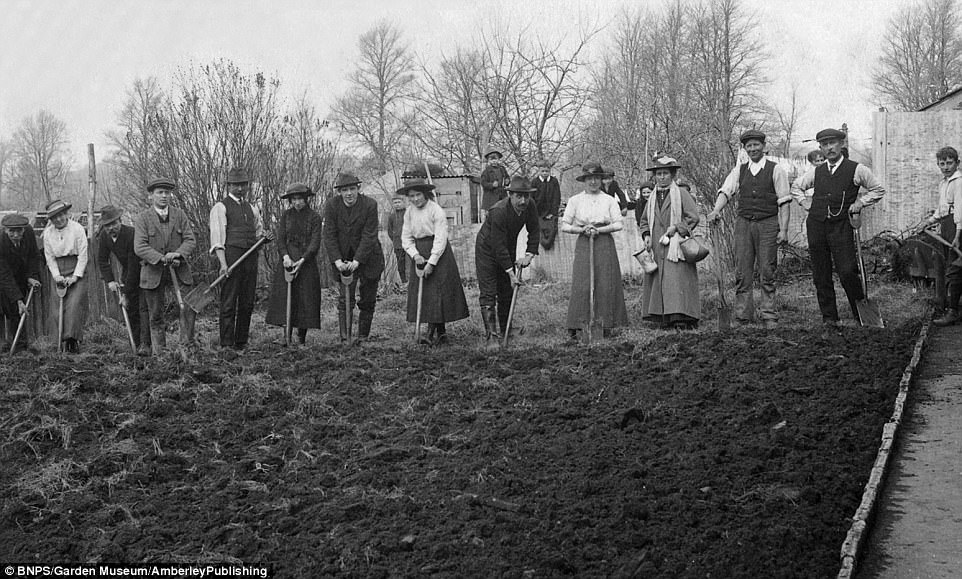 Urban Allotments and the Industrial Revolution

These have a very different beginning to the rural allotments. Demand for inner city allotments came originally from the relatively well off middle classes who wanted space to both grow their own, and more importantly to have a garden to relax and escape the confines of the city.

These were driven by the 19th century obsession with gardening, and also as a show of wealth by those who would tenant them. These became known as ‘pleasure gardens’ and would often feature brick built summerhouses and small follies that allowed families to spend time, and even stay the night in their gardens. Plots were usually surrounded by hedges or fences and were very private affairs.

These types of allotments started to decline with the spread of Victorian villas that usually had their own garden, and most were turned into ‘normal’ allotments or built on. Some still survive today and at least four have been placed on the English Heritage Register of Parks and Gardens of Special Historical Interest.

After the war, demand for allotments was still high, and returning servicemen joined the waiting lists for plots. Unfortunately much of the land that was requisitioned for the war (50,000 acres) was returned to its original purpose, often recreational land, and the interest in allotments began to decline.

Measures were taken to protect plotholders and some were offered compensation to vacate their plots, and by 1929 there were less than 1 million plots left. 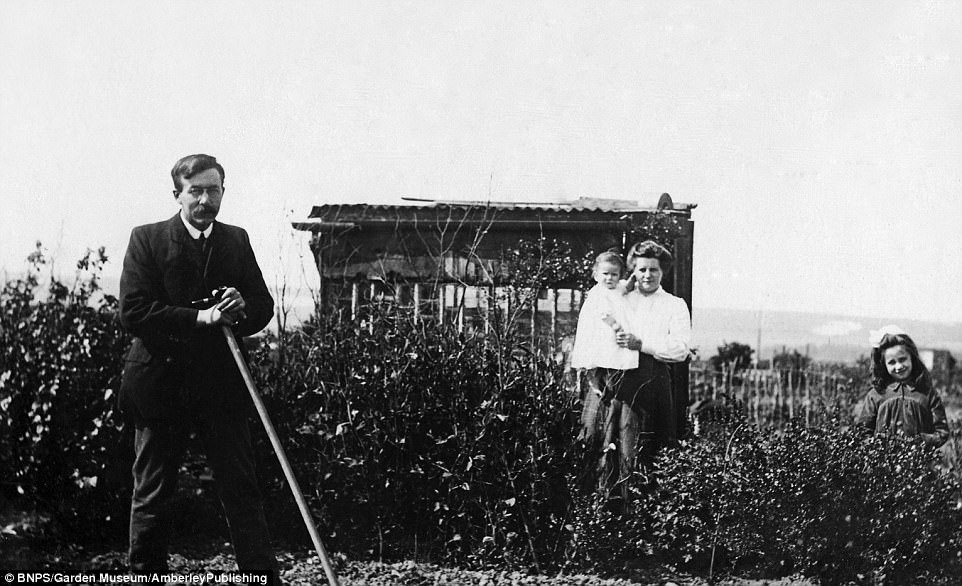 By 1939 there were 819,000 allotment plots cultivated. Based on the experiences in the First World War however the government immediately called on allotments again to help with food supplies. Another half a million plots were created. This was coined the “Dig for Victory” campaign by the press, and the slogan was soon adopted by the government.

From the collections of the Imperial War Museum. Produced by the Ministry of Information and then Ministry of Agriculture - an appeal to the public to grow vegetables 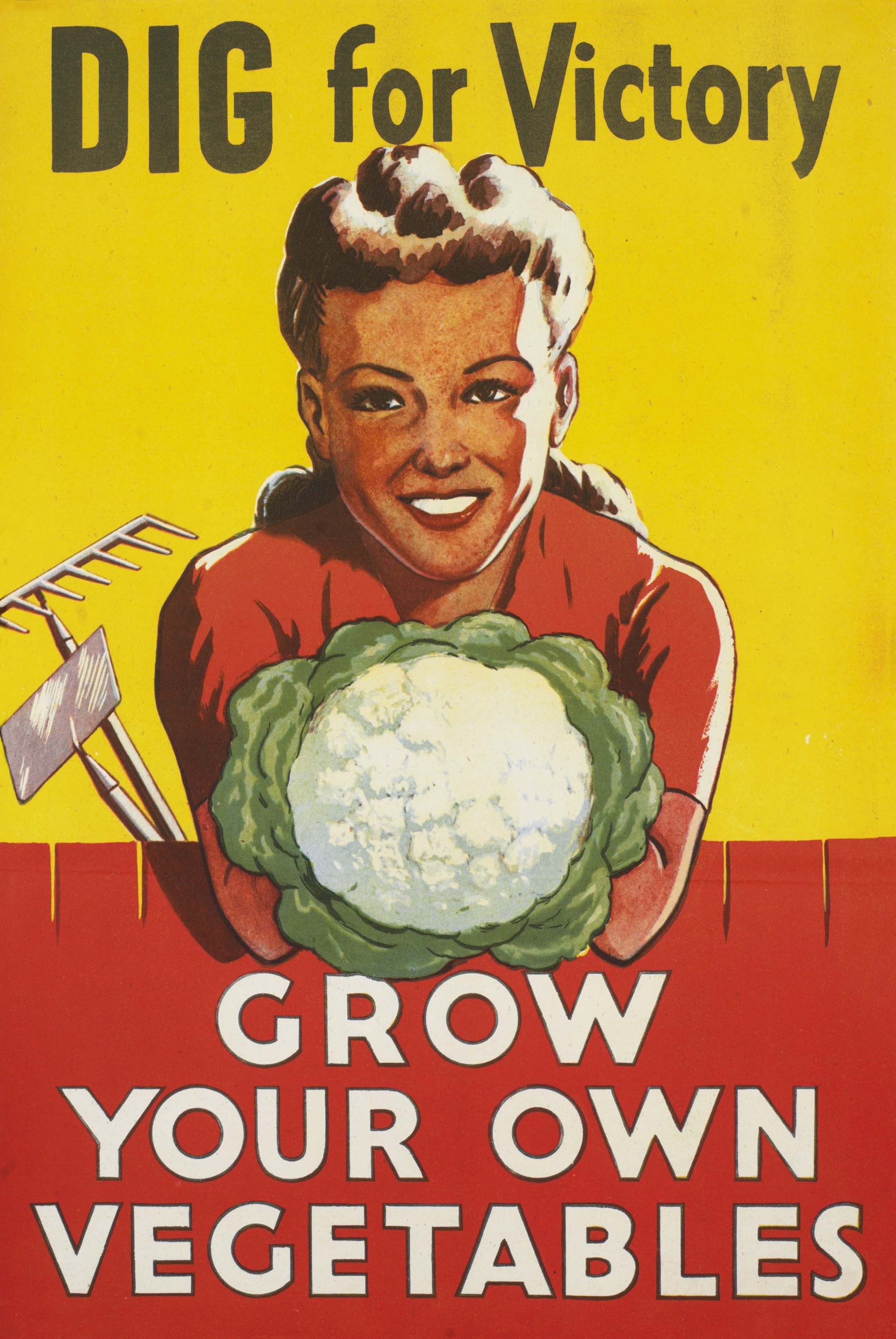 The plots were created anywhere possible, parks, recreational areas and even some of London’s Royal Gardens:  Hyde Park, St James’ Park, and Kensington Gardens were dug up to feed Britain.

There was a massive decline during this period, and plot numbers went from 1.4million to around 500 thousand in the 70’s. Rationing was over, and mass produced food became cheap and readily available. Lives became busier, and the whole idea of growing your own food fell out of fashion.

The massive population boom put huge demand on building land, and many of the old allotments were sold off to developers. 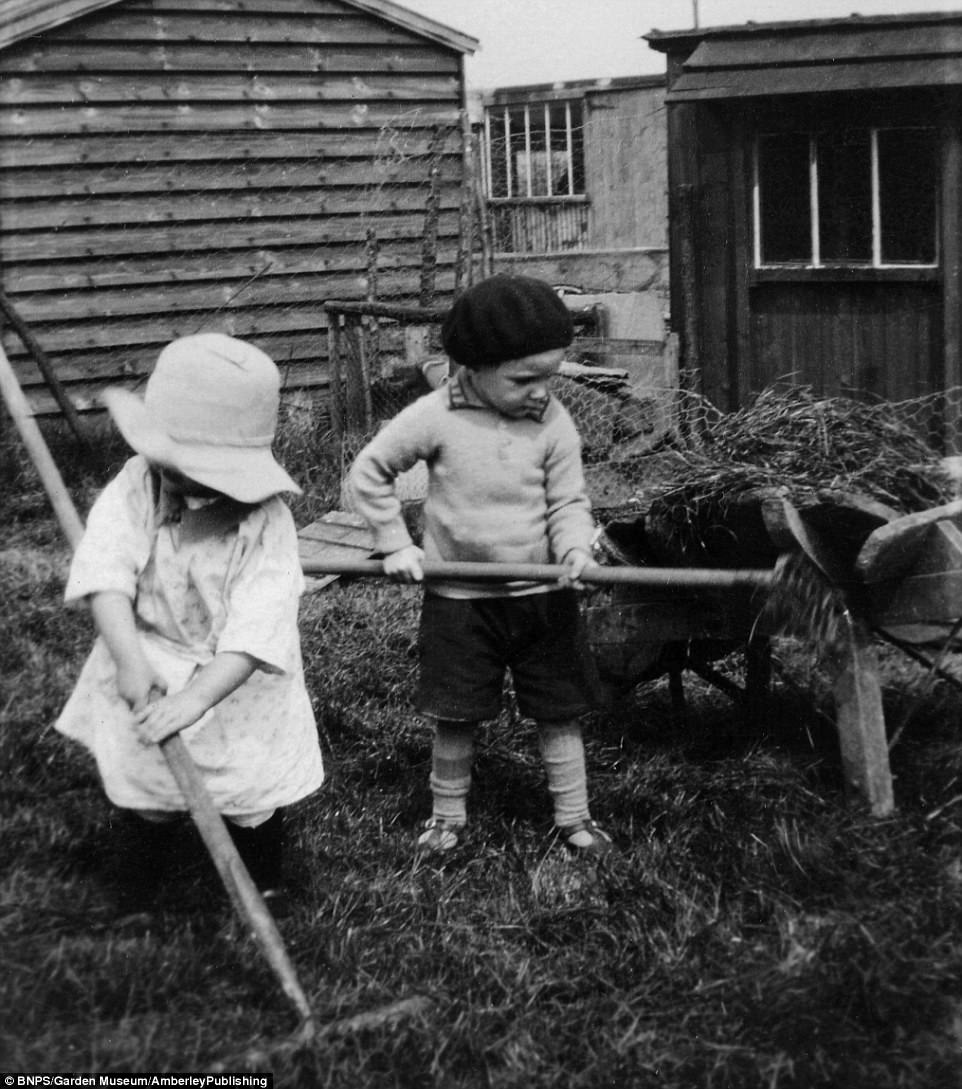 In the 70’s not only was there a fresh interest in growing your own food, driven by programmes such as, ‘The Good Life’ but there was also an interest from government in redeveloping allotments, from the traditional square vegetable plot into a more cool, and happening leisure garden. Learn more on the History of Gardening from one of our trusted experts. 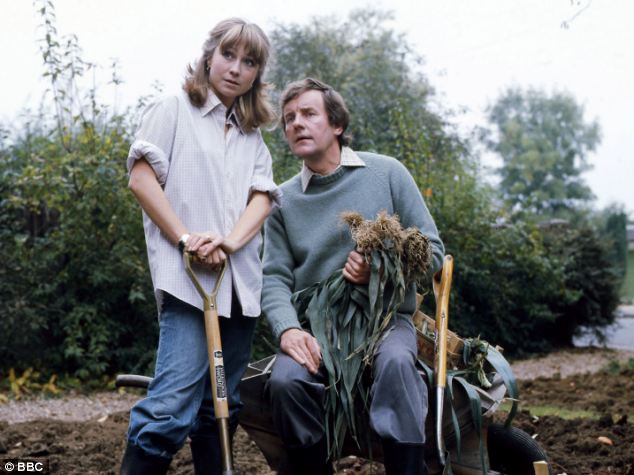 The government review led by Harry Thorpe, head of the Department of Geography at the University of Birmingham developed new sites into leisure gardens. Actively encouraging tenants to grow lawns, flowers and hold communal activities.

The new sites were developed for the middle classes and were designed to appeal to ‘a much broader age, sex and occupational structure.’ 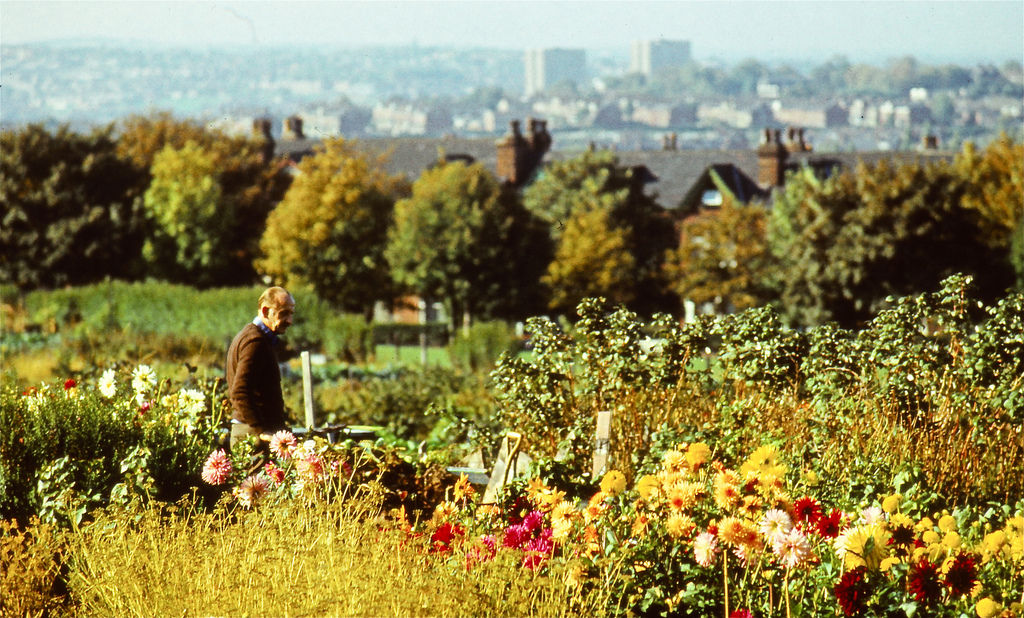 This interest was unfortunately short lived and by 1997 plot numbers were down to 265,000.

21st Century and the Future of Allotments

The future of allotments looks bright once again. Concerns over food miles and organic growing has really driven interest for allotments once more, and they have been helped further by programs such as Channel 4’s River Cottage, and chefs such as Jamie Oliver, who have all been promoting the ‘Grow Your Own’ message. 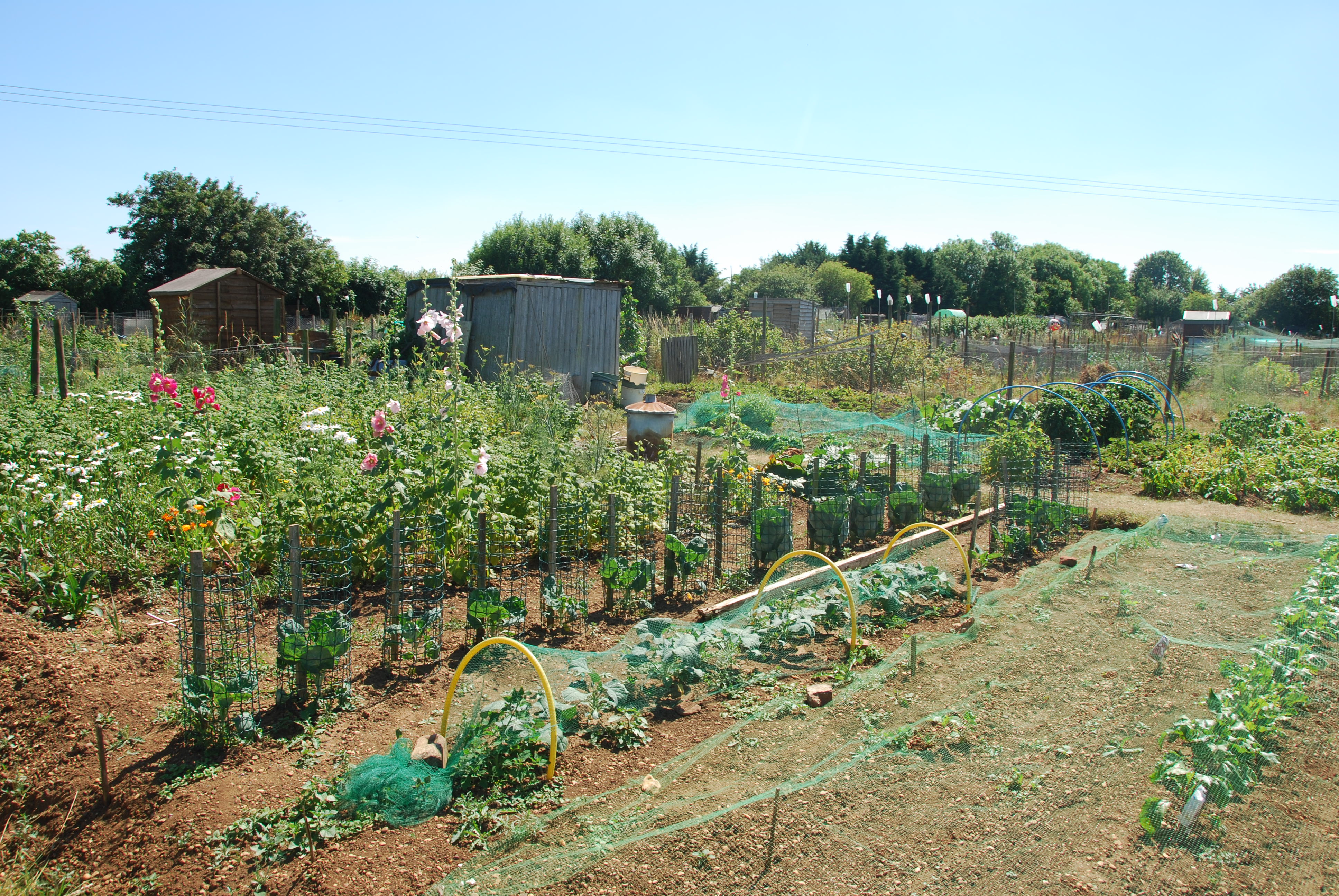 There is also a realisation that allotments can once more offer a real contribution to the food needs of Britain. The population is growing at an alarming rate, and whilst food growing technology for mass produced food is developing just as fast, the intensive nature of allotment gardening still means that you can get more per square meter on an allotment than you would do on a commercial basis. For an experts guide on how to begin planting your own fruits and vegetables, click here. 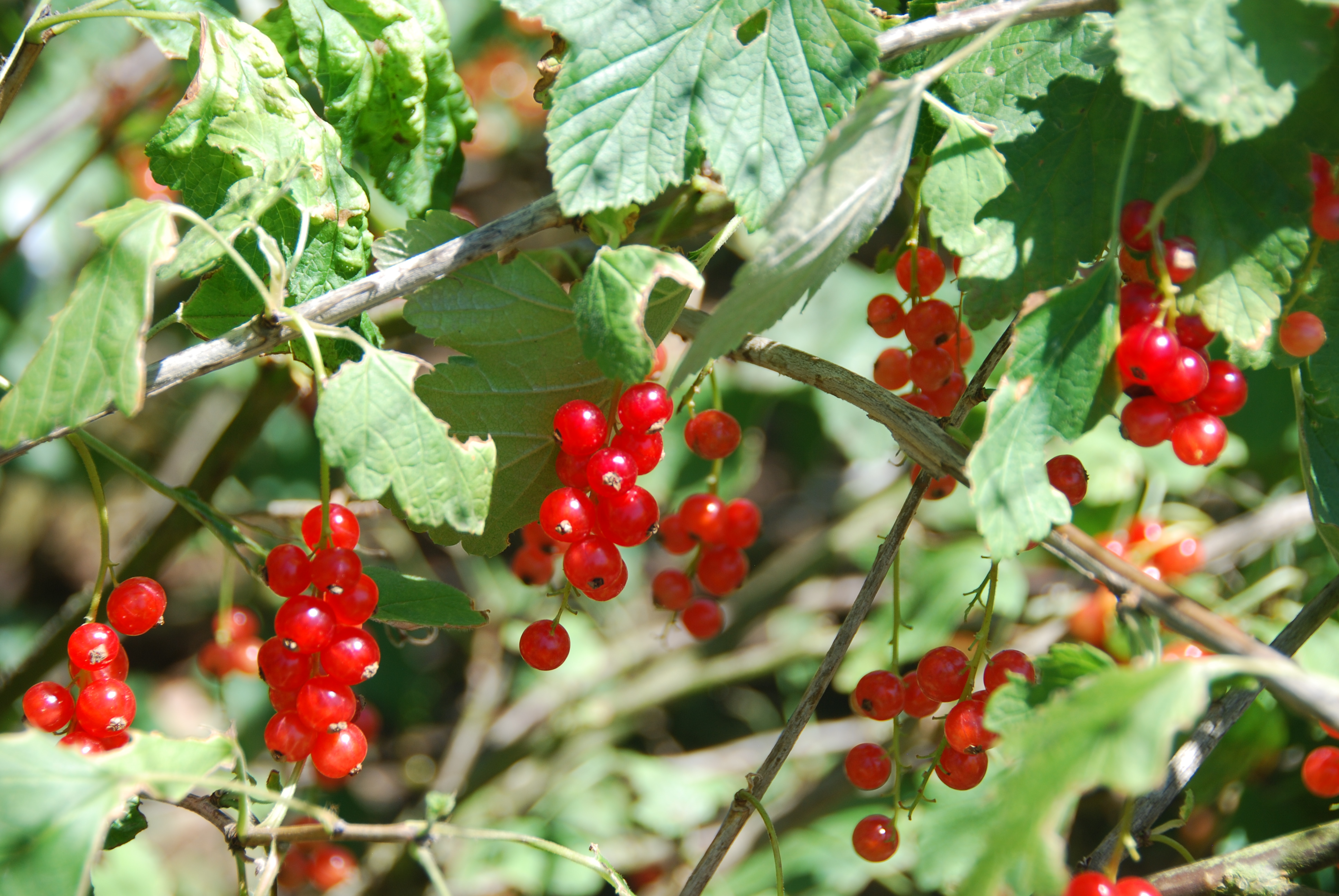 Today there are an estimated 300,000 plotholders across the UK, and according to the National Society for Allotment and Leisure Gardeners there are another 100,000 on waiting lists, which can sometimes be decades long.

It is likely that we will see these trends continue over the next few decades as global warming stories continue to dominate the news and drive a demand for local organic food, and therefore expect to continue to see a rise in demand for allotments into the near future. 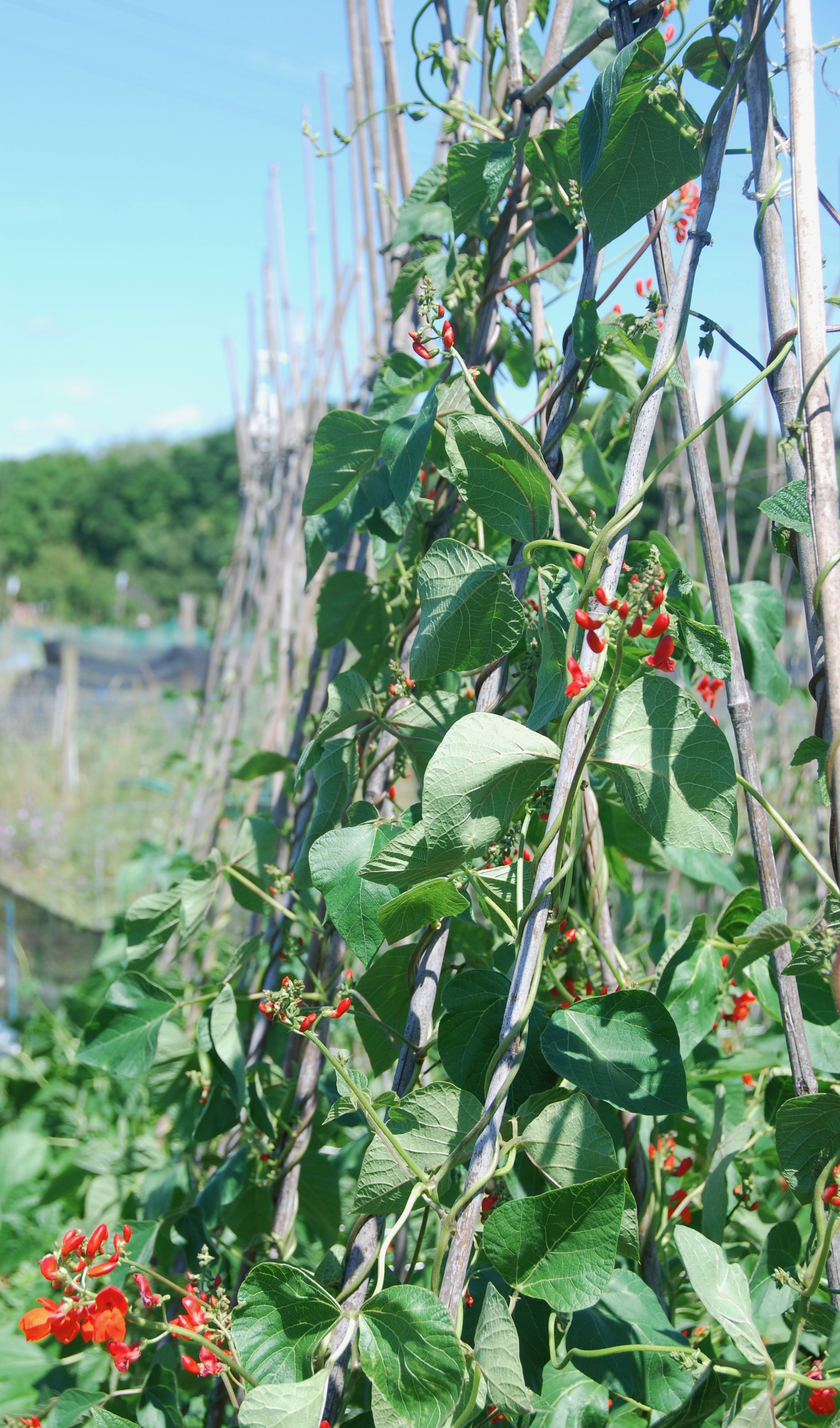 The traditional allotment gardener is changing too. Gone are the old men in flat caps! However men still might be rushing to their allotment to escape cleaning the dishes. The average age of plot holders is shifting quite dramatically. It used to be the preserve of the retired; however we are seeing more and more people in their 30’s and 40’s dominating sites. 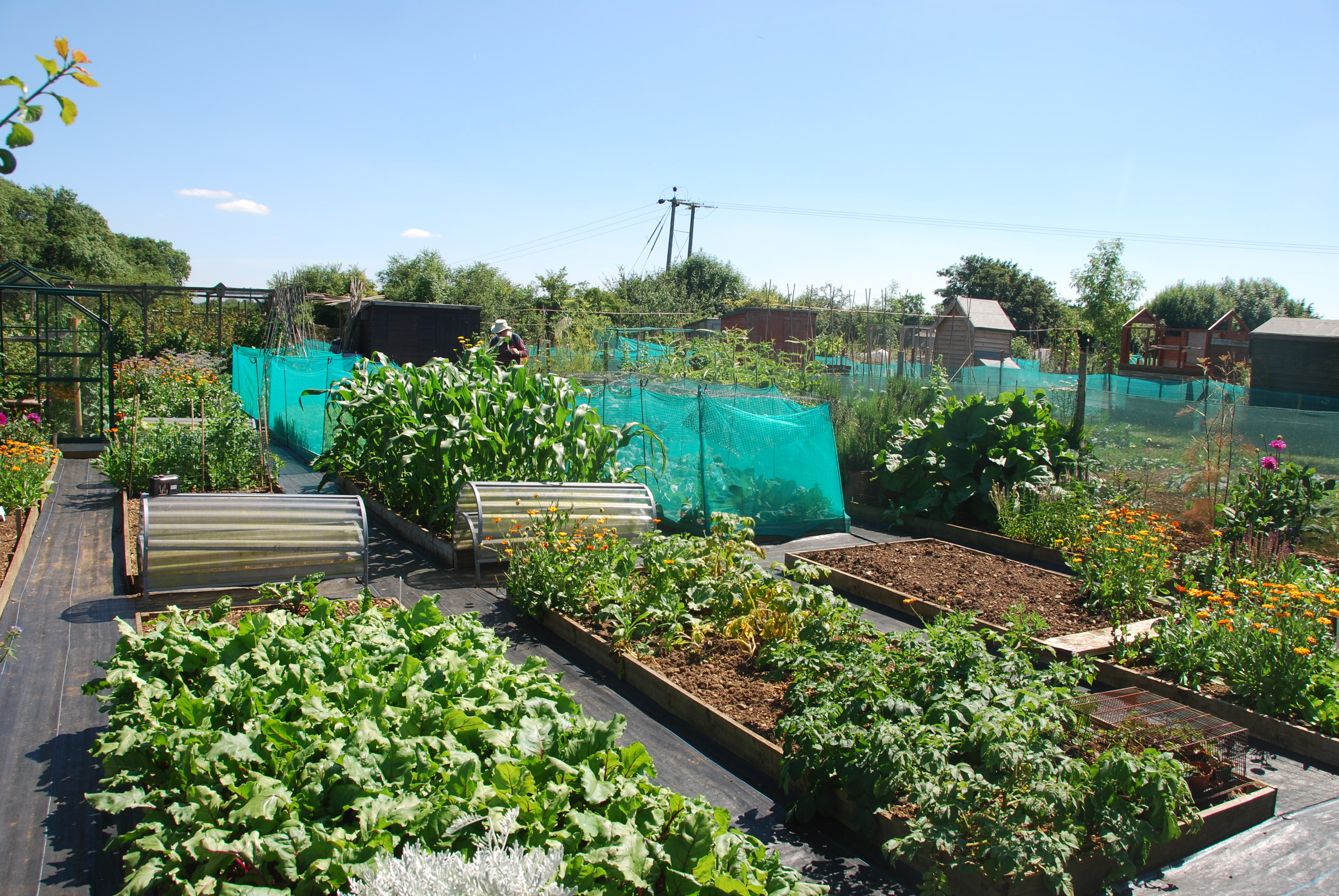 To learn more about how to design an allotment or garden like the photo above, click here.

Allotmenteer Annie Lynch, commented, “I love the diversity I now see at our allotment. People of all ages, ethnicities and wealth come here for all sorts of different reasons. I see mothers educating their children, young men nurturing their vegetables and groups of children from our local playgroup toasting marshmallows whilst planting a few seeds. The variety of what is growing within our allotment reflects the diversity of people working it.” 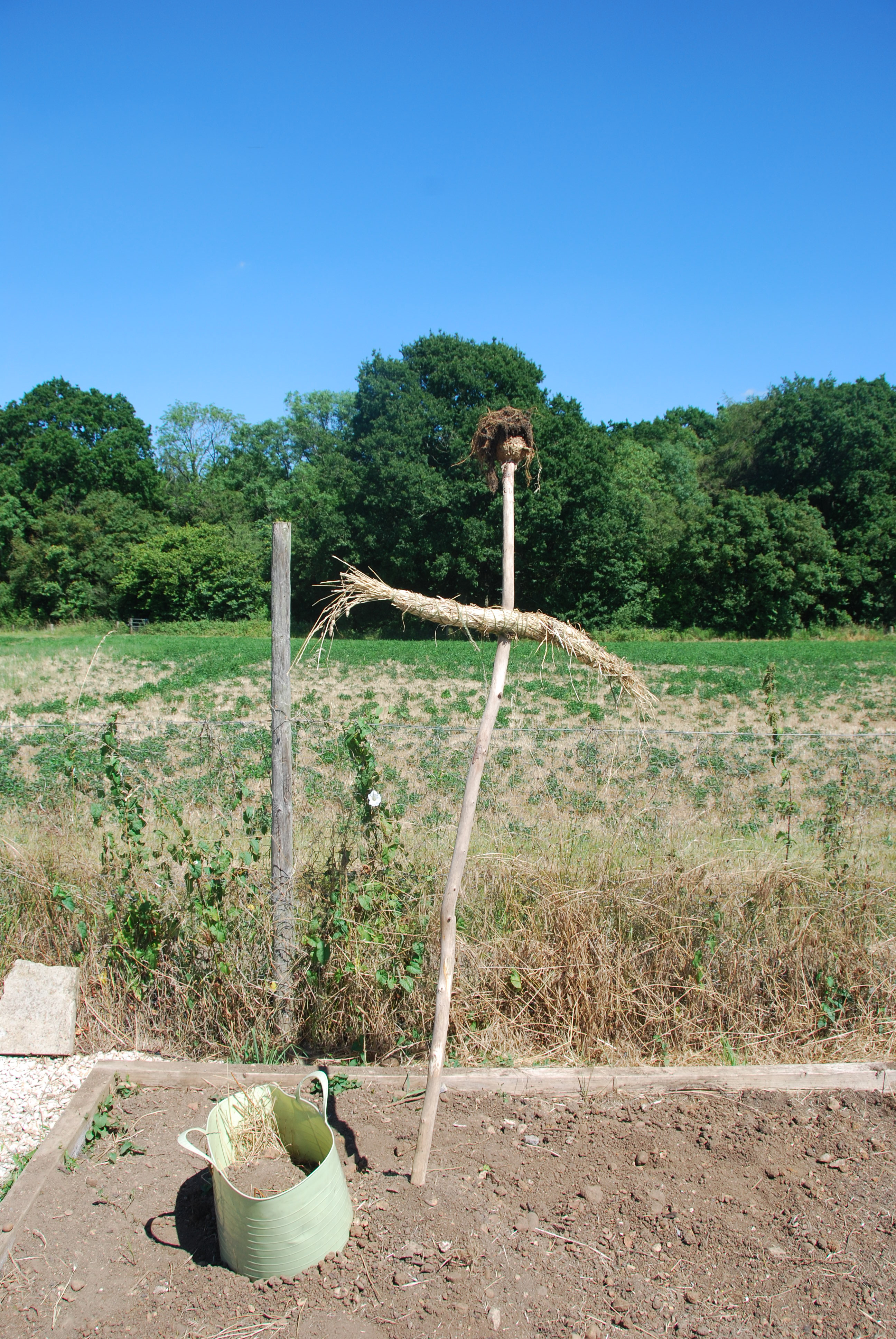 From walking round Annie's allotment in Long Hanborough that afternoon, it was clear to see the evidence backing her quote. I could feel the sense of tranquility she described furthermore by looking at each plot, an image was painted in my mind. I could see the owner who has raised the plot, cared for it and each individuals personality reflected in it. An anonymous allotmenteer was seeing to his plot that afternoon and informed me that he had has his plot for forty years. When asked what he hoped for the future of allotments, he replied, "I really hope more attention is paid to them. I believe there are 34 plots here in total and there's at least four which should be let go. No one's cultivating and it's a bit of a disgrace really. Whoever is in charge of allotments needs to ensure they are properly maintained." 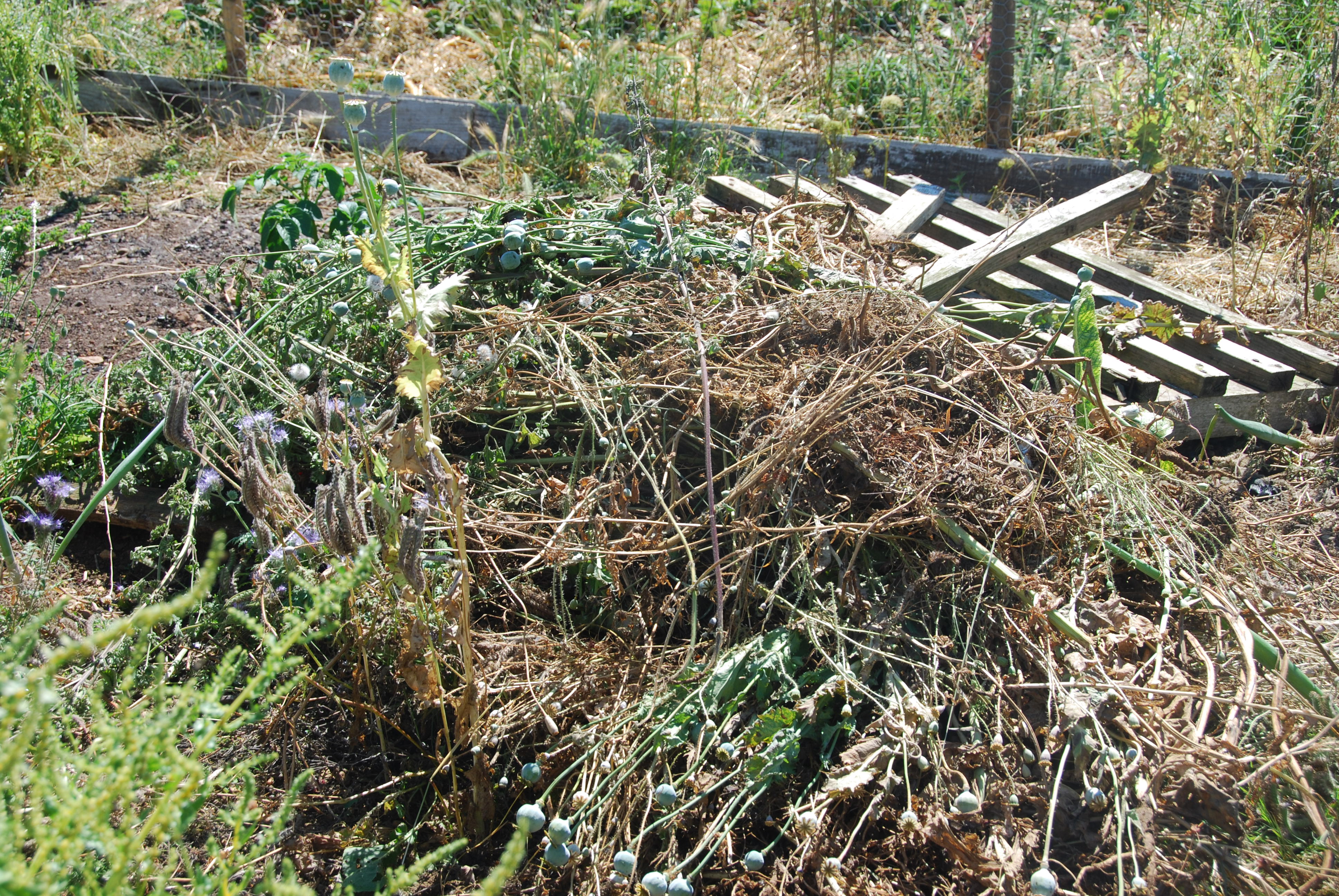 This was a shame to see. Within the midst of many beautiful gardens there was the odd neglected one. However, I do believe that allotments will continue to flourish and we will see the advantages for our communities, nature, health and wellbeing.

To learn more about gardening, click here from our online courses.