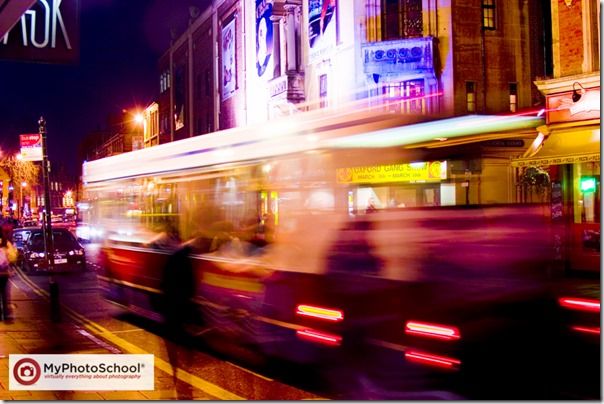 The camera has the ability not only to freeze time but also extend time for up to several minutes. A fast shutter speed can isolate a moment, while a slow shutter can morph and combine time, so the images becomes more than the sum of its parts..

While sharp photographs seem to be the pre-requisite of most camera clubs and competitions, the ability to create wonderfully blurred imagery, provided it is deliberate rather than accident, can add excitement and zest to your photography! The patterns created by long exposures are not the same as out of focus or shots or those suffering from camera shake, what we are talking about the capturing of movement, something that photographers have been doing since the dawn of photography. 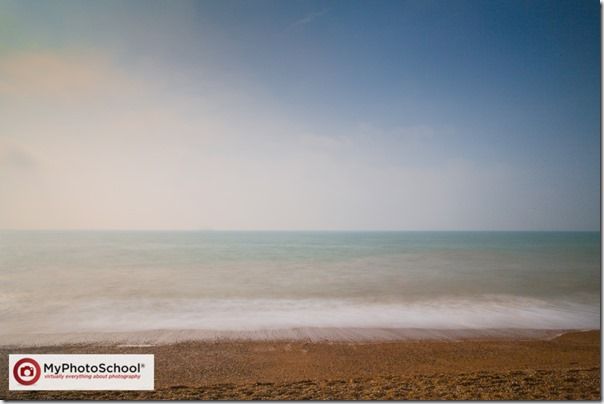 Blur removes the static element from a photograph and allows our imagination to see the effect of time on the picture. Freezing action is not always the best way to depict a scene as they can lack atmosphere and loose something in the telling of the story.  So many of the subjects we photograph have motion, it’s just a matter of how we interpret it. 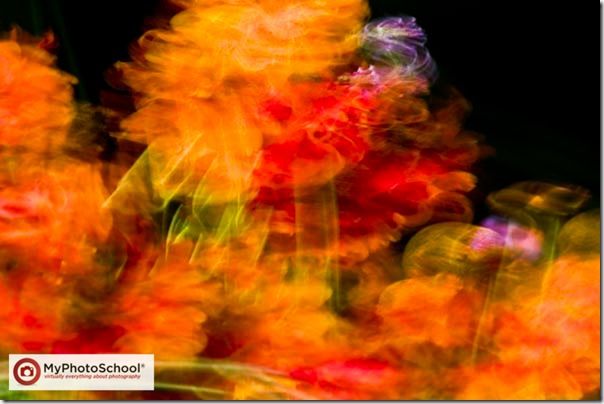 WHAT SHUTTER SPEED DO I USE? There is no real rule of thumb that dictates the shutter speed to use for blur because each situation must be judged on its merits. First, a wide angle lens will reproduce the effect differently to a telephoto lens because of the magnification of the movement by the lens (its size within the frame). 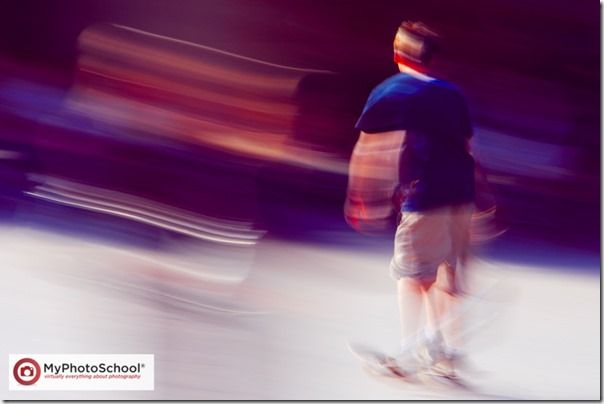 Secondly, subjects moving towards or away from the camera travel at a speed relationship to the camera that is relatively much slower than if they move across the frame – you get more blur with subjects crossing your viewfinder from one edge to the other.  Thirdly, the actual motion of the subject (or the camera) will vary. For some blur effects, relatively fast speeds – like 1/60 with these broncos -are fine. Others will require longer shutter speeds, perhaps several seconds. 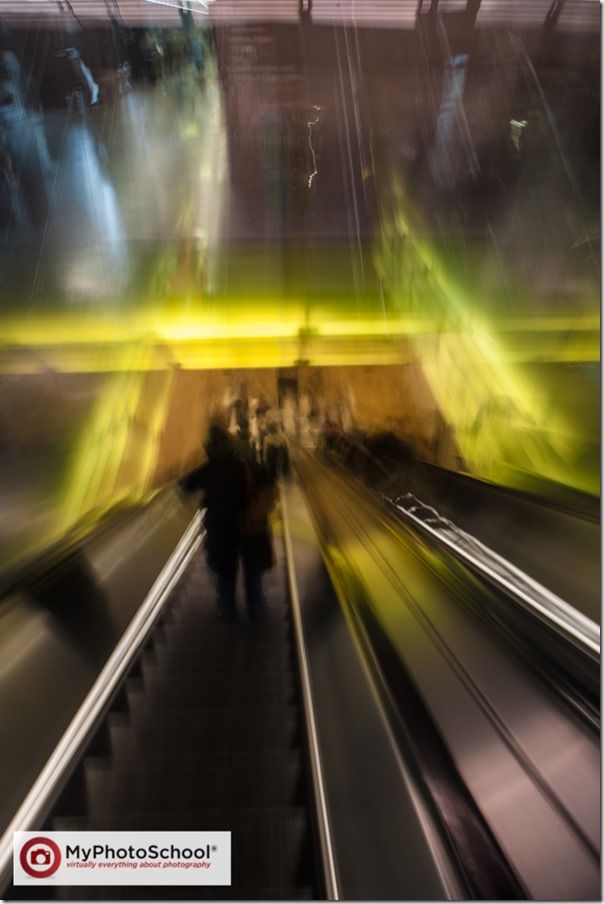 DIGITAL BLUR Adobe Photoshop has an effect called Motion Blur. Used effectively, it quite accurately simulates the effect of camera movement in your image. While it can be applied to the entire image, it is usually wise to select and feather an area you want to remain sharp and then apply the effect to the rest of the image. The images here show the difference this effect can produce, in which a con-gratulatory kiss at a wedding is converted by motion blur into what appears to be a more fleeting moment. 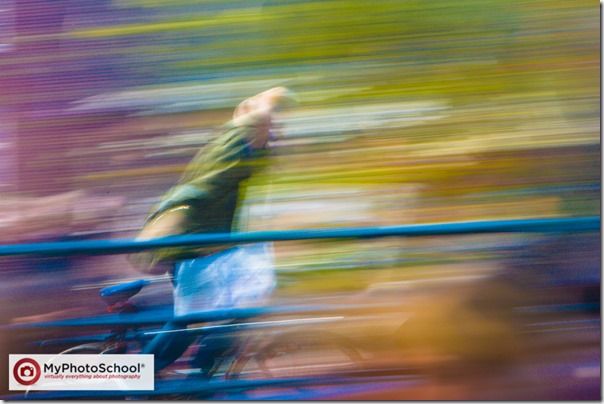 PANNING FOR GOLD Panning with moving subjects is an oft-employed technique that, in reality, is not that easy to achieve successfully.  However, it is effective because it reveals movement in a manner that is congruent with our mental concepts of time and motion. For this image, I stood in a busy street in Hanoi, reeling off frame after frame as hundreds of cyclists passed me by. 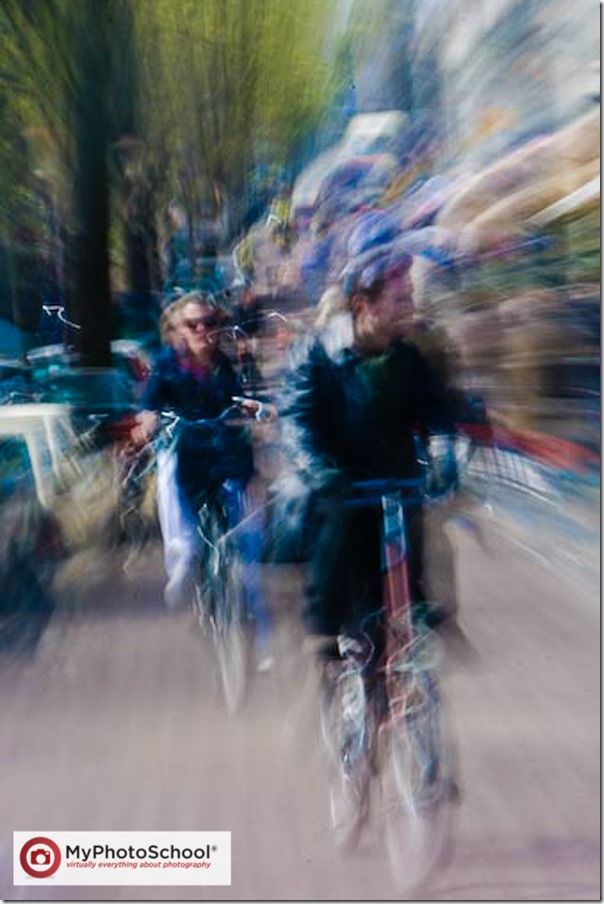 This photograph was taken at about 1/15second at f16, ensuring that I had enough depth-of-field to spare me having to focus and a slow shutter speed to capture the movement as my suspicious subjects promptly pedalled by. A monopod can be a useful accessory for successful pans.

DON’T FORGET YOUR TRIPOD While we usually think of a tripod as a piece of equipment necessary to prevent blur, it is also required if some of our deliberately blurred images are going to work. In these photographs of Luna Park in Melbourne, several seconds of exposure were required to capture the movement of the rides, while contrasting them with the more static nature of their environment.

Next time you bring your camera to your eye, give blur a go!