As the nights draw in and we start wearing thicker clothes, most of us also begin to think about visiting warmer climates.  There’s a volunteering holiday that offers a unique opportunity to combine a love of gardening with some travel and a chance to experience different cultures.

The UK-based Friends of Jerusalem Botanical Gardens organise a Working Holiday to Israel each March.  The group visits for 10-14 days and Spring is the perfect time to see a huge variety of native plants that are in bloom, including Cyclamen persica, sweet-smelling Lupinus pilosus, the parasitic yellow Cistanche tubulosa and the rare red Turban buttercup Ranunculus asiaticus. 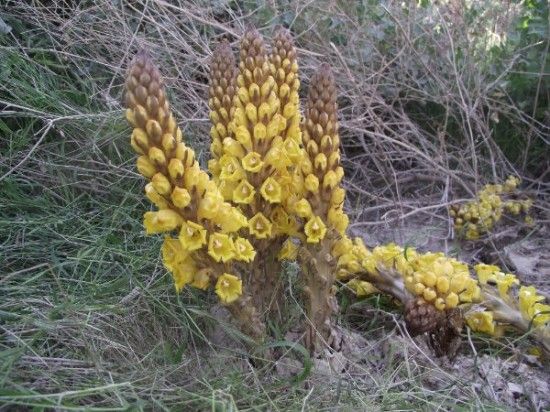 The holiday attracts independent-minded, curious, fit individuals, couples and families, who are keen amateur gardeners - or professionals - who want to help an under-staffed botanical garden in an exciting and intriguing part of the world.

Few of the group members know each other before leaving Heathrow but by the time they arrive at Tel Aviv, some 5 hours later, friendships are already forming.  The group stays in Jerusalem, a city at the heart of three major world religions, usually within a short distance of the Gardens. 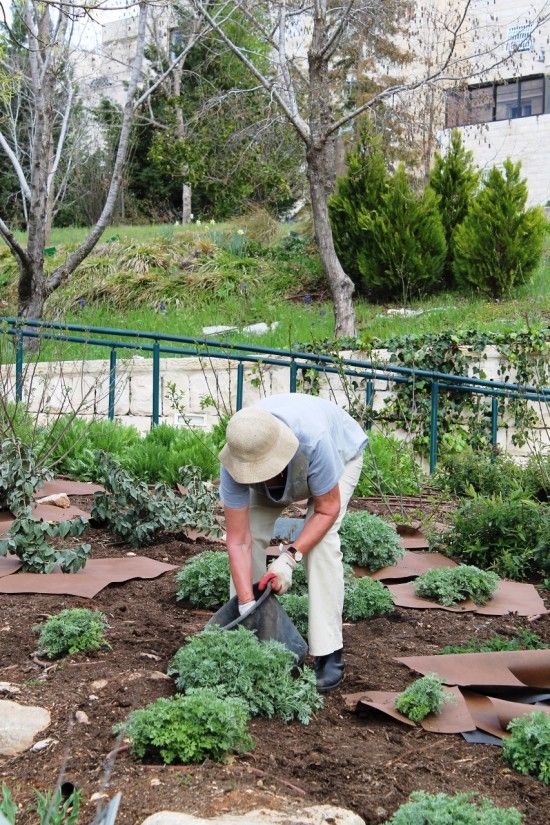 Laying down fleece in the replanted area[/caption]

The gardening work at the JBG is physically tiring.  Jerusalem is built on a series of hills and the Garden’s paths are steeply contoured.  Last year’s group spent a lot of time re-planting a display area near the lake, digging over the soil, planting up and laying weed-proof membrane covered with mulch.  The group has a reputation of being rain-bringers and it was certainly true last March when a two-day downpour saw water running not only through the usually dry stream beds but along the footpaths too.  Luckily, there was plenty of work to be done in the nursery instead! 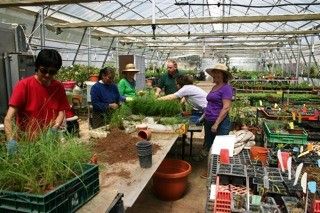 Potting on in the Jerusalem Botanic Garden Nursery[/caption]

On the sunny days, the temperature, even in March, can be significantly warmer than the UK so work tends to start early – for the Working Holiday group at around 0800 hrs, although the employed gardeners start before that.  Everyone gets together for a coffee and a break at 1100 hrs and work finishes around 1430 hrs.  The group leaders are  the organiser of the British Friends of JBG and Neil Miller, the head gardener at Hever Castle in Kent who divides the horticultural tasks amongst the volunteers.

The Jerusalem Botanical Gardens are laid out phyto-geographically into six main areas; Europe, Mediterranean, North America, South Africa, Australia and SW and Central Asia; there are also specialist sections for herbs; the seven species named in the Bible and a Bonsai collection.  The tropical conservatory is being extended as part of a huge educational development which will include a Children’s Discovery Path. 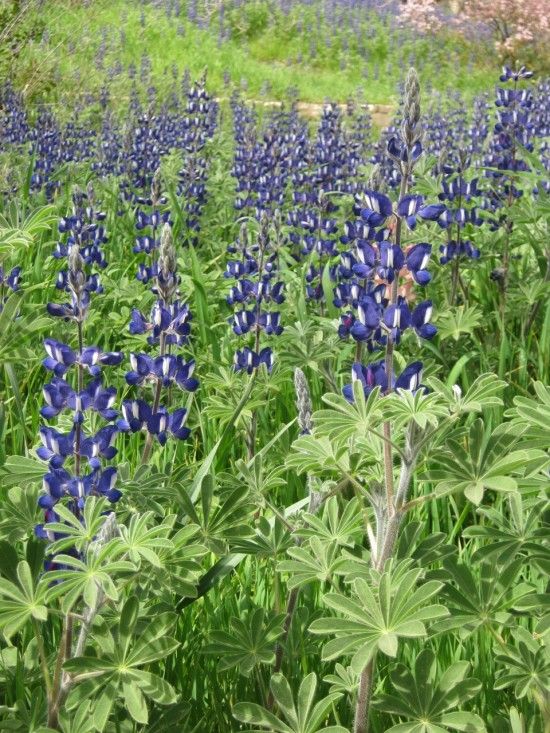 Lupinus pilosus blooming in the garden[/caption]

The JBG has the largest plant collection in the country (more than 6000 species) and they have so far collected and are growing (or trying to grow) around half of the local wild species in danger of extinction (returning some to the wild). 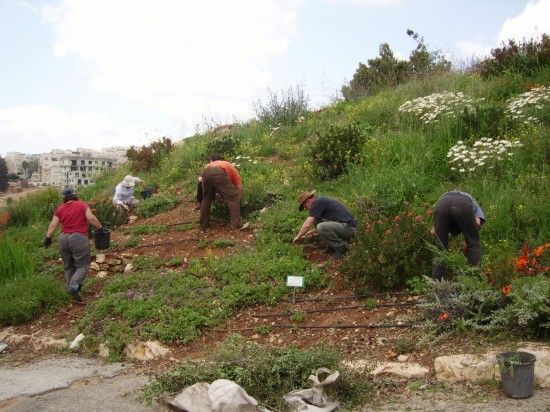 As well as walking round the world via the plant sections, Working Holiday volunteers have commented on how the world comes to the Gardens.   At cherry blossom time, a group of Japanese Christians come every year to perform a tea ceremony under the blossoms.  Ultra-orthodox families rub shoulders with completely secular ones; schoolchildren from all Jerusalem’s municipal schools learn in outdoor classrooms; cross-cultural programmes see Jewish and Moslem children working together on gardening projects; and retiree volunteers point out the ‘gems’ visitors shouldn’t miss.  Even with all these activities, the Gardens manage to remain a peaceful oasis in a bustling and pressured city. 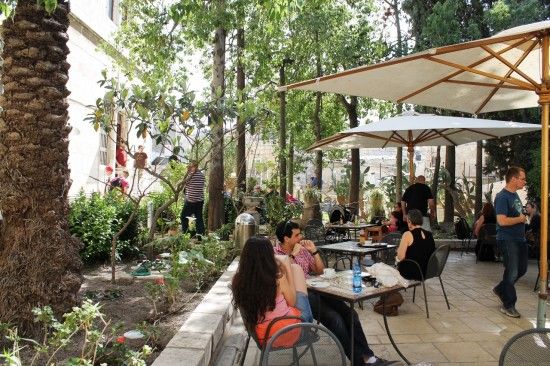 For the Working Holiday volunteers the after work hours are usually filled with informal sightseeing visits to different places of interest in the city.  Usually someone will remark at breakfast or break time that they would like to go to a particular place or area and others will tag along.  The Friends’ organiser said through the group she’d discovered somewhere new every year!  Whether wading through Hezikiah’s Tunnel or eating apple strudel on the roof of the Austrian Mission overlooking the Old City, no-one gets bored. 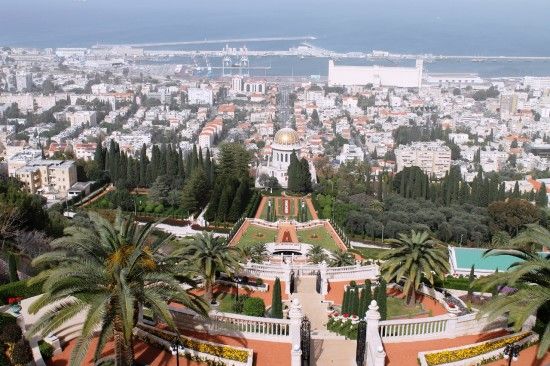 On Saturday (the Sabbath), the Friends arrange a tour out of Jerusalem to one or two popular sites.  These trips have visited Caesarea, Masada, Ein Gedi hot springs, the Dead Sea the extraordinary botanical garden of Kibbutz Ein Gedi, the exquisite Ba’hai Temple Gardens in Haifa, the Carmel Forest and the Druze village of Daliat El-Carmel (where possibly the best hummus and falafel in the whole of Israel can be eaten). 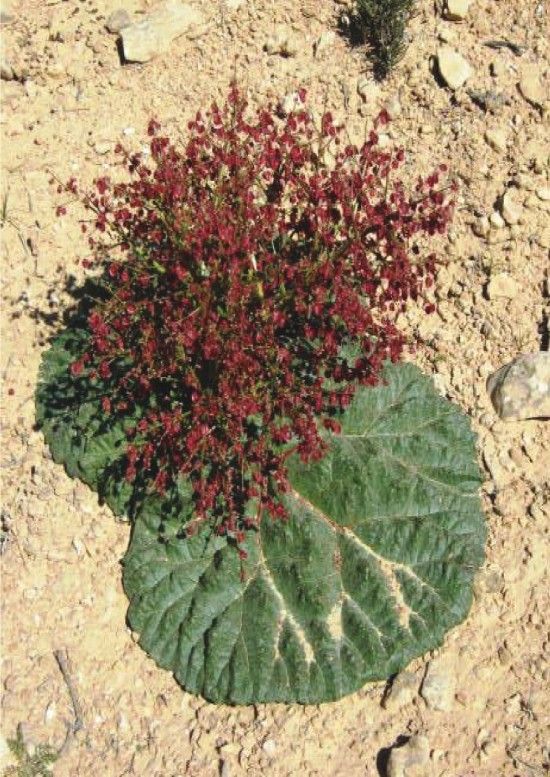 It doesn’t happen often, but in 2010 the Working Holiday group was lucky enough to visit in a year when there had been sufficient rainfall in December and January to cause the Negev desert to bloom.  The group were astonished that such delicate-looking plants could survive and thrive when growing out of what appeared to be sand and rocks and to find out how the plants had adapted to survive in such harsh extremes.

The Working Holidays are operated on an ‘at cost’ basis by the UK Friends, who are keen to raise the Jerusalem Botanical Gardens’ profile.  The 2015 holiday will be the 27th Working Holiday and is planned for 1-12 March.  It will cost approx. £1,100 for half-board in a shared room or £1560 for single occupancy. For it to go ahead, a minimum of 10 people must have signed up by 31 January 2015, so if this is of interest, please get in touch quickly with the UK Friends of JBG at friendsjbg@gmail.com .  They are a registered UK charity and you can find out more about what they do by visiting www.friendsjbg.org.uk