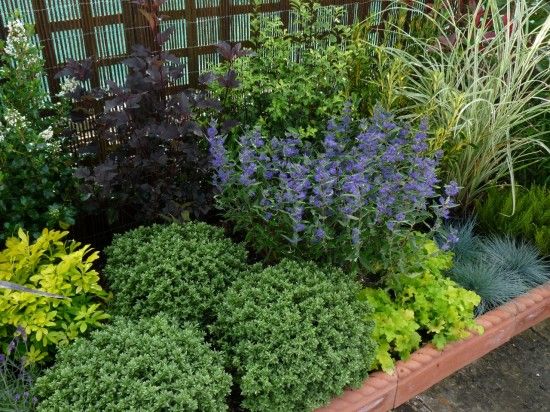 Perhaps that’s the reason for success of the shaker packs of colourful annuals we’ve seen in recent years.  You just sprinkle this mixture of seeds, fertiliser and some type of carrier onto your strip of ground: it grows, it flowers, it dies. No thought to all year round interest, shape, form or texture. Just a quick blast of colour in midsummer. 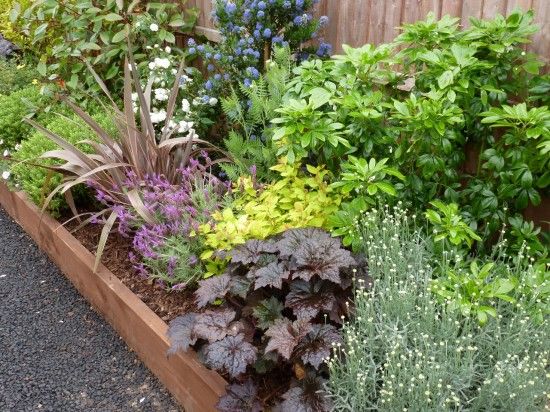 However I have always been a bit sceptical about ready-done, formulaic border plans. “Here’s my border – tell me what I need”. I know the design fraternity will be nodding in agreement. However in reality most gardens have straight borders that follow a fence line. Most garden owners will be able to define their craving for colour, at least enough to decide on the preference of a scheme. If they can decide whether that border is sunny or shady then that’s another step in the decision making process.

I took a look at Gardenonaroll, http://www.gardenonaroll.co.uk/ an innovative concept created by Antony Henn, a landscape designer with good plant knowledge. His aim is to enable the gardener to plant a well-planned border without the expert present.  The idea was born when Anthony was using wallpaper with markers to help children in a primary school plant their garden border. A simple idea to help not only selection but also plant positioning and spacing.

This is how it works:


You choose your ideal style of border, the width and length on-line, then everything you need arrives to your door.
There are eight different border styles to choose from and a choice of widths and lengths.
Ideally before the kit arrives the ground is well prepared by forking in lots of organic matter to give the plants the best chance possible. The website emphasises this. 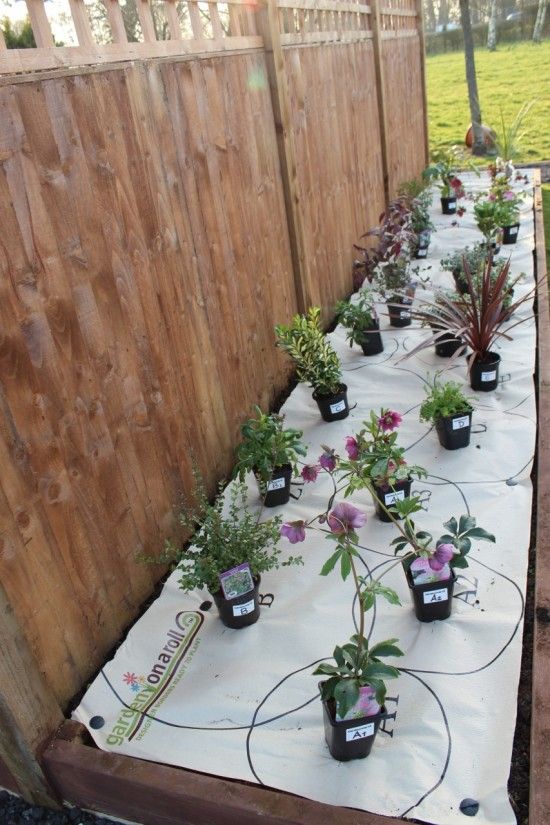 match the plants to the positions on the paper[/caption]

When the kit arrives you roll out the ‘Magic’ paper, peg it down and set out your plants matching the letters on the pots to the matching letter on the paper. 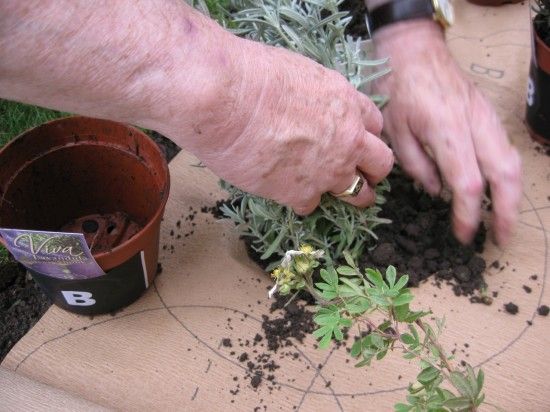 cut a croos in the paper and plant through it[/caption]

Cut a cross along the dotted line and after removing the pot, plant into the prepared soil underneath then cover paper with compost, the paper will bio-degrade in 6-8 weeks suppressing weed growth in the meantime and then adding humus to the soil. 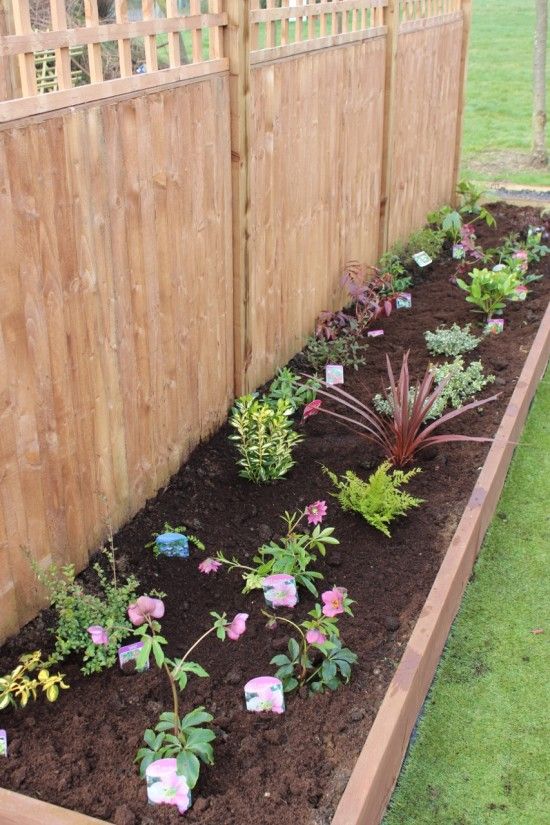 cover the paper with compost[/caption]

One year later you have a good looking border with space to add a few flowerbulbs if you wish.  This is the border for shade – one of the challenging situations that face most people with small gardens. It’s also the situation where most wrong choices are made 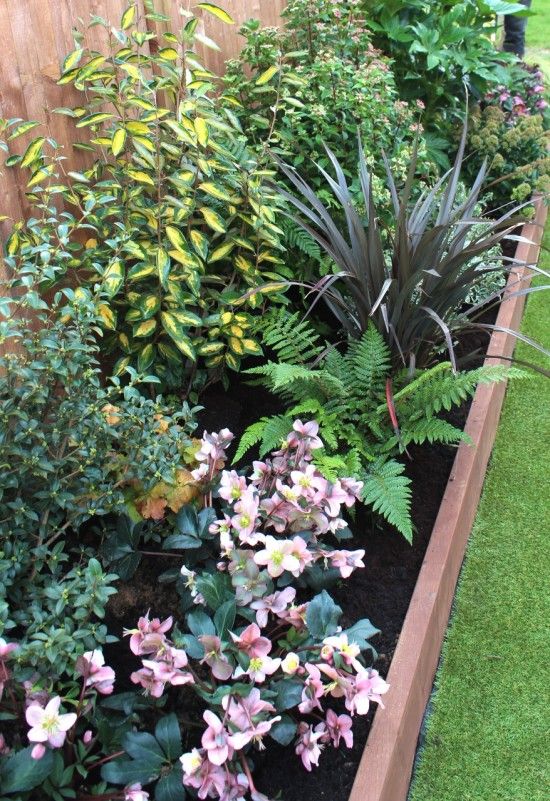 The Gardenonaroll kit includes: the printed bio-degradable paper template that shows where to plant, the ‘lettered’ plants required to match the circles on the paper, pegs, fertilizer, and instructional DVD. 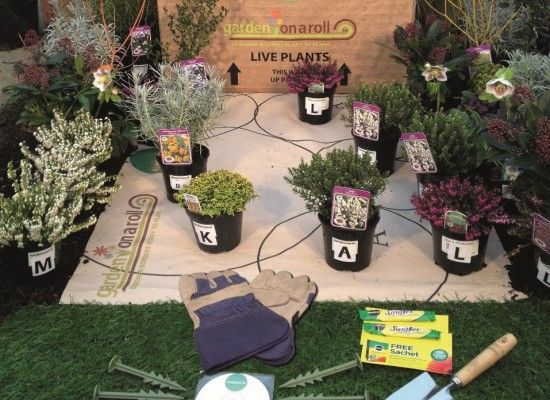 Gardenonaroll works in partnership with Digswell nurseries, a community project, who provide training and work-based skills for vulnerable people. Many of the plants supplied are grown there and in other local nurseries.

I think this is a good way to get a new gardener started in a new garden. It would make a great wedding present, in fact there’s a wedding border with just that in mind. It isn’t the definitive answer to garden design, but it doesn’t aim to be.

What do you think? Do you like or loathe the idea? If you don’t like it what’s your alternative? Personally I think the concept is great and the plant choices are good. For me the plant selection is all important and not something I always feel positive about in more sophisticated garden designs. 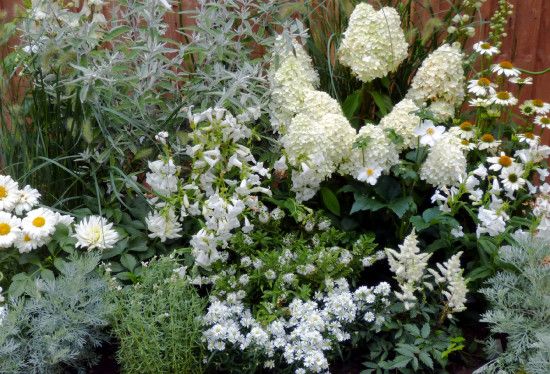