Acers, commonly known as maples, are well-known for the rich colours of their fall foliage. The best known for their autumn colour are probably certain Japanese maples and the sugar maple, Acer saccharum, the sugar maple and Acer rubrum, the Canadian maple.

However many others also colour well at different times from late summer through to early winter. The performance often depends on climate and soil and can vary greatly with the season and the individual specimen.

However as it is often raised from seed, the colour can vary from tree to tree. A lovely tree for the small garden, it is slow growing and needs a little patience to enjoy it at its best 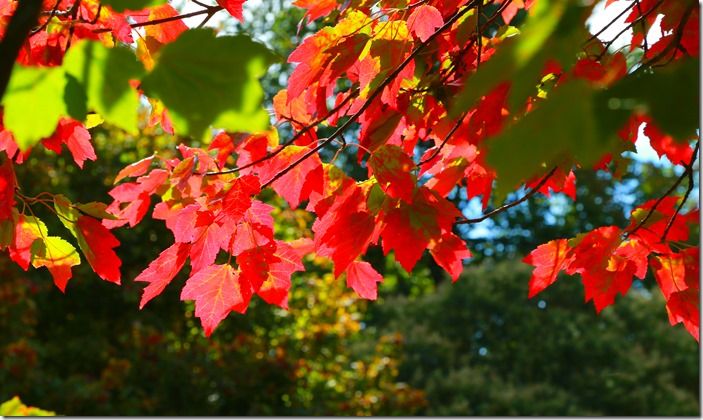 Acer rubrum ‘Schlesingeri’, a selection of the red maple noted for its superb red autumn colour is one of the first maple to turn, already glowing warmly in early autumn.

As this is a named clone the colour should be fairly consistent, but it is influenced by soil type. It will grow happily on limey soils, but the colour will be disappointing. Neutral to acid soils produce the best tints. 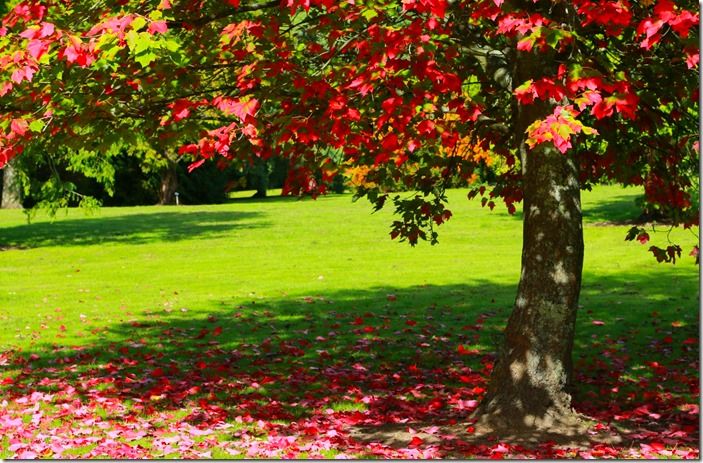 Known also as the Canadian maple, Acer rubrum is ultimately a large tree, taller than broad. Once established it grows quite quickly and makes a wonderful specimen in a meadow or paddock. An excellent subject to light up the landscape later in the year. 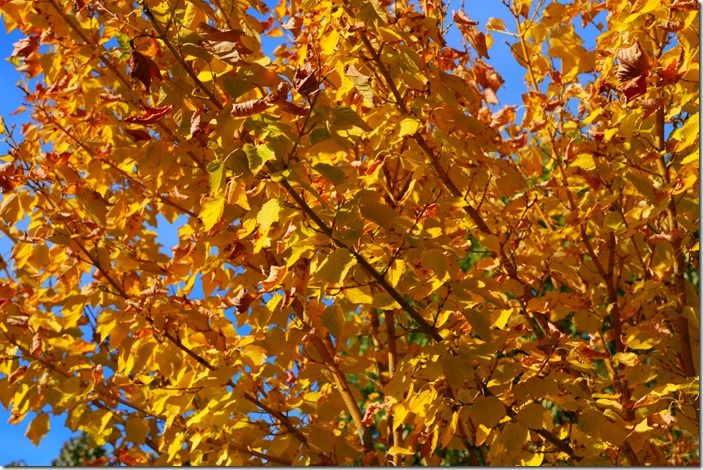 Acer pensylvanicum ‘Erythrocladum’ is a variety of snake-bark maple native to North America. The species is known commonly as moosewood and has pale green stems striped with white and pale green.

‘Erythrocladum’ is a beautiful form with salmon pink shoots streaked with white, conspicuous in winter. It is not a strong grower and is best hard-pruned when young and grown as a multi-stemmed specimen.

Bark and shoots may be its best known attributed, however the butter-yellow colour of its fall foliage can be spectacular on acid soil. 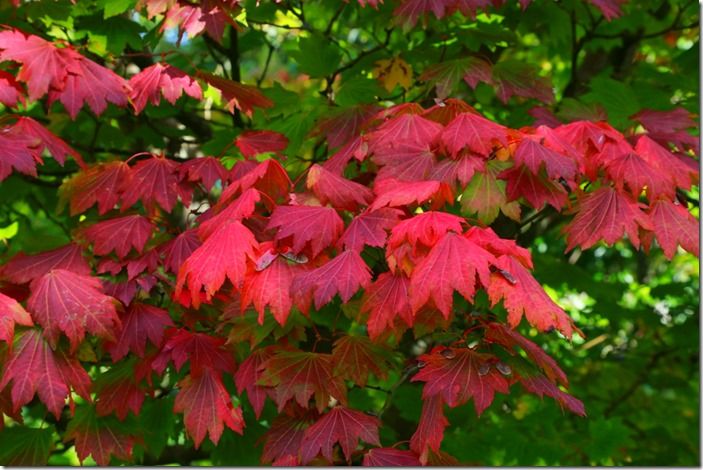 Although Acer palmatum is the best known Japanese maple, Acer japonicum, also from Japan is very beautiful. Large, rounded leaves with small pointed lobes are beautifully poised on the branches.

Dark green, soft and felted in appearance they colour dark red and orange in autumn. Acer japonicum is a small, rounded tree and likes rich, fertile soil that does not dry out. 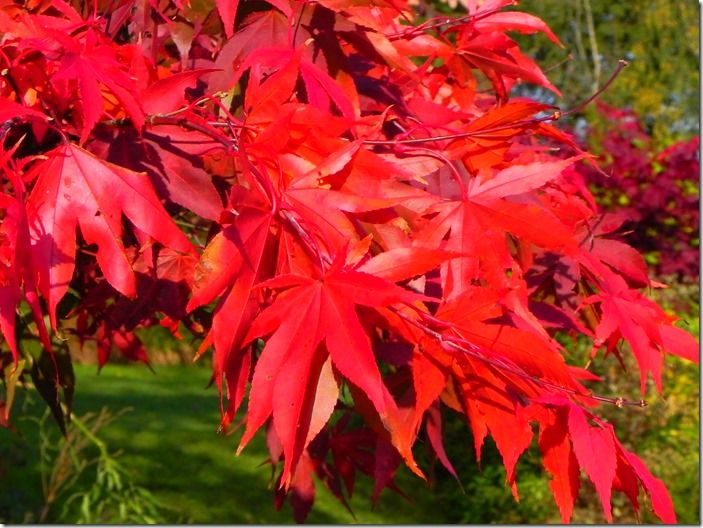 The Japanese maples, varieties of Acer palmatum, like similar conditions, however the plain leaved varieties with lobed rather than finely cut foliage are tougher and more tolerant than often thought.

They are not too fussy about the pH of the soil, as long as it is fertile and moist and does not suddenly dry out. The foliage can be damaged by cold winds, so some shelter is preferred, however they do like an open sunny position for best foliage colour.

The red-leaved varieties turn muddy-brown in shade. Acer palmatum ‘Ozakazuki’ is perhaps the best known for autumn colour. Olive green with reddish leaf edges through summer and red-winged fruits the fall colour is flame-scarlet and long-lasting. 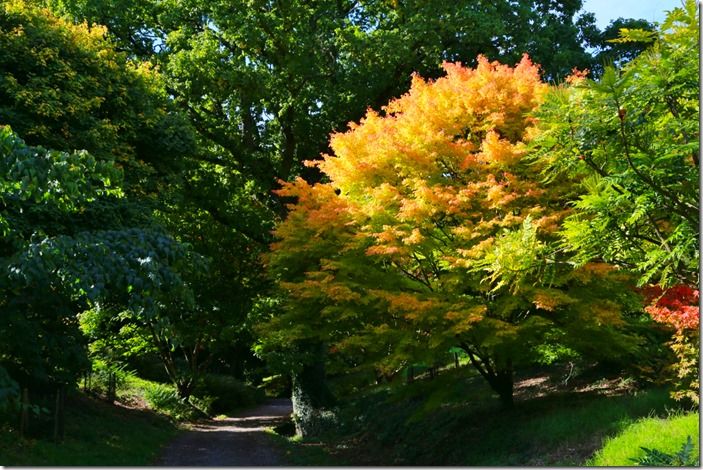 Acer palmatum ‘Sango Kaku’, the coral-bark maple is best known for its red stems which are so effective in winter. As a mature specimen it grows into a lovely, spreading, rounded tree of soft appearance.

The foliage is light green through summer and the habit open enough to reveal the red stems. 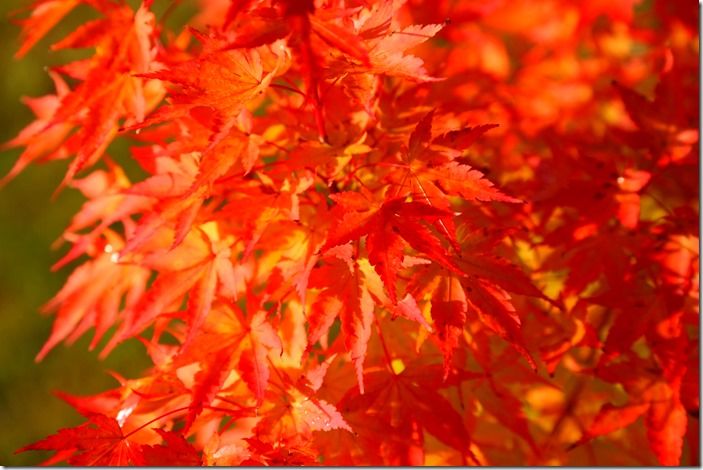 In fall the small leaves turn anything from rich butter yellow to bright orange-gold. As a young plant this is a lovely choice for a container on a sheltered patio where it will enjoy some shade from hot sunshine.

The stems are so effective in winter after the splendid autumn display. 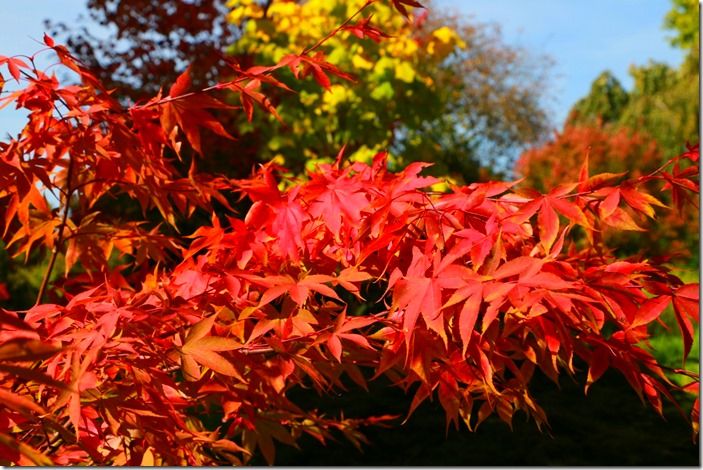 There are a great many cultivars of Acer palmatum to choose from offering a wide range of leaf forms and colours. Acer palmatum ‘Korean Gem’ is not one of the best known, but it is worth looking out for.

With larger leaves than many and dark purple twigs it is a tough maple with spectacular scarlet fall foliage. Its greatest attribute is just how long the colourful leaves last before they fall; much longer than most. 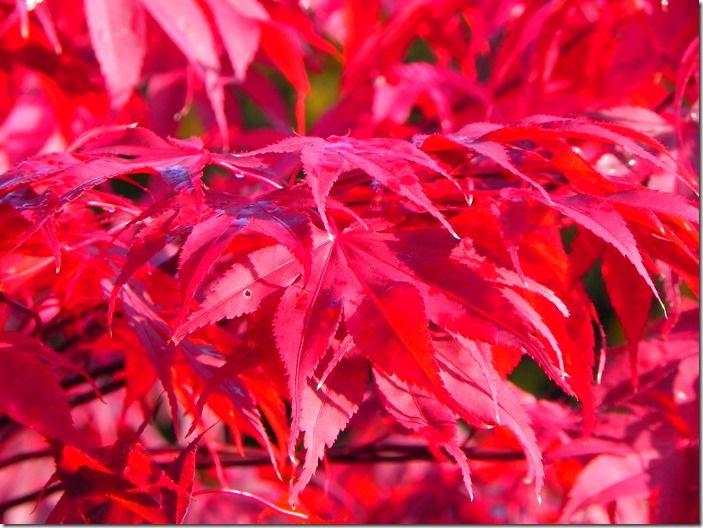 Acer palmatum ‘Bloodgood’ is one of the best known and most widely planted Japanese maples. With deep purple-red foliage throughout the summer, dark twigs and an upright habit it is a fine tree for the smaller garden.

It is also suitable for growing in a large pot on a balcony or in a courtyard. The rich crimson autumn colour is surprisingly good on most soils and it is resistant to scorch and wind damage. 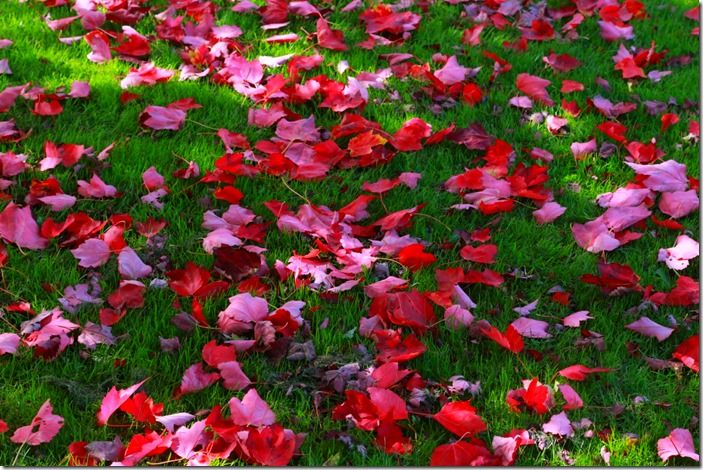 I am a great fan of maples as shrubs and trees in gardens. Why not join me on one of my four week online courses and learn more about using maples as part of your garden plant palette. 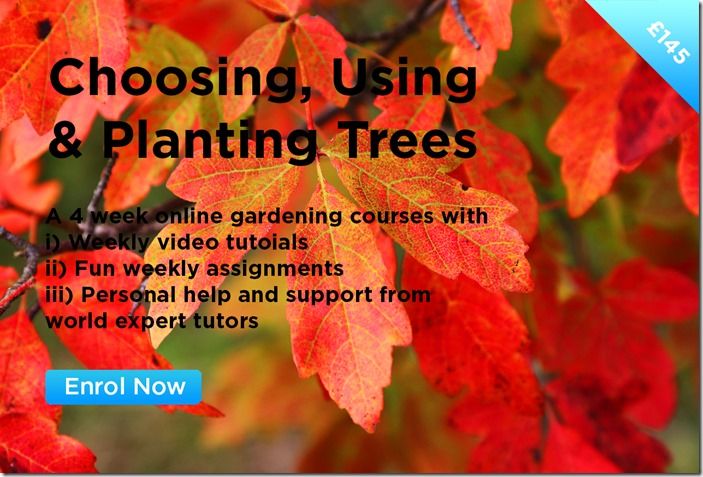