Grasses simply are the best thing in the garden right now. At the most dismal time of year, when there is almost nothing else to take our minds off grey skies and cold winds, grasses can not just make an impact but actually look really good.

One great advantage most grasses have is physical strength. They are simply stronger than the stems of nearly all flowering perennials, so they are less likely to snap off in strong winds or collapse in a soggy heap after a storm. Their flexibility helps too, enabling them to bend in the wind.

The key to using grasses effectively in the garden is light. Quite how you use light is a bit dependent on where you are. At northerly latitudes, like the British Isles or The Netherlands, there is a magic time in late afternoon, when low sunlight can light up grasses like magic, emphasising every little difference in the russet colours of their stems, or making seed heads shimmer with silver. But..... they have to be in the right place so there is enough sunlight at the right time. 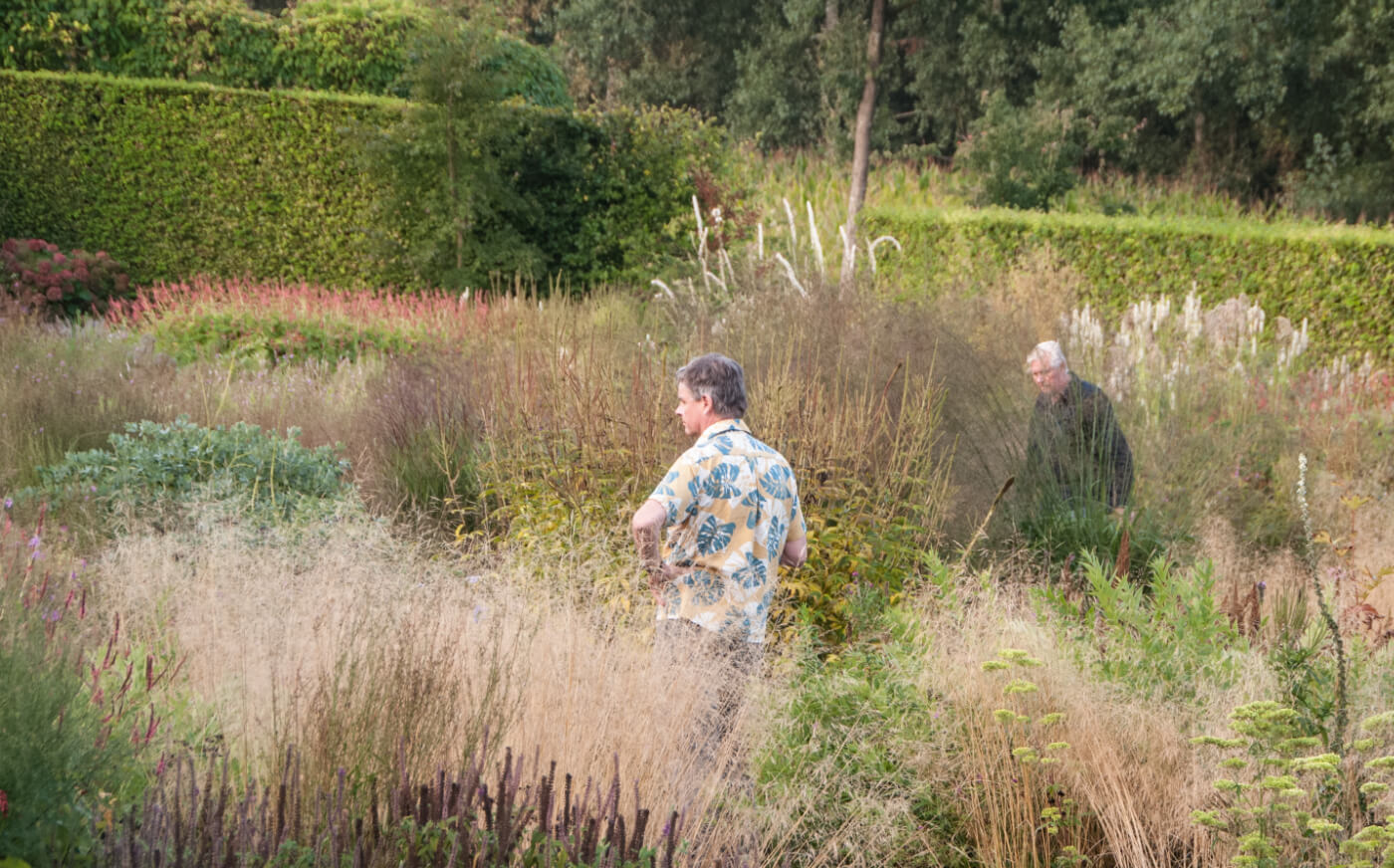 A key difference between grasses and flowering perennials, is that many, certainly the ones that look good at this time of year, look best when backlit. Since sunlight is low at this time, this should not be too much of a problem, but bear in mind that backlit grasses often look their best against a dark background. The seed heads of miscanthus grasses or Stipa gigantea, lit up against a dark backdrop, such as a conifer, or massed deciduous trees can be quite spectacular.

At more southerly climes, where winter sunlight is stronger and comes more from above, the subtlety of all the different browns and fawns will be lost. Instead the straw colour of the dead grass foliage will be the main impact and the shadows cast by the shapes of different grass species. 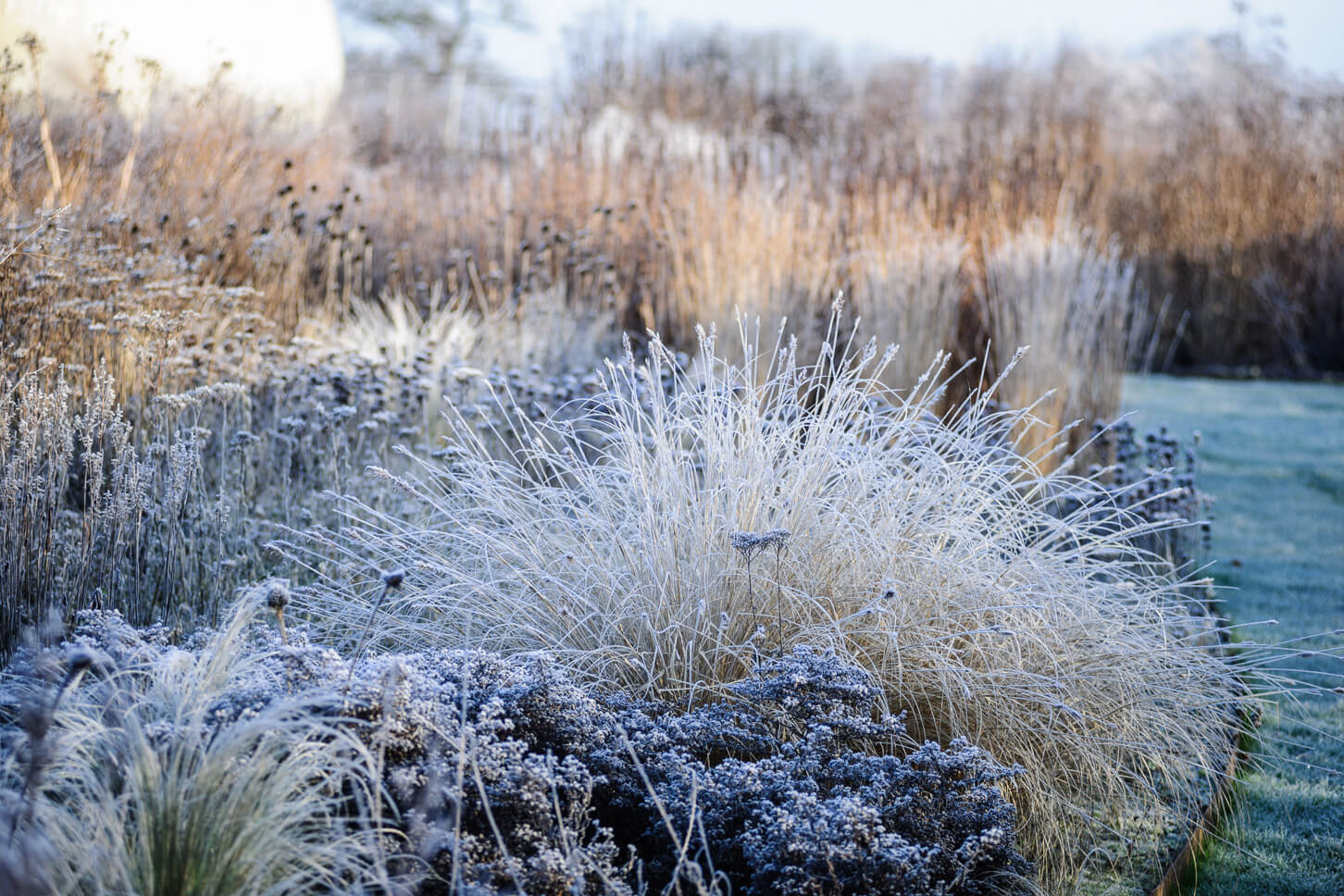 There is one other visual effect which grasses are really good for, and one which is not dependent on sunlight. The seed heads of most of the medium to lower level grasses we grow are, in comparison with flowering perennial seed heads, light, diffuse, wispy; the contrast that can be created by juxtaposing them with dark and more defined perennial seed heads can be dramatic, and it is any easy effect to create in a variety of situations.

The range of grasses now available is good, but could be better. There are more at the lower size range than the medium or larger, many of these smaller varieties being evergreen and having a very different character. It is of course the larger ones, with good seed heads that should be the main focus for this time of year. Of them, I shall mention three. Calamagrostis 'Karl Foerster' is an old hybrid which has an incredibly long season, from June through to February, with very upright flower stems to around 1.5m. It is the ultimate garden vertical punctuation mark. Miscanthus sinensis 'Yakushimensis' is a small version of the miscanthus grasses which many people admire but are too large for many gardens. At around a metre, at the most, it makes a fine slow-growing winter accent for a border. Finally, the up-and-coming Sporobolus heterolepis has great clouds of hay-scented flower and seed heads in late summer, one of those with a look best described as 'wispy'; to around 80cms in height it is tolerant of summer drought. 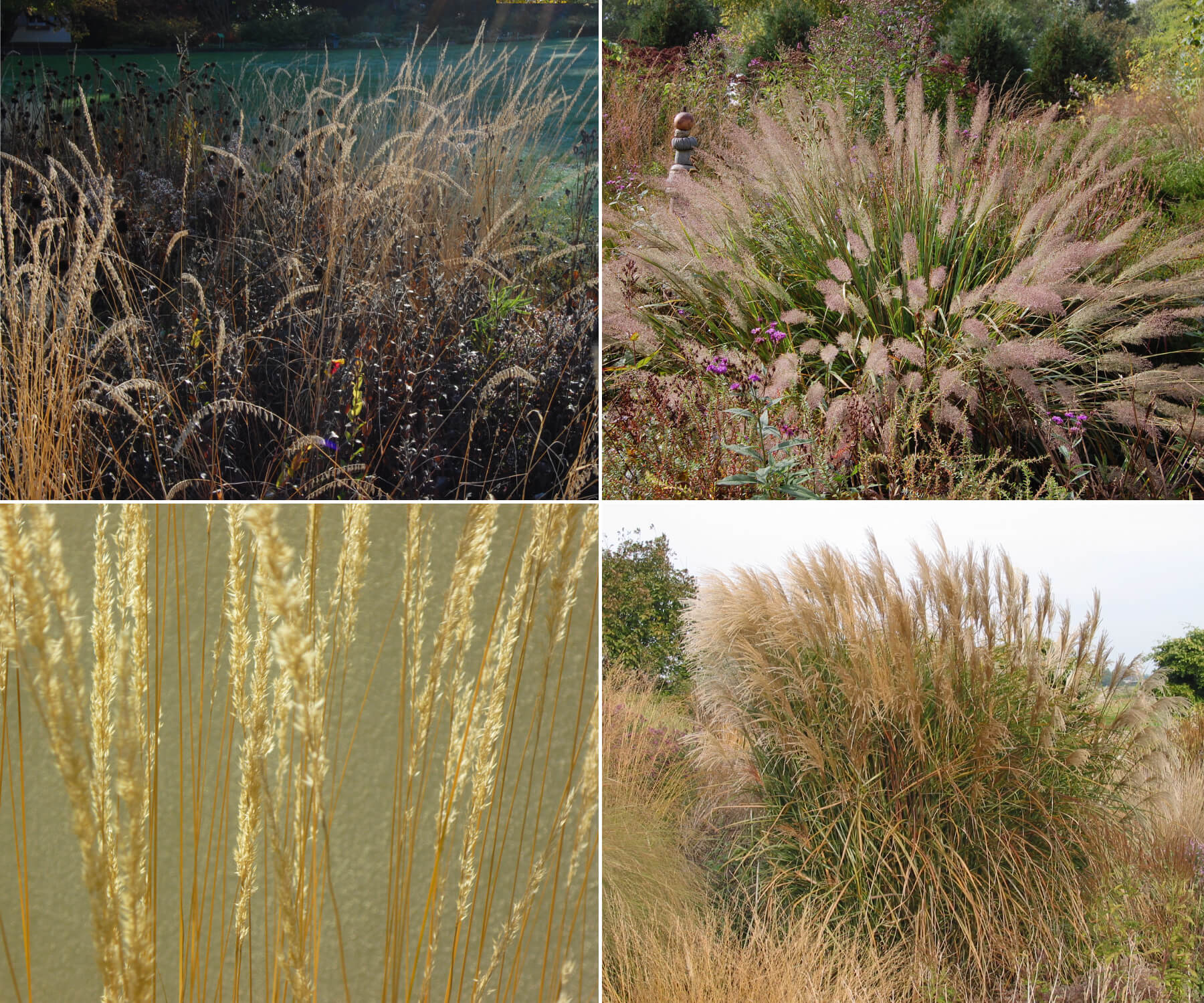 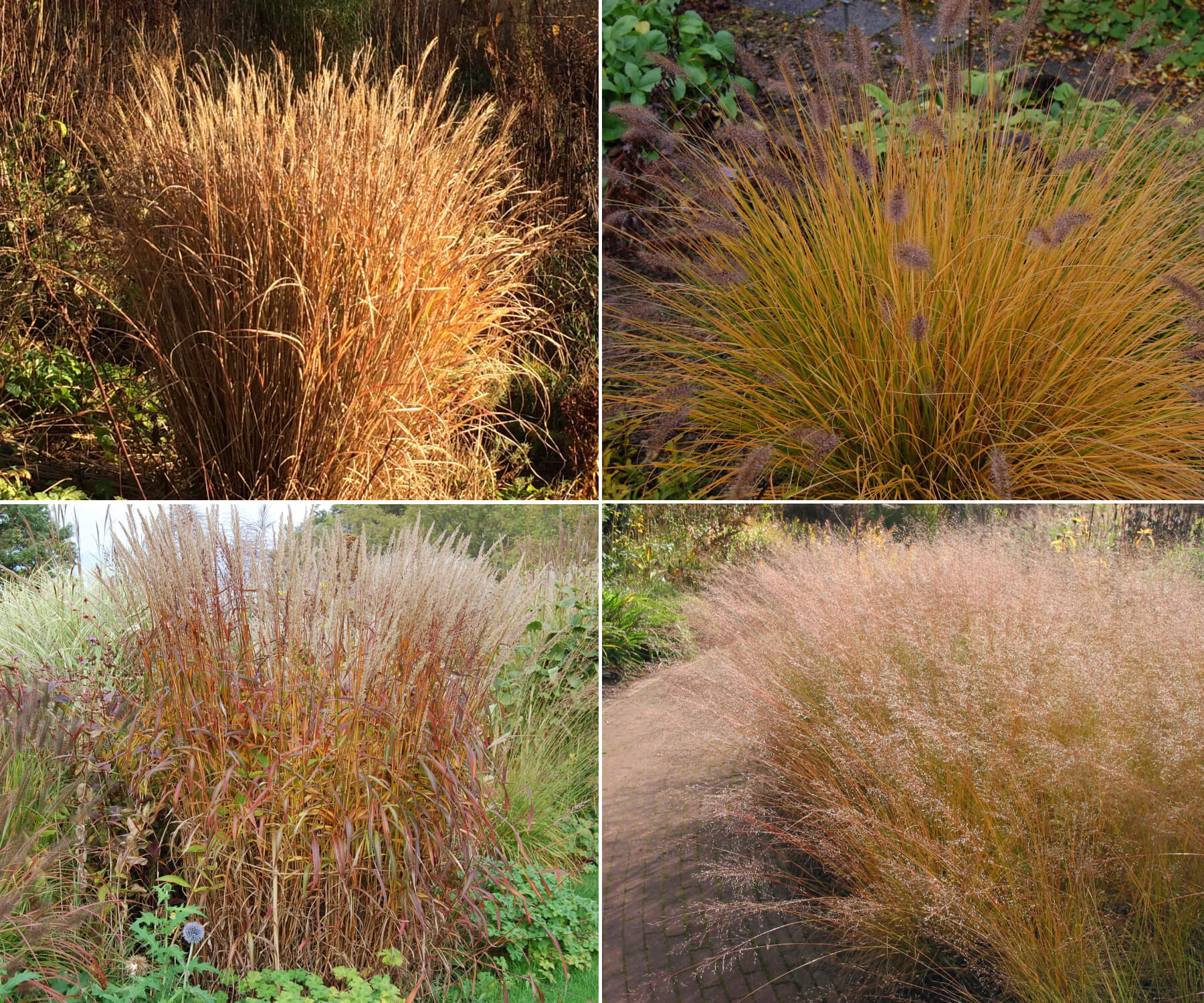 More than anything, grasses are easy, needing full sun, and any reasonably fertile soil. They vary greatly in growth rate, the range currently trendy being quite modest growers that will not need reducing in size for many years