Repairing the damage after winter


Winter wet, especially if it is followed by frost, takes its toll on the many of the plants in your garden. For some of us gardens are waterlogged and the mild weather has resulted in soft growth. Some plants have never really got into winter mode and spring shrubs are even starting to flower. Evergreens in particular have sustained damage, and plants that are normally quite hardy seem to have suffered more, despite warmer temperatures. Here’s a review of things to look out for and action you should take. 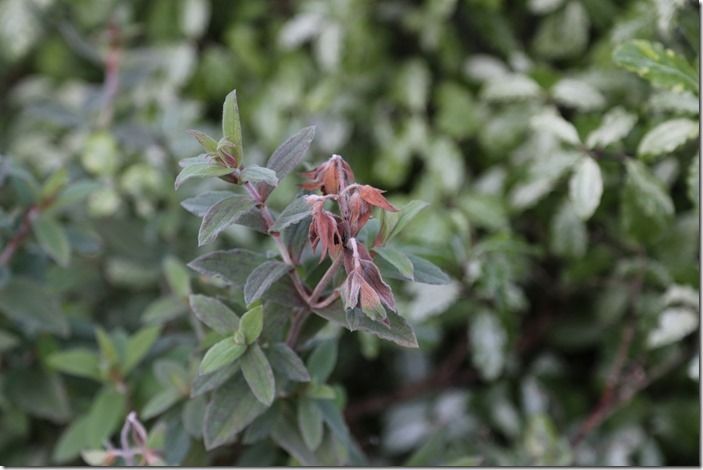 Some damage is purely superficial and regrowth will follow in time, so don’t be too impatient. Evergreens such as cistus, pittosporums and some of the small and narrow leaved hebes are often damaged at the growth tips leaving, the stems and foliage beneath relatively unscathed. Wait until mid-spring before you wield the secateurs and then prune out the damage. A good mulch with garden compost and an application of a slow release fertiliser will encourage a flush of new growth that will quickly cover the damage in a month or so. If the weather turns cold again protect the plant with some horticultural fleece tied loosely over the top of the plant. 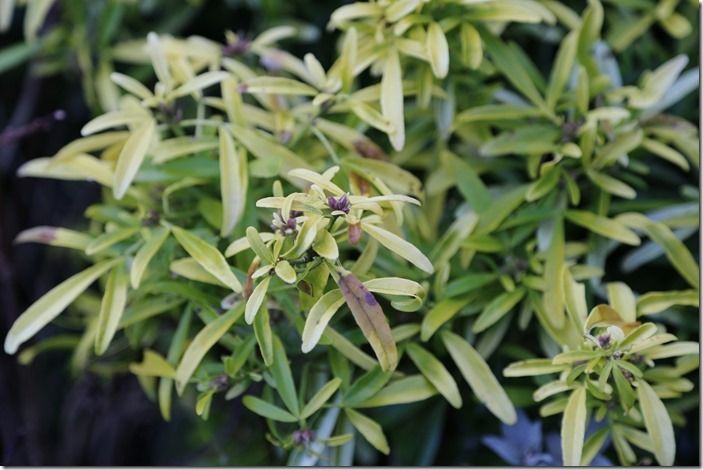 Choisyas are often damaged at the tips of the shoots. So these should be cut out around mid-spring when the days are a little longer. Rather than just cutting back the tips try to take older damaged shoots back into the shrub to encourage re-growth from lower down. This will avoid all new growth on the outside and a hollow centre. The yellow leaved varieties always look sick after cold wet winter weather. The leaves are bleached and white and often brown at the tips. Healthy golden growth will follow as soon as you snip out the damage. 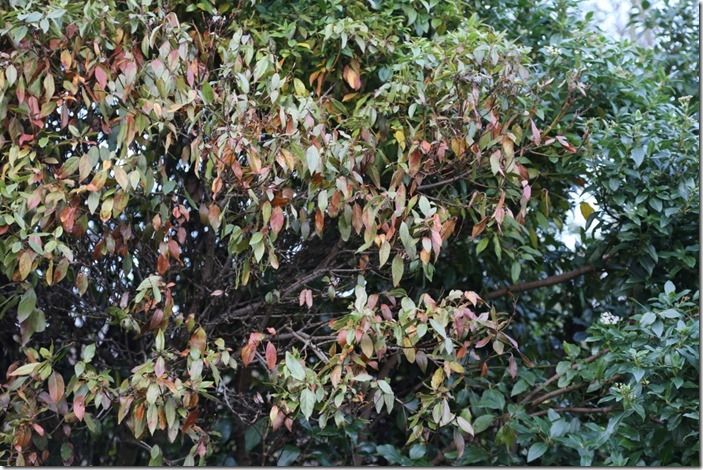 Sometimes damage is more severe. A big Viburnum tinus in my garden has developed a large dead patch which has spread through part of the shrub. Investigation reveals that this is a whole stem arising from ground level. In some cases this type of damage is caused when part of the root system “drowns” through waterlogging. As I am or sandy soil I doubt this is the cause, although the wet has contributed. I blame this on fungal or bacterial infection; probably verticillium, phytophthora or rhizoctonia. In this case I’ll cut that part out and reduce the rest accordingly. If it looks worse by mid spring I’ll remove it. 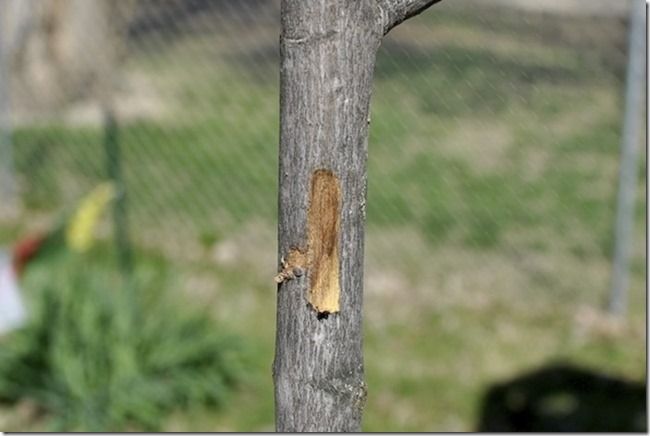 Mid spring is quite a good cut off to remember if there is die-back. If no new shoots appear from lower down, carefully scrape the bark in two or three places and examine carefully. If the bark peels away easily, is soggy and brown underneath then the plant is dead. Do not waste time, remove it and replace it. If the bark feels firm but soft and is green and moist beneath then there is a good chance that it is still alive and growth will follow. At the end of the day every decision has to be made on the individual circumstances. If the shrub we are talking about is a valuable treasure then it is worth cosseting and nursing back to recovery. If it is inexpensive to replace, perhaps nearing the end of its useful life anyway, or will detract from the appearance of the garden for the coming season, then removal and replacement is the best option. 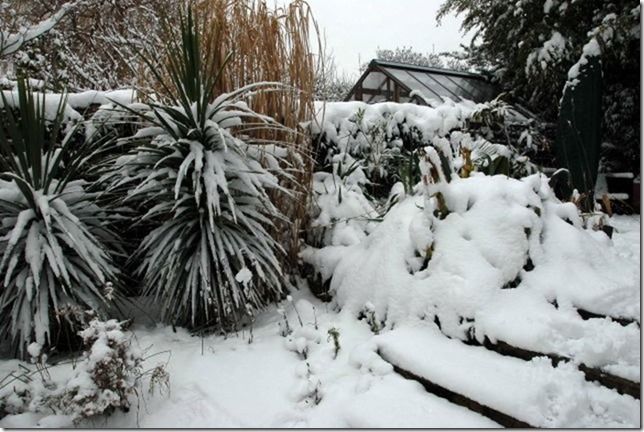 Sometimes winter damage does not show until later in the spring when the weather warms up. Some evergreens seem to maintain their appearance until the sun comes out; the leaves then suddenly lose lustre and collapse. Cordylines, phormiums and astelias are notorious for this. In the case of a cordyline it is usually the growing tip that is damaged and dies out. Given time new growing points will emerge at the top of the stem between the remaining leaves and new shoots will emerge resulting in a branched plant. If all but one of these are removed then the plant will recover as a single stemmed specimen in a year or so. 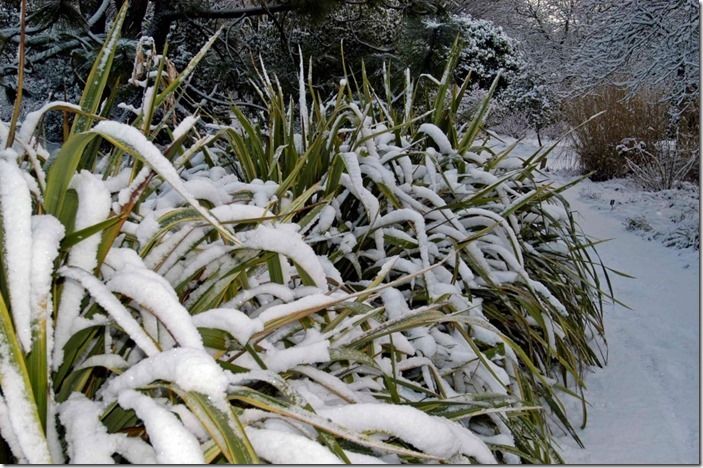 Phormiums collapse from the base of the plant and if this is severe then replacement is the only solution. It is usually those varieties with highly coloured and striped leaves that are most susceptible to frost damage. It may be better to replace with a plain purple variety or Phormium ‘Yellow Wave’ which is one of the hardier varieties. 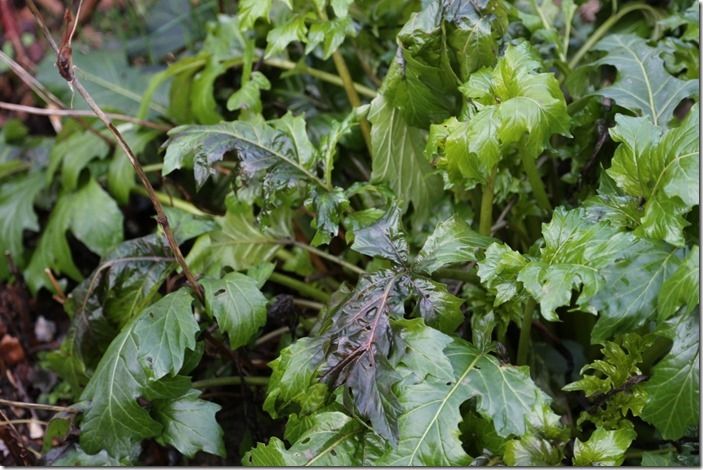 Of course woody plants are not the only ones to have sustained damage. Evergreen perennials such as acanthus and evergreen agapanthus often get hit by frost if they were growing happily in early winter. Again I wouldn’t be too hasty here. Wait until mid-spring then remove the soggy damaged foliage. Recovery is fast. By late spring there will be no signs that any damage ever happened.

Whatever happens don’t forget to aid recovery and regrowth by applying a slow-release balanced fertilised in mid spring; don’t do it now it could promote more soft growth. Apply it when the plants can use it and are seriously starting into a new season’s growth.