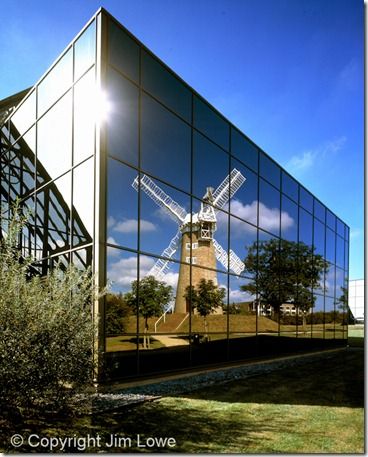 In this first article we will look at the photographic equipment needed to create great architectural photography.

The world’s oldest surviving photograph was an architectural subject taken by the Frenchman Nicephore Niepce of the view from the window at Le Gras.

Buildings were the first examples of photography because they were the only subjects that kept still long enough for an exposure to be made.

As photography evolved many architects and builders understood the commercial possibilities of architectural photography.

Buildings have mirrored society's appreciation for architecture and its cultural significance and by the mid nineteenth century onwards, architectural photography started to become an established visual medium.

Architecture has changed significantly changed since those early days and so has photography, probably even more so.

Architectural photography at its best represents something attractive to the viewer, whilst at the same time making them aware of the buildings that play such an intrinsic part of their everyday lives.

Architects, builders, designers need to market themselves as much as anyone else in the commercial world, so the photographer who can promote their ‘wares’ better than the next person will receive their patronage time and time again.

After a while your client will become to rely on you, especially after the initial commissions where you have proved that you can be trust to deliver great photographs and on time.

Think laterally and see if you can find some interesting compositions and perspectives that most other architectural photographers would miss. 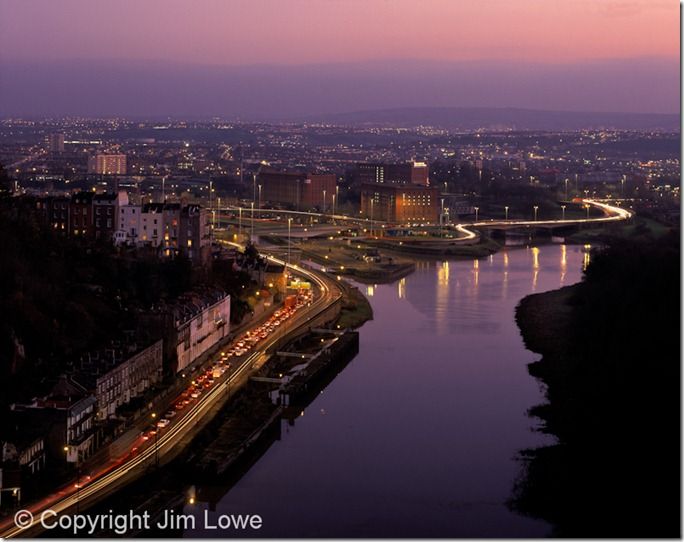 There are a number of principles and techniques which are relevant to most situations.

With practice, your style will develop and you will ‘see’ your subjects in a more creative way, avoiding commonly-repeated and stereotypical compositions

The choice of camera is down to the photographer. Cameras could be anything from a DSLR to a large or medium camera with a digital back but whatever camera you use it is important that the lens is of good quality.

It is pointless to go to great lengths to capture ‘the’ shot only to be let down by a poor quality lens. The light passes through the lens, so the better the lens the better the images quality.

The image quality of the pictures made by your camera have to be adequate for what the industry generally requires and suitable for printed enlargements. 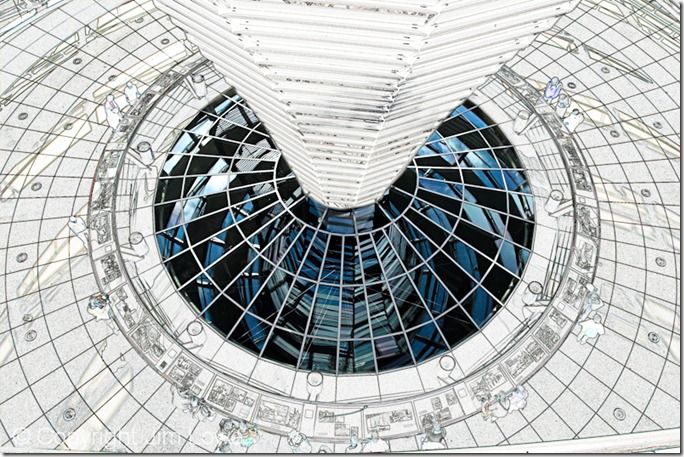 Some contemporary DSLR cameras are now able to produce excellent quality moving images in the form of a short film.

Many agents working in the architectural/building industry now expect a short ‘walk’ through sequence of their properties so that clients viewing on the Internet can have an almost 3D aspect of the building, especially the interiors.

A solid tripod is essential. There will be many occasions when your exposure time is long so you will want your tripod to keep the camera rock steady. A geared head will make the job of positioning the camera a lot easier, especially if you are in a hurry.

Some photographers prefer to have the “live preview” option when the camera is tethered to a computer and each image can be analysed after each exposure.

Generally this is a useful feature when shooting interiors but can be very time consuming on location out in the field. Having a computer constantly tethered to your camera can be very restrictive, even with ‘wireless’ tethering. 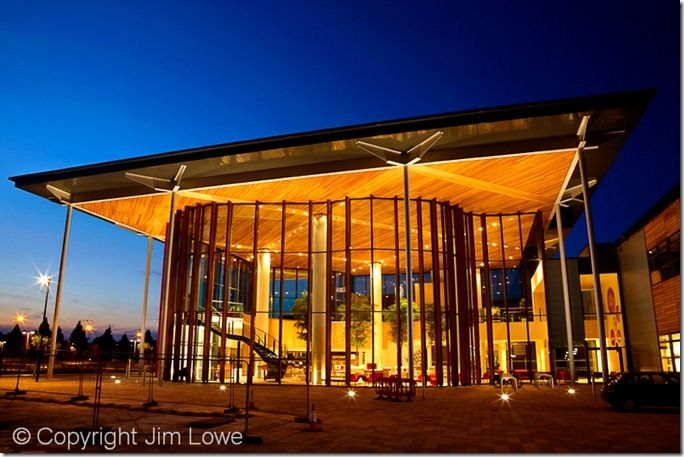 I tend to prefer to download images onto my computer at certain stages of a shoot and show the client the progress so far.

This means that if you have to re-shoot it is not too arduous and the images are safely stored onto your computer.

A useful piece of kit to carry at all times is a small spirit level.

Most good tripods will have little spirit levels on each face of the head but a small portable one is useful to place on the camera just to confirm it is level with the subject.

Again choice of lens is down to the photographer but it is generally accepted that there would be one ‘normal’ lens, a wide angle and long focus lens in the camera bag.

The qualities of your lenses are crucial after all they are what the light passes through to create the image.

To a purist the standard camera lens is what should be used when taking architectural pictures.

The lens is designed to suit the camera system and generally can be relied upon not to distort the perspective of the building.

A standard lens gives the same sense of perspective as our eyes; this means that the angle of view is similar, resulting in images without distortion. 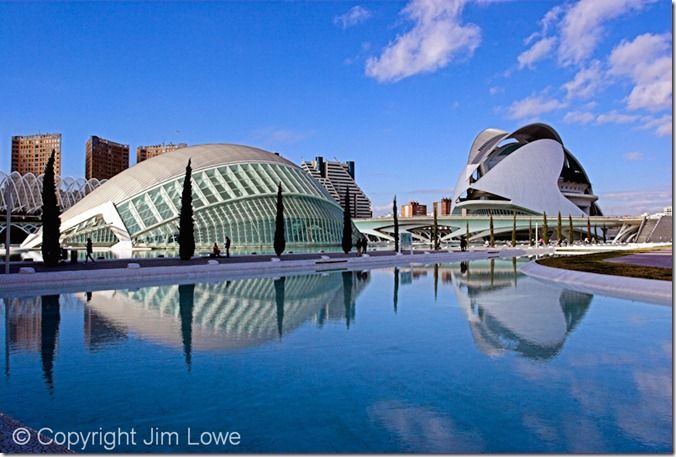 A standard lens is designed to portray subjects in a natural way and many architectural photographers only use it for the majority of their interior projects.

By definition, normal or standard lenses have a fixed focal length.

This can deter some photographers, who think that it would be more useful to have a more versatile zoom lens, which offers a variety of focal lengths in one lens.

As a result they compromise on image quality to certain extent.

However, with a ‘fixed’ they more than make up for the lack of zoom by having superior optical quality and wide apertures.

This means they can capture stunning images in a wide range of situations and lighting conditions. Zoom lenses are more likely to attract dust into the barrel of the lens which eventually ends up on the image capturing sensor.

A fixed lens has no moving parts, apart from the aperture/shutter but these are incorporated within the lens elements and as a result no dust can penetrate the glass. 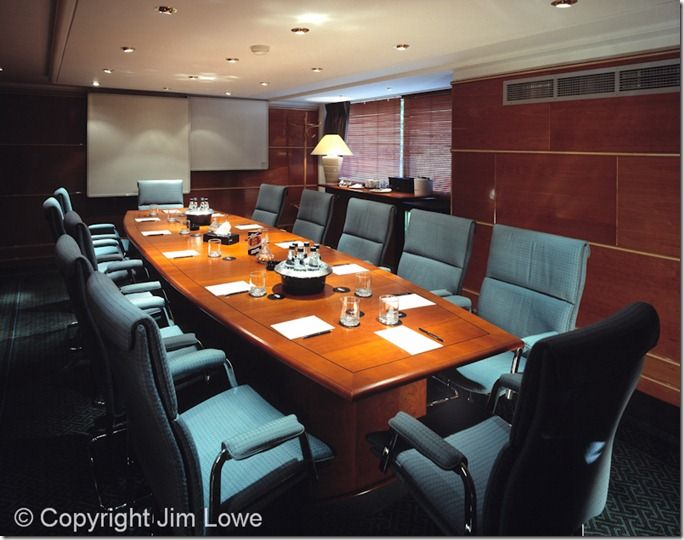 Standard lenses are usually of high quality, inexpensive in comparison to most zoom lenses and offer a wide maximum aperture, which gives you the ability to use it in the widest range of shooting conditions.

A good example of a standard lens, which should be included in every architectural shoot.

Standard lenses have an angle of view of around 50 to 55 degrees diagonally.

This is roughly the same as the angle that the human eye can comfortably view, which is why it gives a natural-looking perspective.

They tend to be very "fast" lenses (i.e. they have a wide aperture), making them great for indoor and low-light photography.

Using a standard lens usually gives the picture a natural feel, and helps focus attention on the subject, rather than distracting the viewer with an unusually distorted image.

A long-focus lens has a focal length that is longer than the diagonal measure of the film or sensor that receives its image.

It is used to make distant objects appear magnified with magnification increasing as longer focal length lenses are used.

A long focus lens tends to foreshorten the perspective and is useful for shooting from a short distance away but only if the building is not hemmed by other buildings or by street furniture. 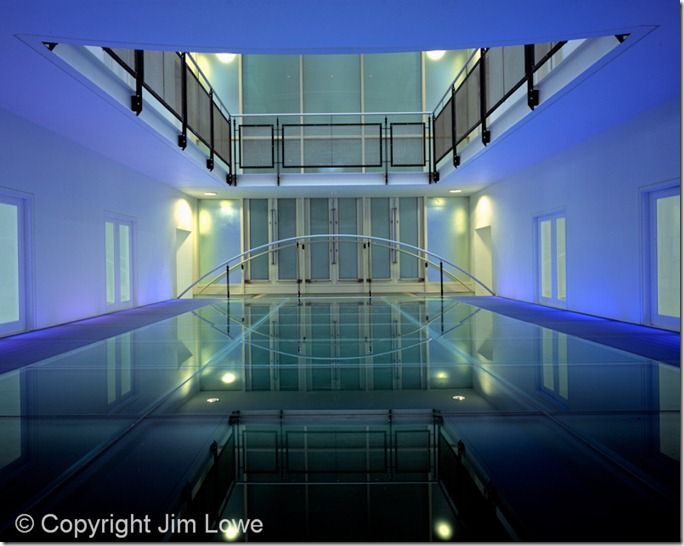 These lenses have an angle of view which is narrower than the human eye and tends to compress or foreshorten the perspective.

It is standard practice to mount a long focus lens on a tripod as the increase in magnification makes it more susceptible to camera shake, which is sometimes exacerbated by its weight and size in proportion to the camera body.

This lens is good for picking out details of a building which the eye at street level would normally miss.

Long focus lenses can be used to blur the background and photographers will sometimes use this effect to defocus the background in an image to "isolate" it from the subject.

In architecture it is accepted that buildings tend not to move too much, hence the use of a tripod which in turn allows for long exposures and shooting at small apertures, thus increasing the depth of field and minimizes any lens errors.

A good building detail which the architect had included in his ‘shooting list’.

The building was surrounded by others in the centre of Cardiff, so a long focus lens was the only way to capture this image.

The timing of the shot was deliberate as I wanted the sun, what little there was of it on that day, to be behind the building detail, otherwise it would have been a flat and uninteresting picture with a mono tone grey sky. 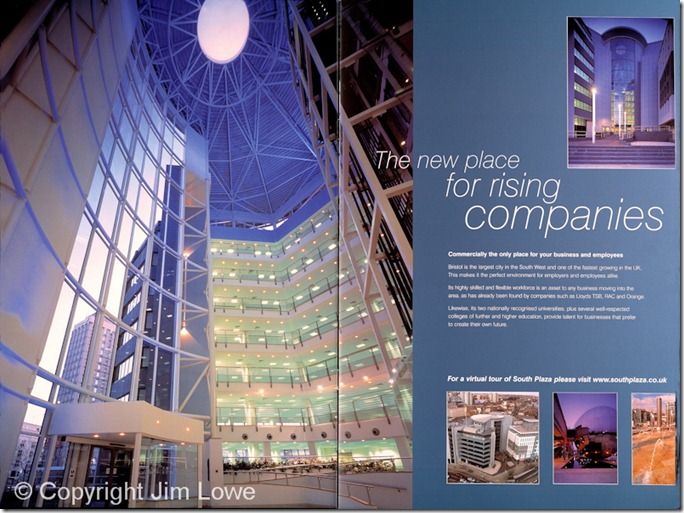 Sometimes a bit of luck and good timing can make all the difference.

The most commonly used lens for architectural photography is the wide angle lens.

There are degrees of wideness from the slightly wider than the normal lens to the extreme wide angle; such as the fisheye.

The wide angle lens has a wider angle of view than the standard lens at any given subject to camera distance which means you are able to capture more of the subject within the picture frame.

Wide angle lenses allow the photographer to get closer to the building and thus cropping off any other nearby buildings, distracting street furniture and traffic, both in terms of pedestrians and vehicles.

This is a good example of using a wide angle lens on location.

The building is part of the Heath Hospital complex in Cardiff and it was difficult to achieve a front elevation picture, which the architect asked for, as I am backed up against a neighbouring building, where a standard lens would not be wide enough.

Again to a purist such wide angle lenses distort the symmetry of the building too much but as a photographer they allow you to create visually striking images.

Used close up to the building a wide angle lens can emphasise a particular feature but care must be taken not to distort the subject too much as the resulting picture may be unacceptable to the client.

The short focal length of a wide angle lens gives a great depth of field and by choosing a small aperture the resulting picture should appear pin-sharp from the near foreground to infinity.